Skip to Content
Share
Tweet
Pin
0 Shares
I am a Feld Family Ambassador, and in exchange for my time and efforts in attending shows and reporting my opinion within this blog, as well as keeping you advised of the latest discount offers, Feld Entertainment has provided me with complimentary tickets to Feld shows and opportunities to attend private Feld pre-Show events. 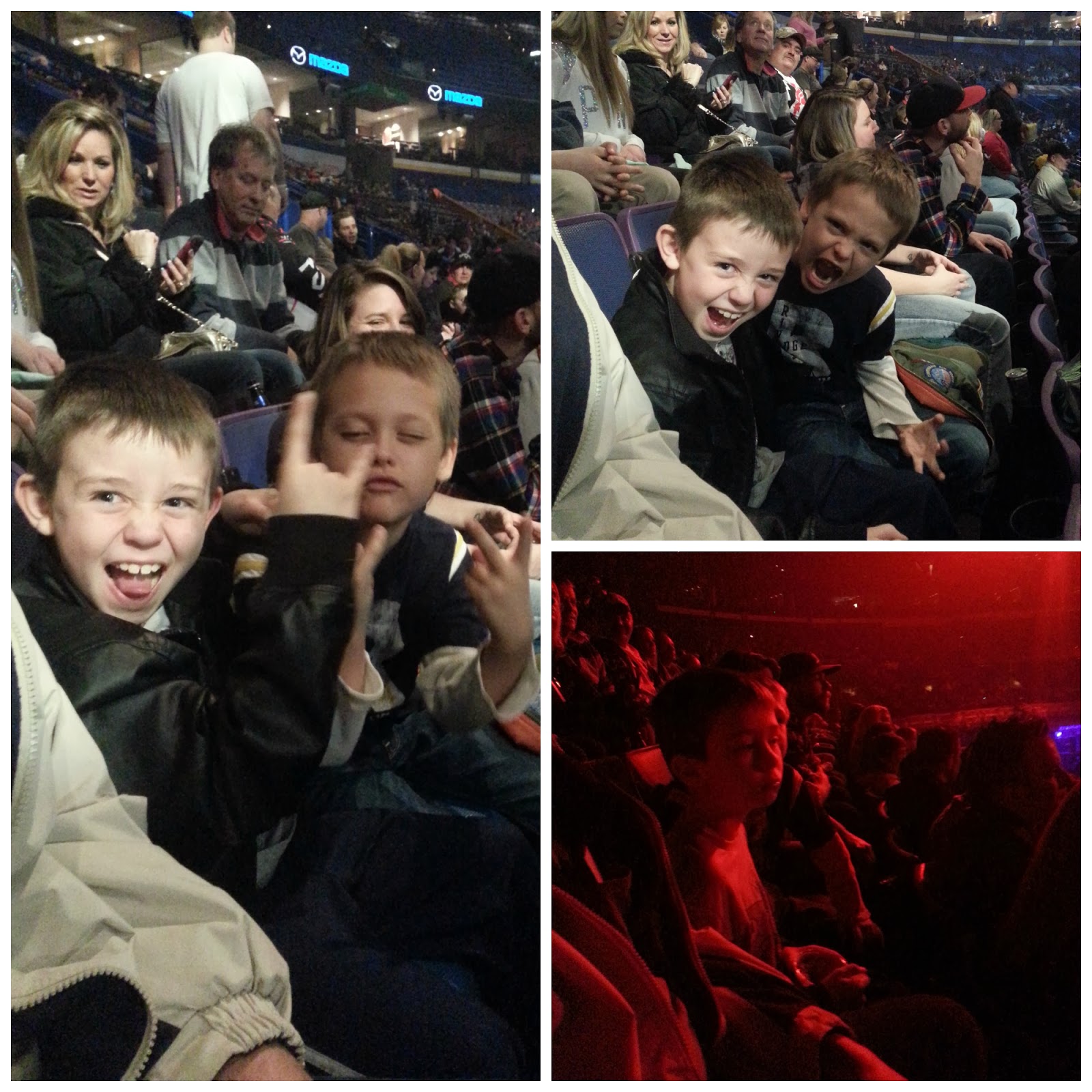 Last weekend my boys went to see the Nuclear Cowboyz show that came to St. Louis Scottrade Center.  As you can tell they were all pumped up to see it, finally a show for the boyz!!  Since this was a total “guys” type show, I thought I would let the husband write up a little review of it.  Here is his take:

Nuclear Cowboyz is a high energy, high flying adventure. The story is pretty thin, but I doubt that’s what people show up for. The real draw here is the motorcycles. Two teams, The Nuclear Cowboyz, and the evil Shadow Army vie for superiority with the latter being commanded by an evil queen and her cronies. They compete against each other in “You Got Served” fashion by seeing who has the cooler, more daring jumps. There are also two different teams of kung-fu fighting warriors that battle amidst the spectacular motorcycle display overhead, all the while flames and fireworks are blasting off, a team of scantily clad ladies dance with laser lights flashing, and very loud heavy metal music plays in the background. It seemed to be quite a hit with the Red-Bull swilling extreme sports crowd as evidenced by all the gel-spiked Fox hoody wearing backwards hat sportin’ young males and their female counterparts that made up the bulk of the audience. It plays for 45 minutes before a brief 15 minute intermission, and wraps up with another 45 minutes of action.

The kids seemed to really enjoy the show for the first half, watching and staring in amazement at the spectacle before them, but the second half offered little else. You can only watch the same smattering of jump stunts over and over so many times before it begins to feel stale, and you could see that sentiment on the faces as the show drew to a close. It was a good night of entertainment with some very daring and awesome stunts by the best riders in the business, but after a while it just felt like it was everything cool they could think of thrown together in one event: Kung- fu, motorbike stunts, flames, lasers, hot chicks dancing, and heavy metal…what’s not to love?!

thanks for the review! I was looking for real review. You kind of reiterated what I thought. 1 1/2 hrs of crazy jumps can start to get a bit boring. My sub 10 year olds will love it LOL!