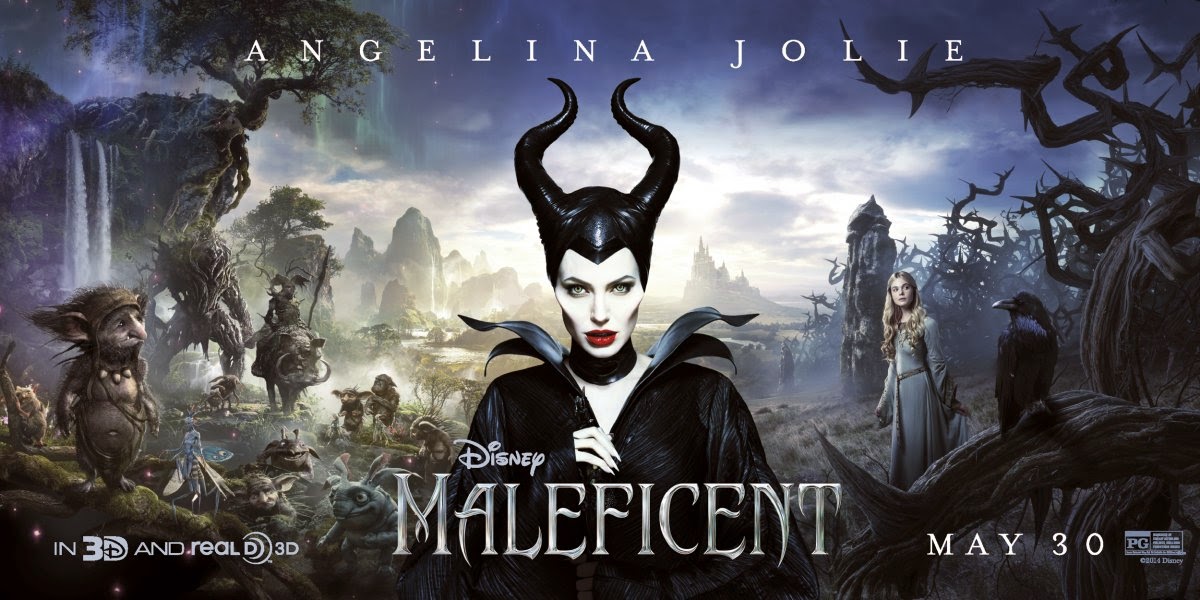 Last Wednesday I was invited to a sneak peek of Disney’s Maleficent!  I have been waiting to see this movie since I saw the first trailer and heard it was to hit theaters May 30th.  My 6 year old daughter caught a peek of the trailer as well and kept track of the days until this movie was out.  When I surprised her with sneak peek tickets, she was ecstatic.
The movie began in the magical land of The Moors where everything is full of rainbows, sunshine, laughter and whimsy.  The people of Moors have never really encountered humans until one fateful day Maleficent meets an orphaned boy name Stefan played by Sharlto Copley.  The young, beautiful yet winged and powerful Maleficent guides Stefan back into his human world but they continue to have a close friendship until adulthood.  However, Stefan began to change and crave the humanly pleasures of power.  When Stefan’s king announced on his deathbed that he would leave his daughter and kingdom to the person who would slaughter Maleficent, Stefan used his friendship to betrayed her and gain the crown.  Although Stefan spared her life, he did steal her wings leaving her in pain, weak and full of hatred and darkness.

Holey Moley, this is when Angelina Jolie totally shined, her portrayal of the evil being who casts a curse on King Stefan’s first born daughter, Aurora played by Elle Fanning, was SPOT ON.  Seriously once she turned to the dark side, there was no looking back and the image of her ever being that whimsical fairy was completely wiped from my mind.  Her angular face and piercing eyes was the gravy on the evil cake.  She was brilliant.
What I particularly liked about this film is the fact that Disney is coming into the world of strong women and their films/stories are no longer just focusing on the classic “boy saves girl.”  The stories are focusing more on the depth of the characters, WHY did this evil being place such a harsh curse on the baby Aurora?  What drove her into such a dark world?  Is there really such a thing as a true loves kiss?  Watch this movie and find out.  You will not regret seeing this one on the big screen!

Disclosure: I received complimentary tickets to preview this movie. All opinions are 100% honest and my own.

The whole package is an entertaining spin on a classic story. It does not always work but it is an extravaganza of a movie.