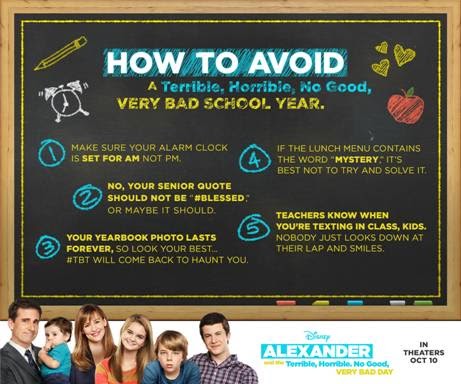 I have to admit, I think the start of a new School year stresses me out WAY more than the kids.  Maybe, I am one of those over-protective moms that never wants their kids to have a Terrible, Horrible, No Good, Very Bad Day but I know it will happen.  However, I do try to give them advice on avoiding those bad school days.  On October 10th, Disney is releasing Alexander and the Terrible, Horrible, No Good, Very Bad Day and in honor of it’s release they provided some tips to avoiding a bad School year!
Also, can you take a guess who will NOT have a #VeryBadDay September 24th-28th?  This girl, that’s who!!!  I was invited to attend the #VeryBadDayEvent in Los Angeles where I get to catch the sneak peak of the film AND interview the cast!!!  Which includes…. 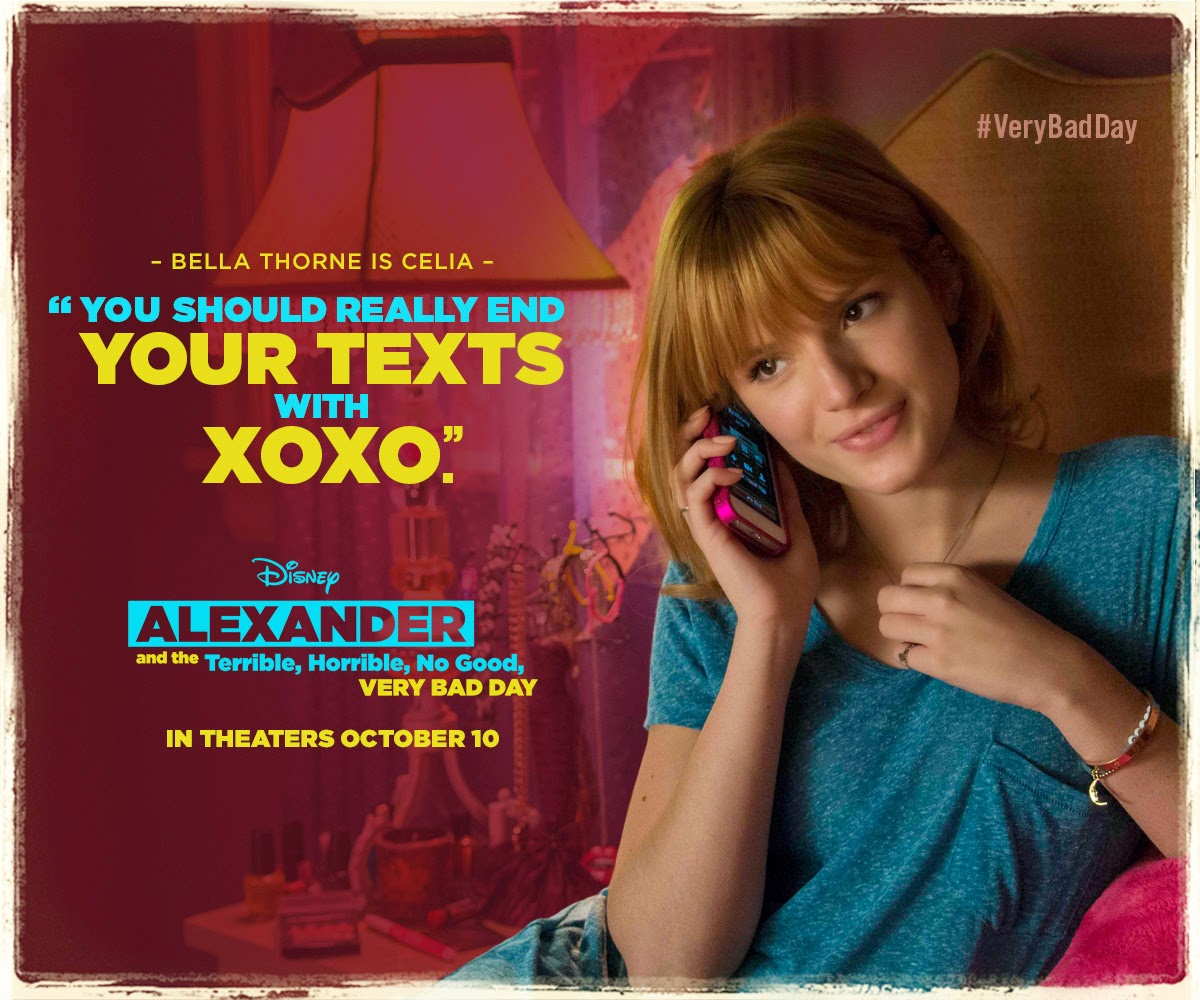