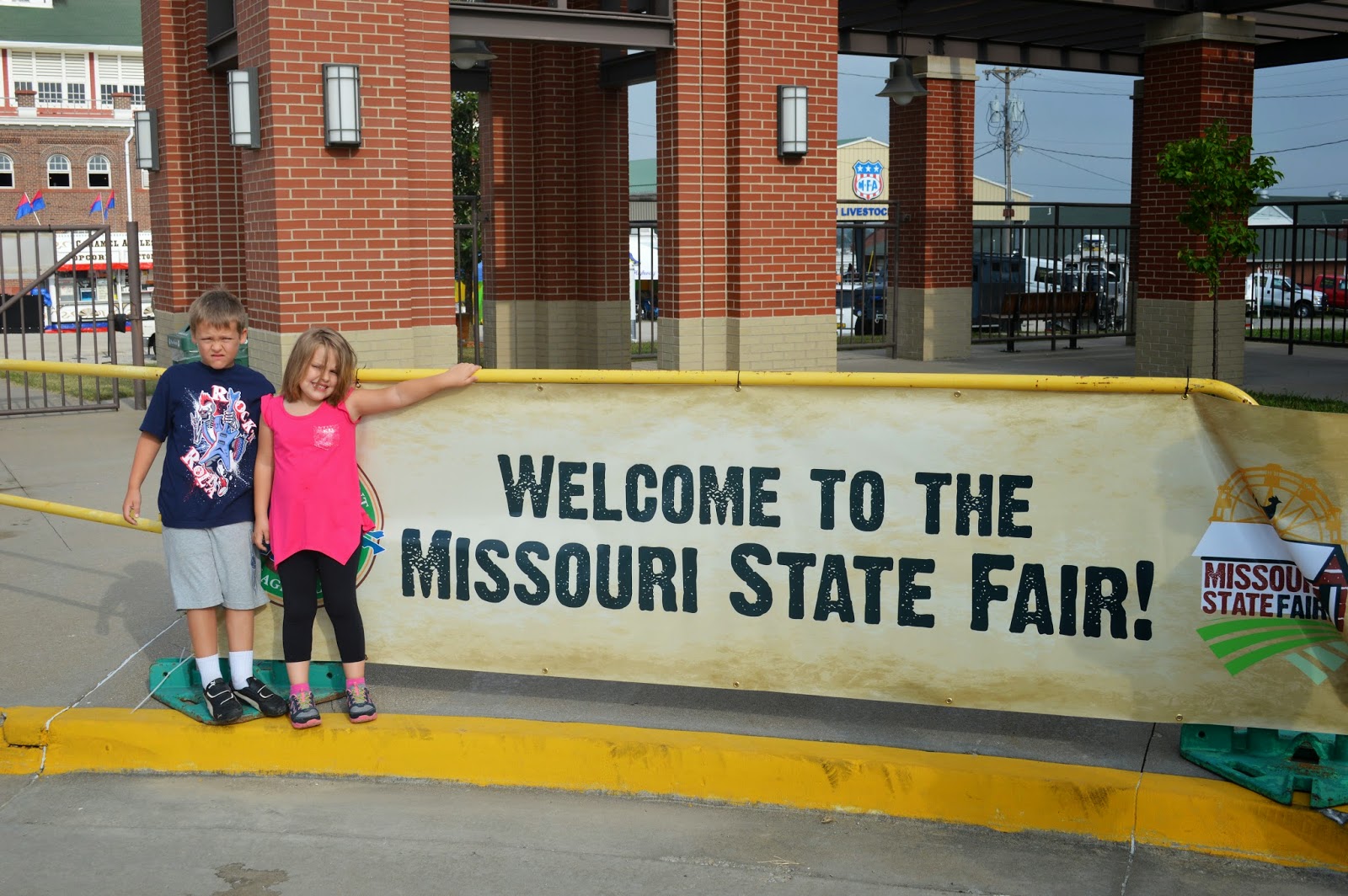 A couple of weeks ago, I attended the Missouri State Fair with my family.  The Fair is held in Sedalia Missouri, which is about a 3 hour drive from my home in St. Louis.  We were able to spend the day at the fair but it lasted for a total of 10 days.  Now mind you, I had never been to the Missouri State Fair, or any State Fair for that matter, so I had no idea what to expect.  When I normally think of fairs, I think of rides, games, food and funnel cake.  Funnel Cake!  What I actually experienced at the fair was so much more!

I was a little overwhelmed when we first arrived, there was SO much to do and we only had a day to do it all!  I totally should have scheduled a weekend to check out all of the events.  There were various booths set up in different buildings throughout the area where one can learn about agriculture, crafts, animals, happenings in Missouri and even a MILK BAR!  Oh yes, we loved the milk bar.  A quarter will get you an ice cold cup of white or CHOCOLATE milk.  Oh Missouri State Fair, you have my heart already!

One thing the Missouri State Fair offers, which is something I have never experienced at other Fairs, were animals.  My daughter is an animal lover, so this thrilled her!  There were areas on the fairgrounds where you can check out pigs nursing their young, sheep, goats, cows, chickens, newly hatched chicks and even puppies!  Did you know that a baby pig will pick one nipple and only nurse off of that nipple?  Neither did I, until I attended the Fair!

The family and I were lucky enough to receive a guided tour at the Fair.  Our tour leader was Chip Kemp, an Animal Science Instructor at the University of Missouri.  Not only is he an Instructor, a Livestock Judging Team Coach but he is also a very proud Dad to a young girl who was part of the animal livestock shows.  These shows are very big at the State Fair and winning animals can receive as much as $20,000!  I say could receive an allotted amount because the winning animals are put up for auction.  Various people and/or companies from the area attend the auctions and bid on the winning animals.  And it is required that the winning animals go up for sale.
One thing that really struck me was how close these animal farmers become to their livestock.  Truth is, I never really thought much about where our meat comes from before attending the State Fair.  I guess in my mind, I pictured a huge industrial size barn where the animals were raised for food.  Very bleak, right?  Well, one thing I learned while attending the tour is how very attached these farmers are towards their livestock.  It’s like these animals become part of the family.  Not only do the Farmers want what is good for the animal because it is good for their pocket book but I generally felt like they cared for these animals.  It truly was a sight to see!

And of course…. As much as my children enjoyed the animals, there was no replacing the “fun” of amusement rides and the Missouri State Fair had plenty of those!!  I highly suggest attending the State Fair in your area.  Fun, Food and Informative!
Share14
Tweet
Pin1
15 Shares
Guide For Geek Moms