Did you know I went on a press junket two weeks ago to LA?  If you didn’t, then you have not been reading my blog the last couple of weeks and have some catching up to do!  One of the most amazing experiences while in LA was the tour of Walt Disney’s San Feliz Estate, it was seriously amazing to be in Walt’s home!
While touring the home we were shown Walt’s screening room, the very room where so many classic Disney movies were screened by Walt himself, and met with David Jessen and Sarah Hyland.  David is the Vice President of Content Enhancement and Sarah Hyland is best known for her role in the TV series Modern Family.  If you are a Modern Family fan, then you will recognize her in the above picture.  Yup, that is me behind her in the black sweater!
So, why did we meet with David and Sarah?  It’s all about Sleeping Beauty, of course!  Disney has re-released the classic story of Sleeping Beauty which is out on DVD/Blu-Ray today, October 7th!  Now whenever Disney does something, you know they do it BIG!  In this re-release, Disney has also provided an additional 2 hours of bonus content on the Blu-Ray copy of Sleeping Beauty.
What does this bonus content include?

Once Upon A Parade: Join Sarah Hyland from ABC’s Modern Family as she tells the magical tale behind Walt Disney World’s Festival of Fantasy Parade. 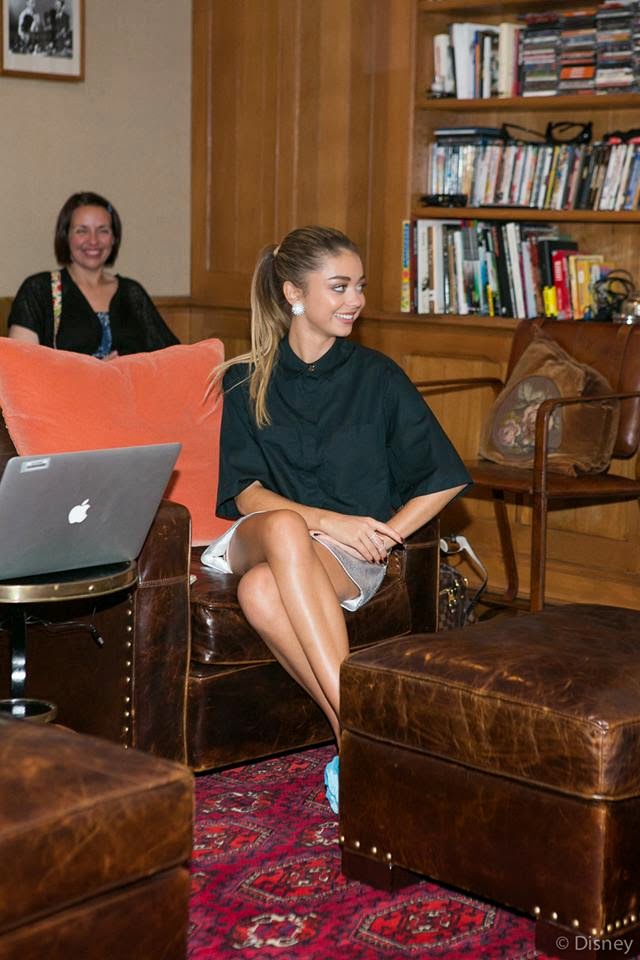 It seems Sarah was perfect for this role, she is a self proclaimed “Disney freak” and “a fan of Walt Disney himself.”  She even arrived to the filming with her own costume, the peasant costume that is worn in the clip.  She also talked about how fun and adorable it was working with the kids.  And yes, once again, that is me behind her in the picture.  I promise, I was not following her around all night!  Although, it would have been enjoyable to do so.  She was really sweet and her enthusiasm for Disney shone through!

Here are some other great clips from the Sleeping Beauty bonus features:

Alternate Scene: The Arrival of Maleficent

These are to just name a few!  There is so much to enjoy in the bonus material of Sleeping Beauty, you will want to run out and buy your copy today!
And because Disney is awesome like that, here are some fun crafts to enjoy with the kids: 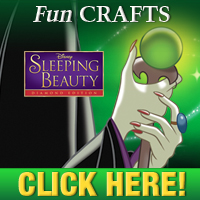 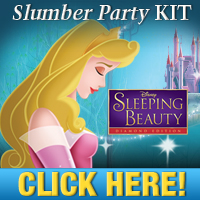