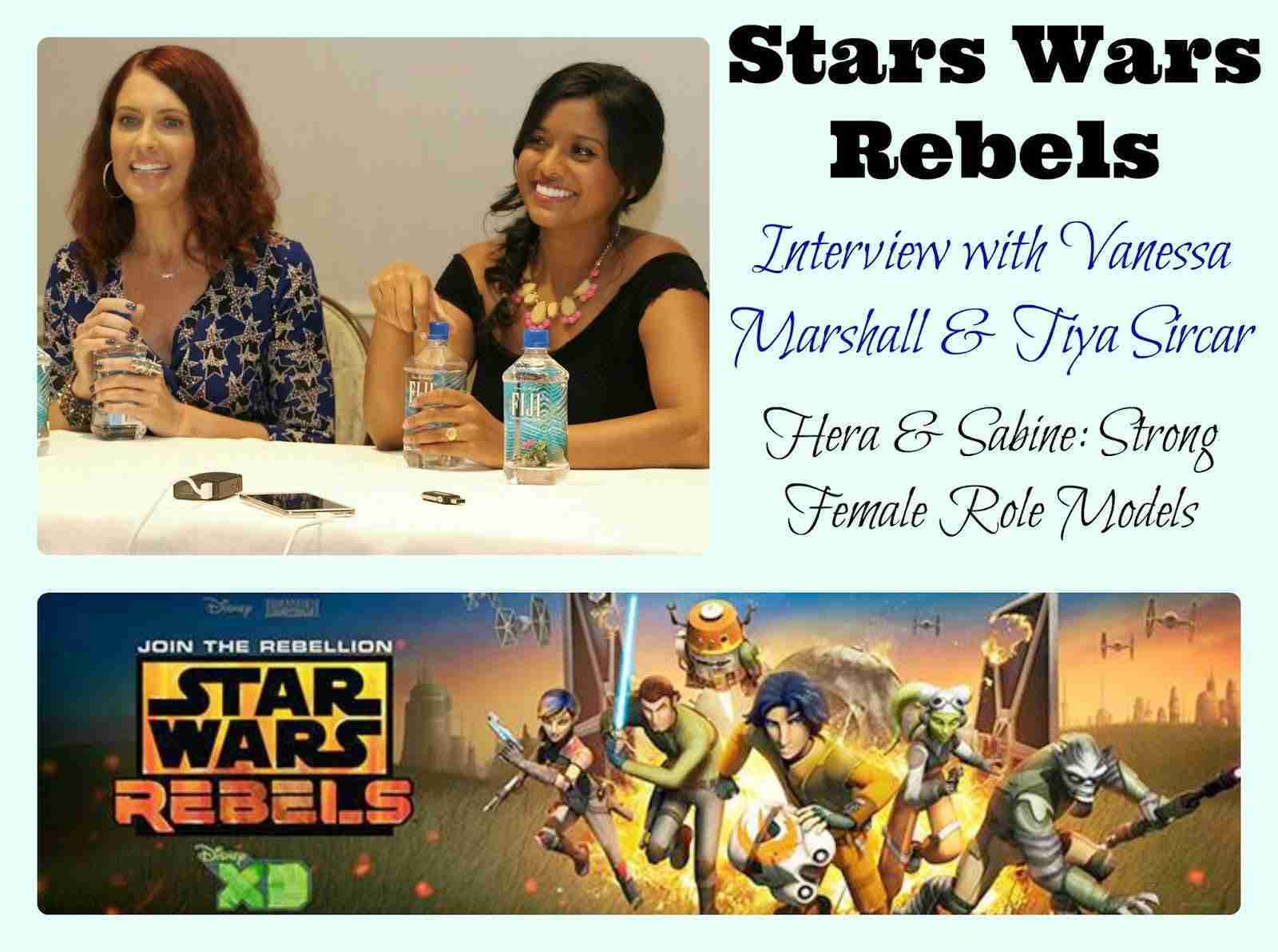 The new animated Star Wars series, Star Wars Rebels, premieres tonight (October 13)  on Disney XD.  And tomorrow (10/14) the Star Wars Rebels movie is available on DVD!!  Last month, during my LA trip, I was able to check out the first episode of the series.  I immediately became a fan.  I always loved me some Star Wars but never really got into the previous animated series, Star Wars Clone Wars.  However, I became instantly hooked on Star Wars Rebels.  I think one major draw of the series is the strong female role models.  I am all about some “Girl Power” and the series totally supports the notion of powerful women.
During the trip, I was able to interview Vanessa Marshall (voice of Hera) and Tiya Sircar (voice of Sabine) from the series.  I was empowered after listening to what these women had to say about the strong female characters they play.  In fact, one of my favorite parts of the interview is when Tiya talks about the need to have strong female characters in this day in age.
“In my own personal opinion, there are so many female personalities that, for better or worse, they may be famous not for a specific skill or talent but just famous for the sake of being famous.  And maybe not for the right reasons. It makes me cringe to think of all little girls, this is what they have to look up to and to aspire to be, and it’s worrisome for me.  So, to me, it’s such an honor to get to play this female character who’s a teenager and yet she is so intelligent and  not even concerned about the superficial stuff whatsoever.“
And that my friends, is exactly the kind of character and actor/actress that I want my daughter to look up to.  Vanessa also got into the discussion when asked about her female character, Hera.
“Hera is the leader and while she is fierce, she’s a great fighter and a great pilot, she’s also very nurturing, and she sort of plays a maternal role, within the crew.  And I think she sets a really great example and does a lot of mentoring to Sabine. I do think it’s really wonderful that Star Wars Rebels embodies two female characters that we all can aspire to act like, whether we’re adults or children or even little boys or little girls.“
Can you guess who are their favorite characters are in all of the Star Wars Universe?
“Vanessa: Well, we both love Princess Leia, because she’s a strong female character, but I also don’t wanna forget Ahsoka from the Clone Wars.
Tiya: And I have a soft spot for Han Solo, but who doesn’t?”
Very true Tiya, very true. 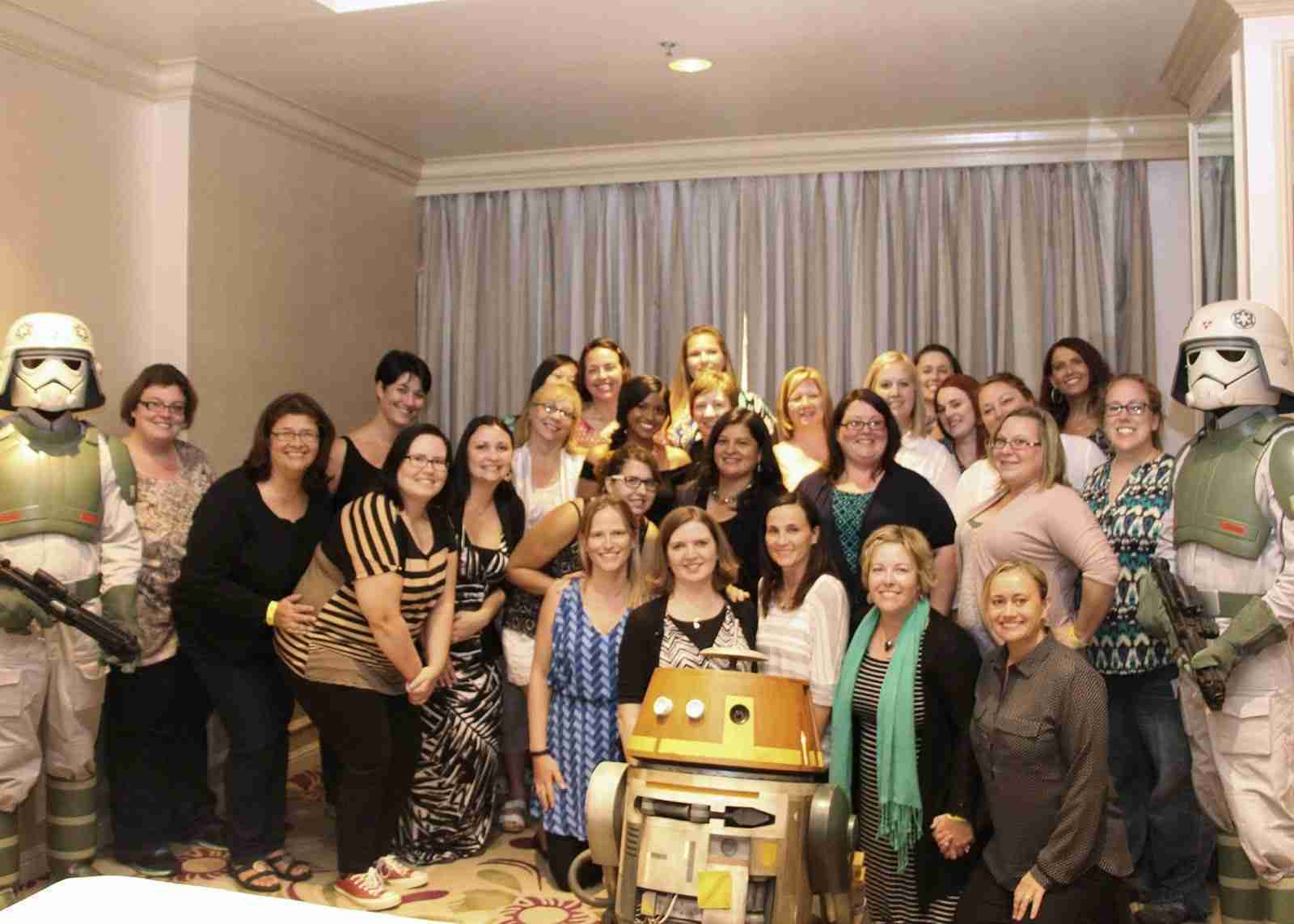 After the interview, as we gathered to take a picture with Tiya and Vanessa, IN walks a couple of Storm Troopers with a Droid!  You can imagine my surprise and anxiety.  I mean, I certainly did not want the Storm Troopers to pick up on my Force, which is why I hid myself way in the back of the room for the picture.  Luckily, I was not noticed.  Hiding these Jedi powers can be challenging sometimes.
And now I challenge you to join the Rebellion!  Watch Star Wars Rebels tonight on Disney XD at 9PM EST!
Share
Tweet
Pin
0 Shares
Guide For Geek Moms