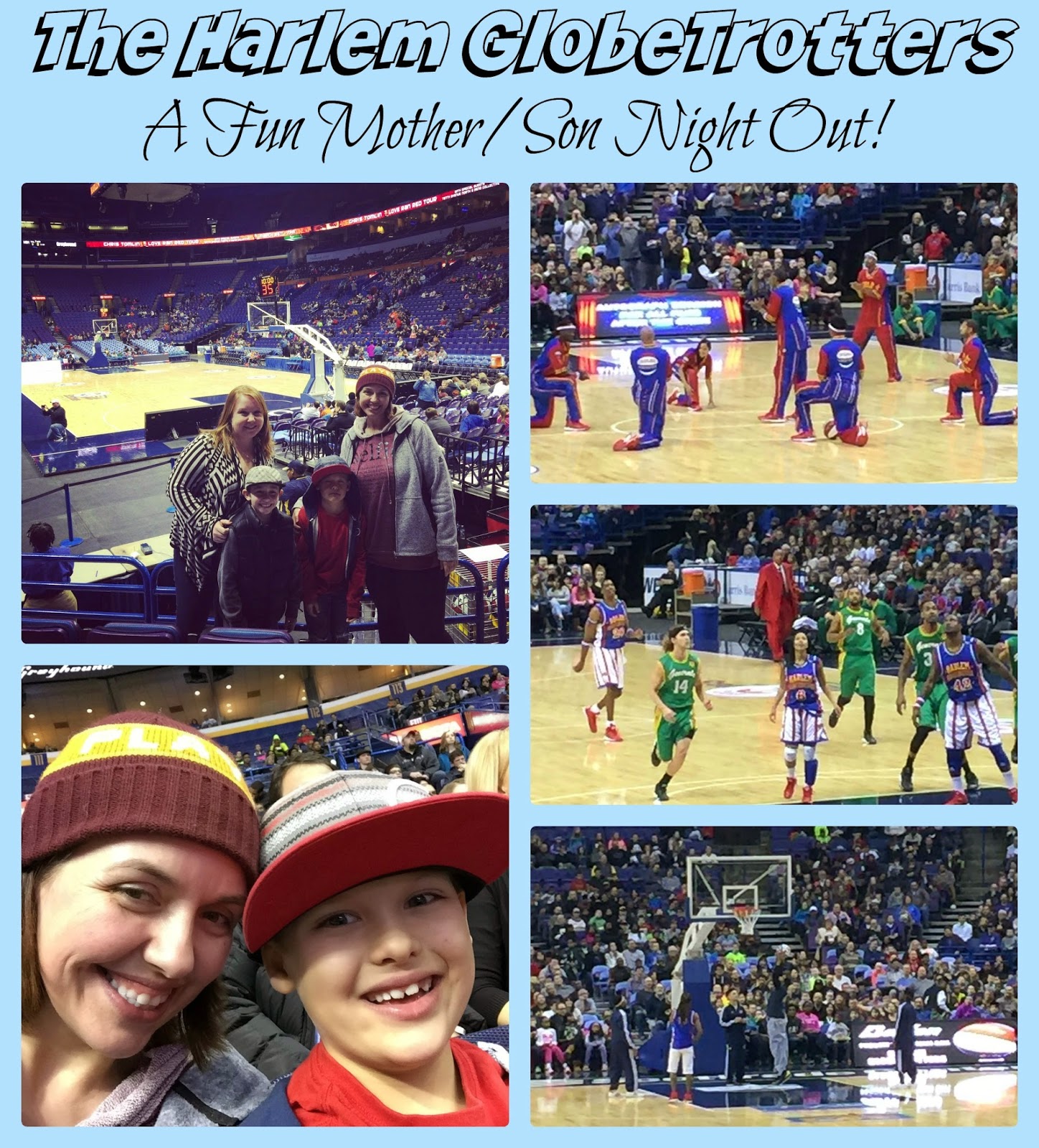 While I enjoy taking my kids to fun events, shows and endless movies; I also think it is important to have special night out with each.  Last Friday, I took my son out to see The Harlem GlobeTrotters at The ScottTrade Center in St. Louis.  We attended the show with my son’s best friend and his Mom, what a fun Mother/Son night out it was!
Now mind you, I have never attended a Harlem GlobeTrotter show before, so I was not sure what to expect.  Of course, I have heard of The Harlem GlobeTrotters, I mean you had to have been born under a rock if you haven’t heard of the iconic basketball team but I had yet to see them in action.

What surprised me most about the show was all of the audience participation.  First Globie, the Harlem GlobeTrotter mascot, came out and started to entertain the audience.  He danced, he played a musical chair game kids and even had a partner who did some break dancing for us.  It was so much fun cheering them all on! 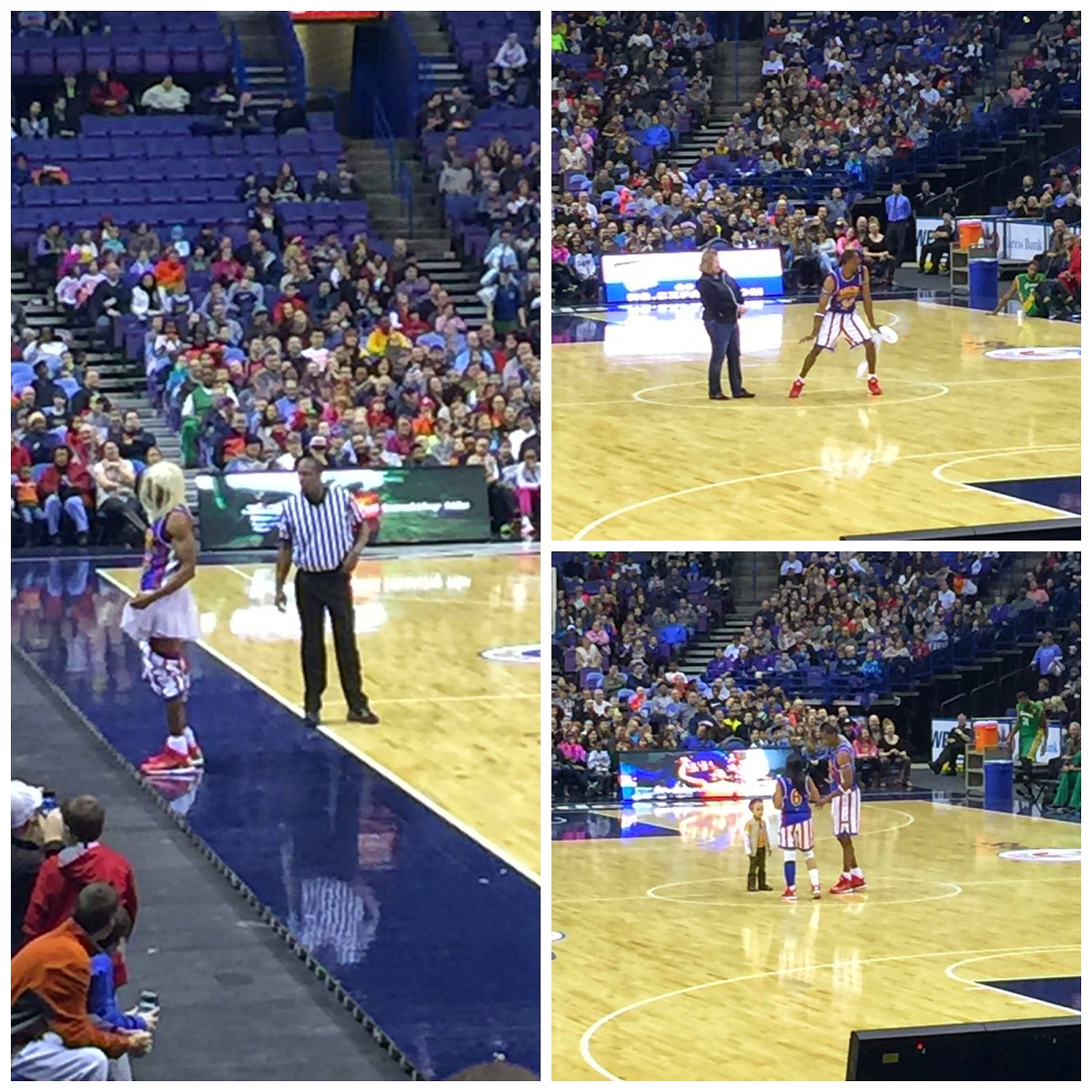 Globie was not the only one who entertained us.  The Harlem GlobeTrotters themselves put on a fantastic show.  Not only did we get to see some great basketball tricks but also some terrific comedy.  The show starts off with a little History about the Harlem GlobeTrotters, they’ve only lost ONE game against the Washington Generals and they have returned to face them once more.  While they do play a game against the Generals, I am not sure they follow all the rules.  My son even yelled out once, “Hey, that was a foul!”  I had to tell him this was more of a show than a real game.  But with all the awesome shots and intense playing, I can see why he thought it was a real game.
I was really impressed with the show and my son did not take his eyes off the court.  We both LOVED it and plan on seeing them again when they come back to town.  The only difference will be, next time I promised my daughter she could come too!
Take a look at the little video I made of our evening there:
Save $7 Off Tickets for Harlem Globetrotters 2015 Tour – Use promo code FAMGUIDE
Share
Tweet105
Pin
105 Shares

Thank you for your post, I have always wanted to go to a game and I finally ordered tickets! My son is so excited!Rachel

Fantastic post! - I am happy you had a great time! Michael Marston, President US Family Guide