The new Cinderella movie is opening March 13th and I have been invited to attend the #CinderellaEvent February 28th – March 2nd.  I am sure you have heard all about it, I’ve spoken about it numerous time, blasting it all over my social media and have even prepared some Cinderella inspired treats!  Well, I have more exciting details to share with you about the event, like who I will be interviewing and the Glam Ball, hosted by JCPenney!
Before I walk the red carpet on Sunday March 1st, I am attending a Glam Ball.  I am not exactly what you would call a “girly girl”, I am usually found wearing jeans and a T shirt on a regular basis and I hardly ever wear make-up.  That is not to say that I do not like dressing up, I just rarely have the chance and this does put me at a slight disadvantage when it comes to doing up my hair and make-up.  Thank goodness for the Glam Ball hosted by JCPenney.  The Glam Ball will consist of stations incuding:
And then later that evening, 4:30-6:00 PST, we will be walking the red carpet!  Follow along live using the hashtag: #CinderellaEvent 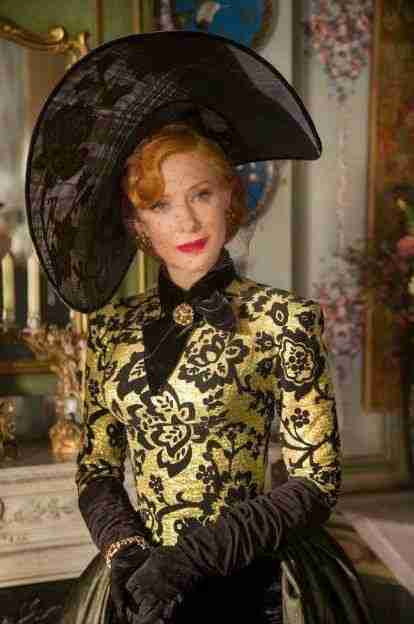 The next day the interviews begin.  Who has not heard of the great Cate Blanchett who plays Lady Tremaine in Cinderella?!  She has played in some amazing films such as The Lord of The Rings & The Hobbit trilogies and I have the chance to interview her! Incredible!

If you a fan of The Game of Thrones, then you will be delighted to hear that Richard Madden (Robb Stark) is playing Prince Charming.  And we get to interview him too!  I am totally swooning over here!

We also have the chance to interview Cinderella herself, the beautiful Lily James.  She is best known for her role in Downton Abbey but I remember her from back in the day when she played “Poppy” in A Secret Life of a Call Girl.  She is certainly going to be a household name after this films release.

Now if this next interview doesn’t make you go “Wow” then I don’t know what will!  We have to chance to speak with the Director of Cinderella, Sir Kenneth Branagh.  He has not only directed some amazing films but also acted in them, think Hamlet!

We also get to interview Cinderella’s Costume Designer Susan Powell.  Since costume and fashion are so out of my realm, I am looking forward to speaking to an expert on the subject!

Last but certainly not least, we will be interviewing the Frozen Fever Directors, Chris Buck and Jennifer Lee.  The Frozen film is huge, HUGE and this highly anticipated short will certainly be one for the books.
Have any questions you would like me to ask this talented group?

Disney is providing me with an all expense paid trip to L.A. to attend the #CinderellaEvent in exchange for my coverage.  No other compensation is given and all opinions in my posts are 100% my own.  Disclosure Policy.
Share
Tweet
Pin
0 Shares

This looks like such a great movie. My one son wants to see this so bad.

I am a Leap Year kid so this weekend is my birthday weekend. You have to really enjoy this weekend for me as I will be living viciously through you - I will be busy building a chicken coop! Looking forward to all the fun pictures you will be sharing on social media throughout the event!

I can't wait. This is going to be such a great movie... all of us are super-excited.

Cheap Is The *New* Classy

Cinderella has always been one of my favorite Disney stories. I can not wait to see this new one!

I can't wait to find out how this movie turns out. Cinderalla was one of the first Disney movies I fell in love with. This event sounds awesome!