Skip to Content
Share22
Tweet158
Pin
180 Shares
Disney provided me with an all expense paid trip to L.A. to attend the #CinderellaEvent in exchange for my coverage.  No other compensation is given and all opinions in my posts are 100% my own.  Disclosure Policy. 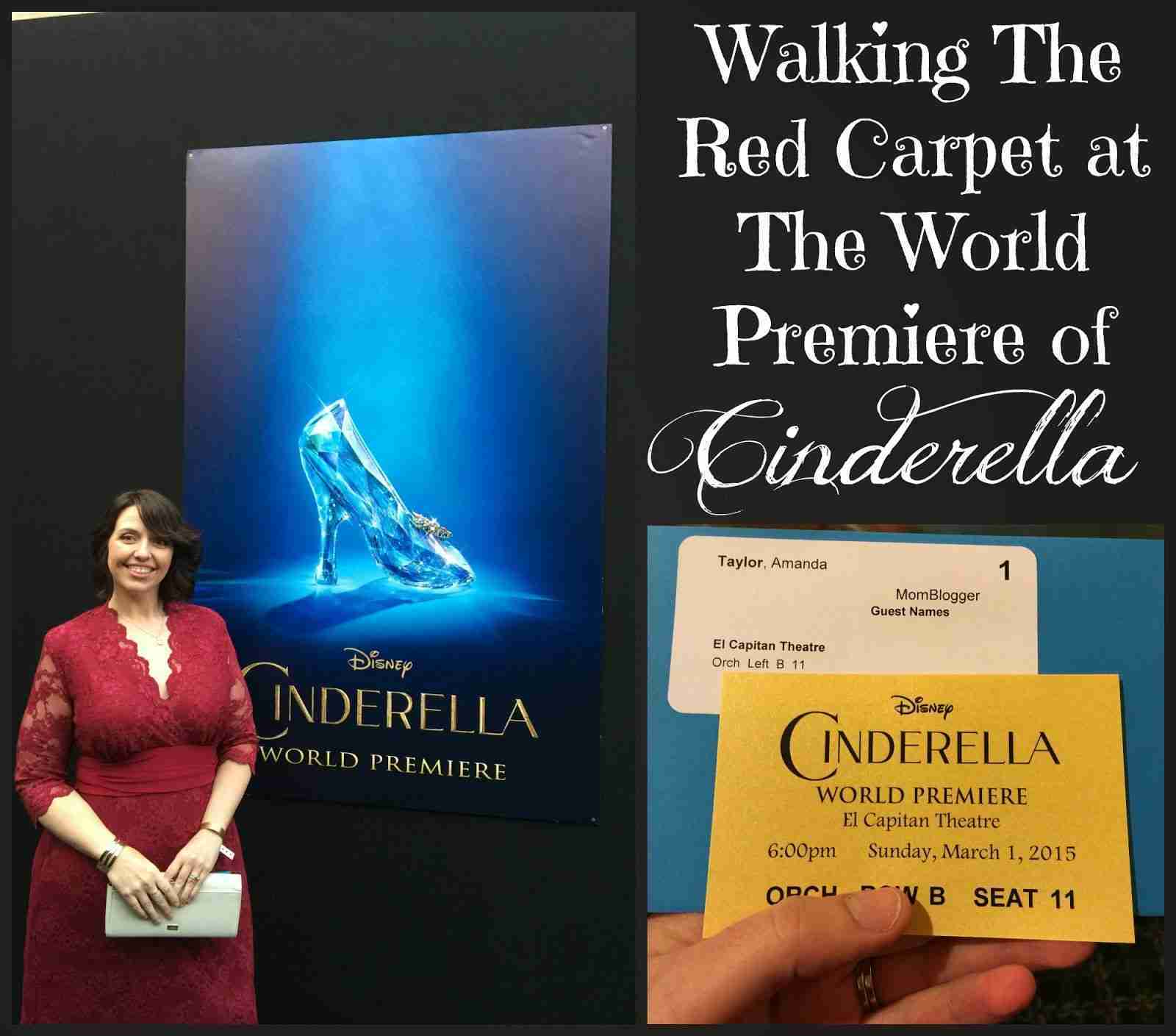 When I was a little girl and was asked what I wanted to be when I grew up, I would always respond with “Famous!”  I can even remember giving out autographs to classmates and telling them to hold on to it because “one day it would be worth money.”  Oh yes, I had grand aspirations of living the Hollywood life but there was just one problem, I didn’t have the talent.  This wasn’t for lack of trying, I totally remember auditioning for school plays and getting the non-speaking roles.  Under pressure, I am a fumbling mess.  And while I think I am a rock star in my head, and rock it like nobody’s business in the shower, others never really seemed to appreciate my vocal talents.  So, as the years passed on and my undiscovered non-talent went unnoticed, the dream of living the Hollywood life started to dissipate.  That was UNTIL I received an invite to walk the Red Carpet at the El Capitan Theatre for the World Premiere of Cinderella, opening nationwide March 13th.
Amazing!  I was going to walk the Red Carpet with Cinderella herself, the beautiful Lily James.  And we can not forget about the Prince, Richard Madden (Mr. Blue Eyes).
Unbelievable.  I was going to be in the same vicinity and breathe the same air as the incredible Cate Blanchett.  Hollywood, here I come! 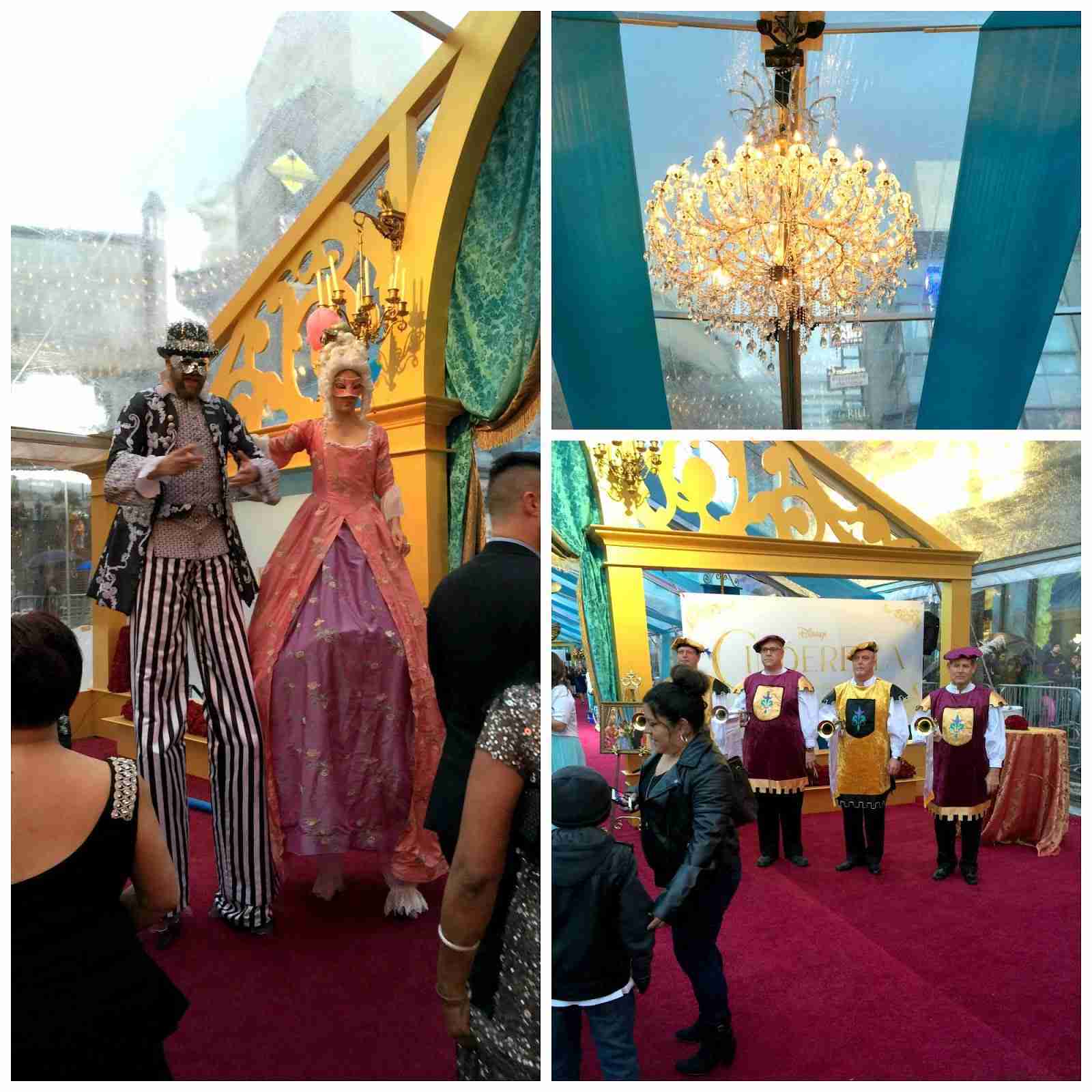 As I stepped on the Red Carpet and looked around, I had a very surreal moment.  The Red Carpet was everything I ever imagined it would be.  In true Disney form, they went all out.  There were trumpets welcoming us, crystal chandeliers, stilt walkers and even jugglers!  This was not any ole Red Carpet event, this was DISNEY’s Cinderella Red Carpet World Premiere, a true Royal Ball. 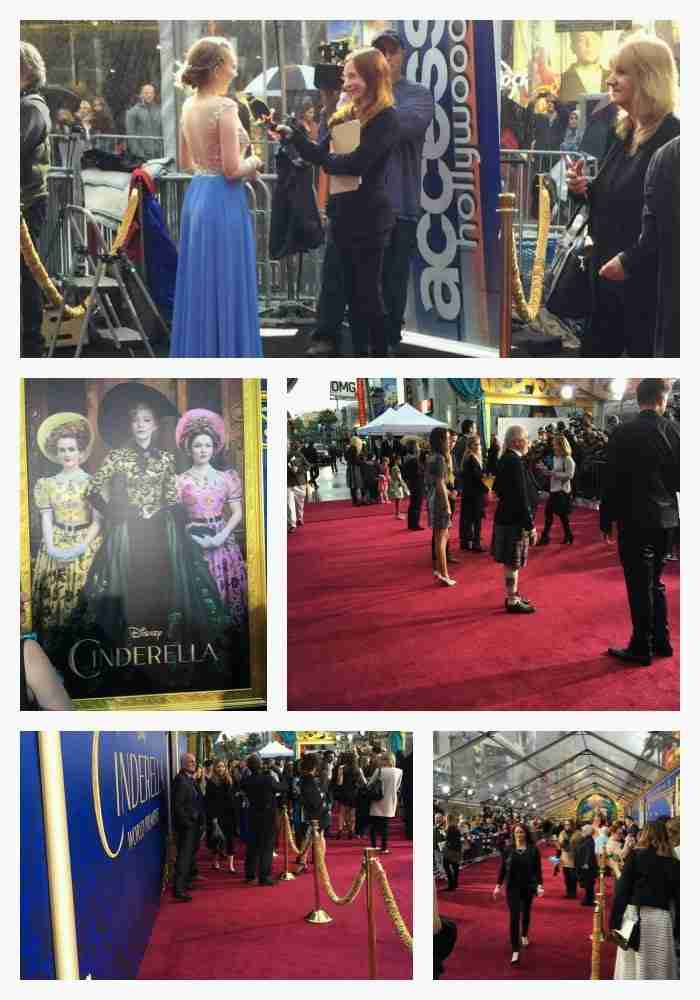 Truth be told, I didn’t want the red carpet walk to end. As the paparazzi’s cameras flashed, as the celebrities walked by, as the crowds dispersed; I stood back and took it all in.  This was my Hollywood moment. 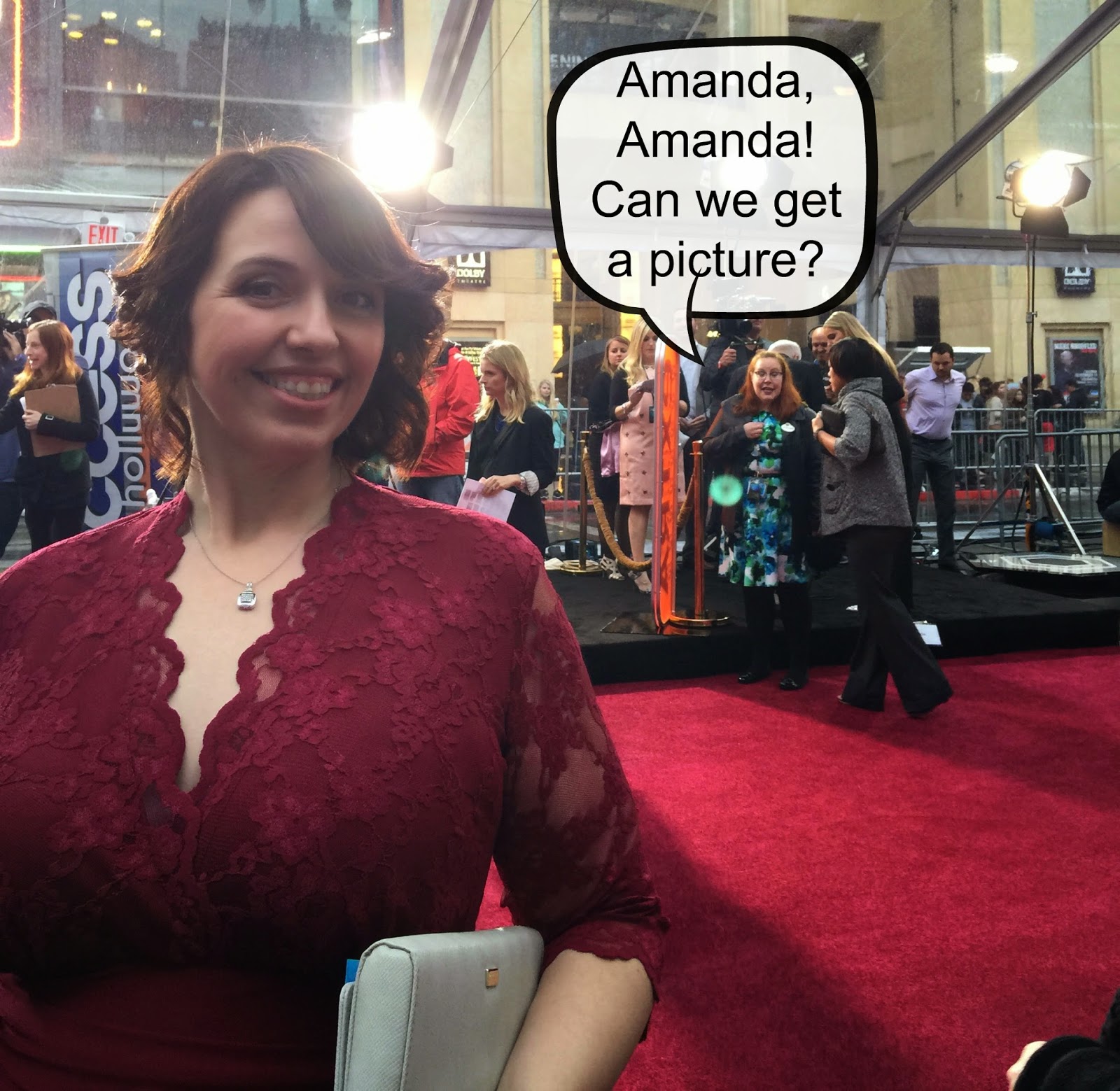 There were people screaming “Amanda, Amanda can we get a picture?!”  “Turn around, let us see the back of your dress!” 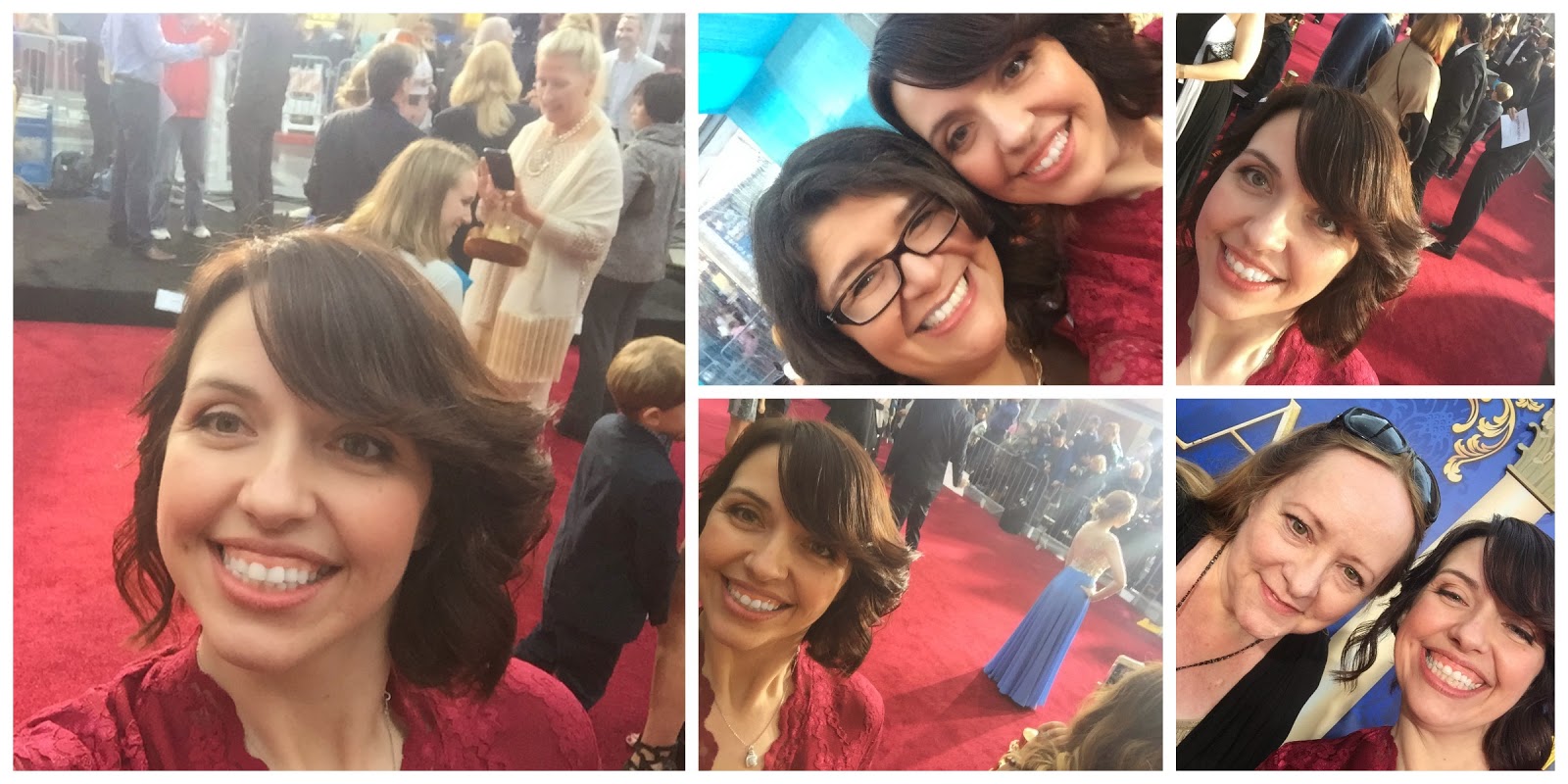 Well, maybe they weren’t yelling for my picture.  Maybe it was more like, me stopping every few feet to take a Red Carpet selfie.  Can you blame me?!  I was on the Red Carpet!  I couldn’t believe it!  I had to capture every moment.
There were celebrities every where you looked.  I saw Molly Ringwald, Ian Ziering, Jason Priestley, Toni Collette, Josh Gad and Jeremy Sisto; to name a few.  Oh, I even spotted Grumpy Cat; he was totally looking for me.
Now I am not one to go up to every celebrity and ask for a photo, that is just not something I was going to do while living the Hollywood life for a night.  But I may have inconspicuously walked near certain celebrities and had a friend of mine snap a quick shot. (Thanks, Carolyn!) 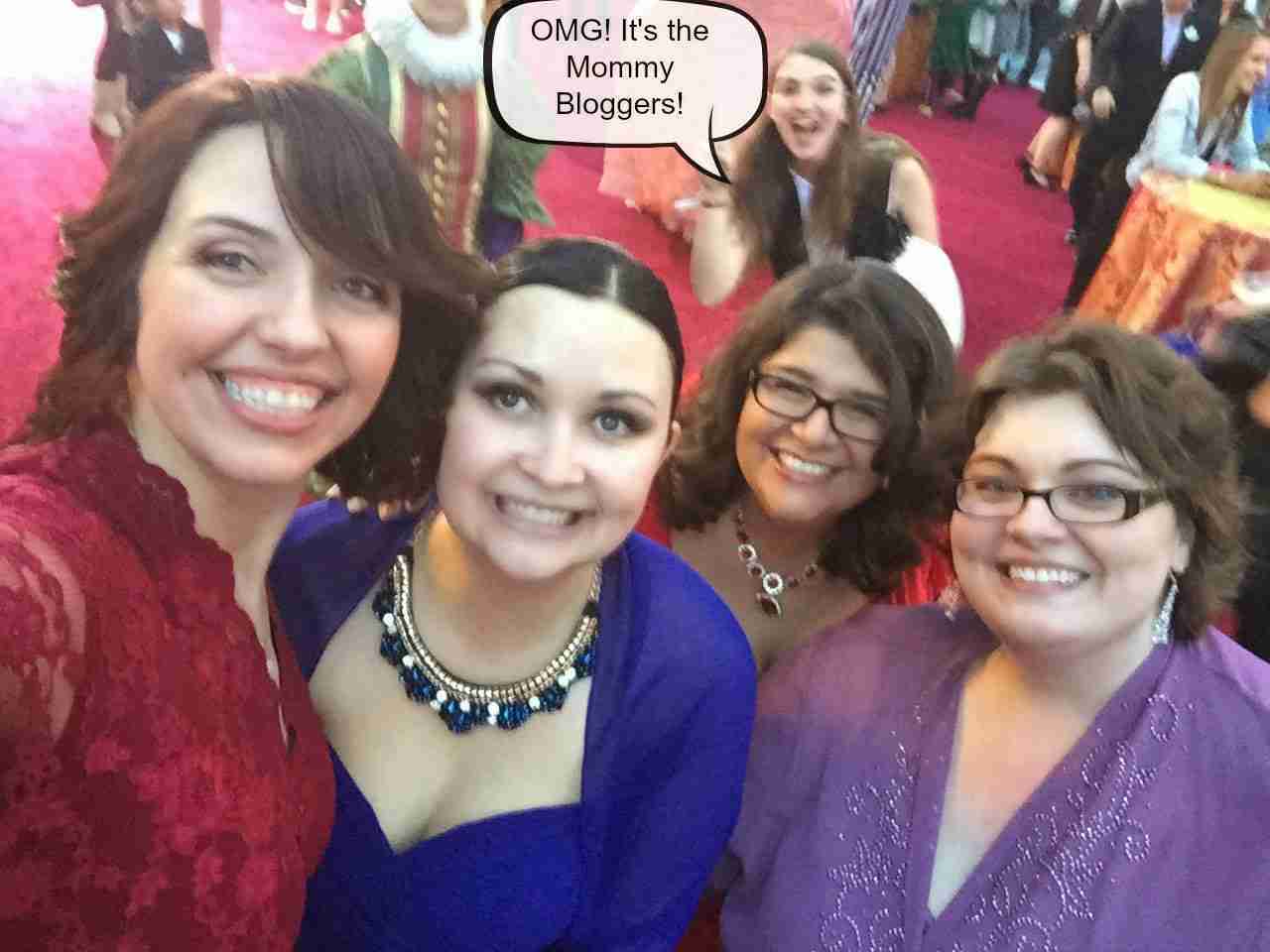 That’s not to say we went unnoticed.  We totally had fans trying to jump in our photos, as we took our 134th selfie. 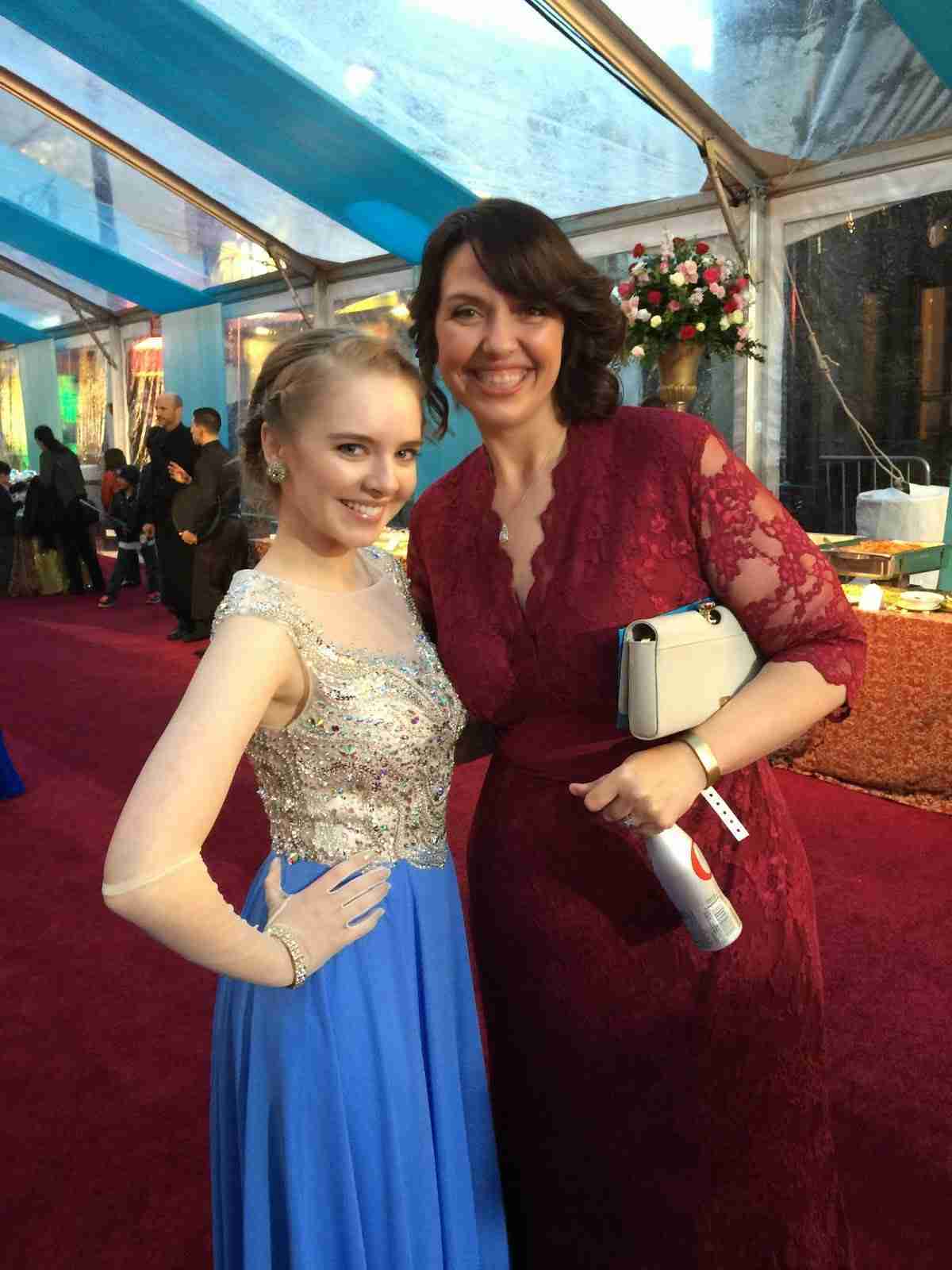 However, I did grab this shot with the lovely Darcy Rose Byrnes, Princess Amber on Sofia The First.  She was just as sweet as she can be, even complimenting me on my dress.  Because getting compliments from celebs is what happens when you live the Hollywood life. 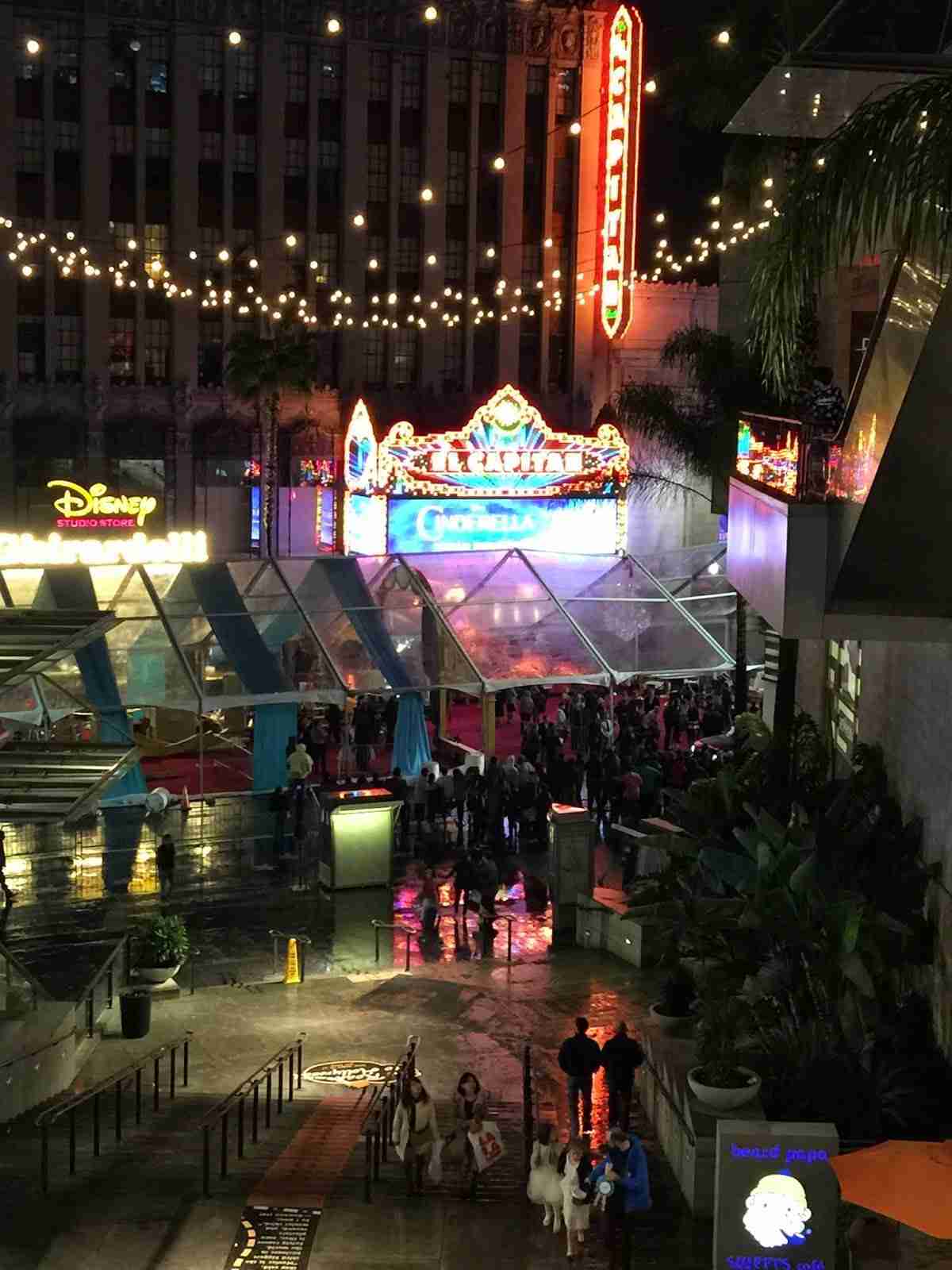 As I walked back to my hotel that evening and looked back at the excitement from afar, I certainly realized I was part of something special.  Looking at everything lit up, the cameras flashing and fans lined up behind barricades; I knew I was living the Hollywood life.  Maybe I didn’t become that mega-celeb I thought I would be but I must have done something right.  It was a night I would never forget.  And this evening, I certainly felt like a star.
Cinderella is theaters March 13, 2015.
The Official CINDERELLA Website
Like CINDERELLA on Facebook
Follow Disney Pictures on Twitter
Follow Disney Studios on Instagram
Share22
Tweet158
Pin
180 Shares

Sarah @ Must Have MOm

Wow, that's pretty awesome! What an amazing event! How fun!

Yup, officially jealous LOL. What an amazing experience for you! Congrats!

This was such an amazing red carpet experience - so glad I got to share it with you!!

What an amazing event! That would have been such a great experience. I can't wait for this movie to come out so I can see it.

That must have been truly amazing! I can't wait to see this movie, looks so good!