Skip to Content
Share
Tweet
Pin
0 Shares
Disney provided me with an all expense paid trip to L.A. to attend the #AntManEvent in exchange for my coverage.  No other compensation is given and all opinions in my posts are 100% my own.  Disclosure Policy.
I remember it like it was yesterday, when I received my first Disney press junket invite for the release of one of their films.  I now have a couple of Disney trips under my belt, I’m totally a press junket semi-pro. You may think I would be use to it by now, that moment I open my email to see “Marvel, Disney Channel & Disney XD Invite You to Los Angeles.”  You may think I wouldn’t scream, jump up & down, and squeal from sheer excitement.  You may think these things but you would be wrong.  Last week I received such an email, I am invited to fly out to LA June 25th – 27th, to screen Marvel’s Ant-Man (opening in theatres July 17th) and attend the press junket.

Ant-Man, ya’ll!  A Marvel film!  I have been a Marvel fan-girl every since I was young and my Dad showed me his extensive comic book collection.  Not only do I get to check out an advance screening of the film but I also get to interview some of it’s stars.  Some of the cast include: Paul Rudd, Evangeline Lily and Michael Douglas.  Check out the trailer:

As you can imagine, upon receiving the invite; I screamed, jumped up & down, squealed with delight and even broke out in a ditty!

Exclusive Footage Found: The Moment I Received My Ant-Man Invite

As if the Ant-Man news wasn’t exciting enough, there’s more!  While in LA, we will also join the Disney Channel for a special screening of Descendants (premieres Friday 7/31 at 8pm) followed by a Q&A with Director Kenny Ortega (High School Musical & High School Musical 2)

We will then head on over to Hollywood Center Studios to visit with two of Descendants villian kids, Dove Cameron and Cameron Boyce on the sets of their TV series.

Oh my goodness, I get to visit a real live Hollywood set!  Dreams are coming true here people!

While over at Hollywood Center Studios, we will also check out Disney XD’s Gamers Guide to Pretty Much Everything (premieres 7/22 at 9:30pm).  My son is a huge gamer and I am sure he will be glued to the set when it premieres this summer! 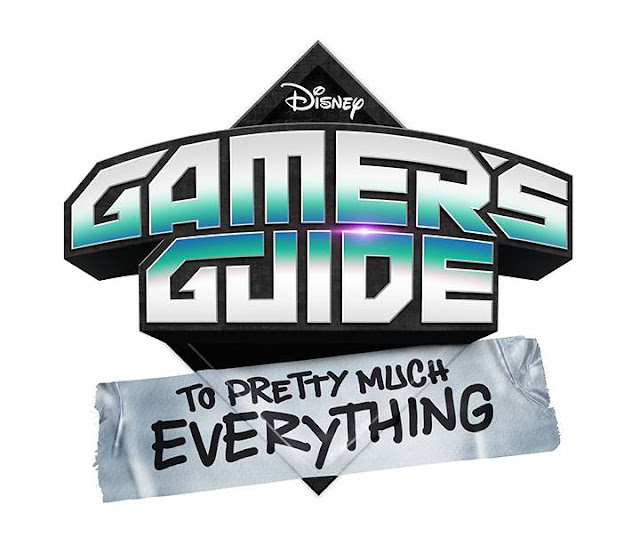 If you don’t know what “Bam, What?!” refers to, ask the Disney Channel lover in your household.  If they guessed “Liv and Maddie“, then go ahead and give them a cookie just from me!

Why do I mention this?  Well, while at Hollywood Center Studios we will hop right on over to the set of Disney Channel’s Liv and Maddie (Airs Sundays).

Liv and Maddie” follows the journey of identical twins Liv, a former television star back home in Wisconsin and in the process of adding movie star to her credits, as well as beginning to focus on her music career, and Maddie, an outstanding student and basketball phenomenon recovering from an injured knee. The series centers on the unbreakable bond the twins share though they have wildly different personalities. To complicate their teenage lives, both parents work at their high school and their younger brothers are always stirring up trouble.

Additionally, we get to check out the set of the new Disney Channel series BUNK’D (TBA).

“BUNK’D” follows siblings Emma, Ravi and Zuri Ross as they embark on their summer at Camp Kikiwaka, a rustic summer camp in Maine where their parents met as teenagers. Emma and Ravi step into new roles as CITs (Counselor In Training), learning how to be resourceful, responsible role models to their campers. Lou, the cheerful head counselor, and Xander, the camp heartthrob, befriend the Ross kids, who are complete fish out of water in the great outdoors, and step in to show them the ropes. Zuri makes new friends with her fellow campers, the anxious and overly-studious Tiffany and compulsive fibber Jorge. Along with their new friends, Emma, Ravi and Zuri adapt to their new “home away from home” and settle into their exciting new lives at Camp Kikiwaka.

Amazing!  I am so thankful for all the opportunities that have been given to me and will be sharing every single moment with you all.  This is going to be a whirlwind trip, you WILL want to follow along June 25th – 27th: #AntManEvent #DescendantsEvent #BunkdEvent #LivandMaddieEvent #GamersGuideEvent

Have so so so much fun! I am super jealous!