Skip to Content
Share
Tweet
Pin
0 Shares
Disney provided me with an all expense paid trip to L.A. to attend the #AntManEvent in exchange for my coverage.  No other compensation is given and all opinions in my posts are 100% my own.  Disclosure Policy. 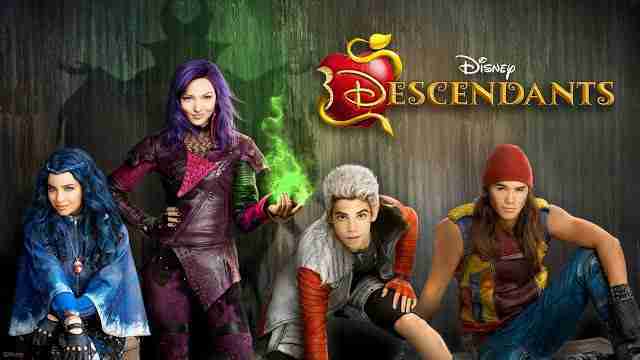 Descendants is yet another Disney Channel original movie using the tried and true formula of live action musical with a message.  Clearly the target audience here is the teen and tween set, but it is sure to be enjoyed by older and younger family members as well.  What makes this one interesting is that while being an original movie, it borrows its story from the classic Disney tales of yesteryear utilizing characters already ingrained in our memories and applies it in a different setting with a modern flair. 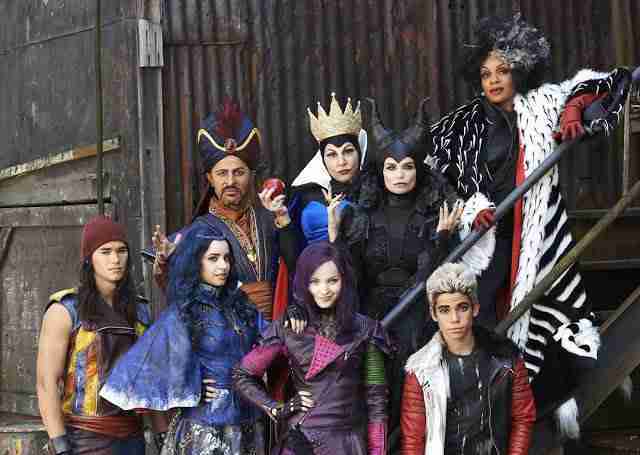 The story unfolds in the kingdom of Auradon ruled by Beauty and The Beast as king and queen, fictional kingdom inhabited by practically every Disney character from the “Good” side, i.e. Snow White, Cinderella, Fairy Godmother, The Seven Dwarves, etc.  Nearby on The Isle of the Lost, sealed by a force-field, are all the “Bad” characters.  Jaffar, The Evil Queen, Cruella de Ville, and Malificent make up the main four although the island is teeming with other unsavory types as well.  The years have not been kind to our villains and they are tired of being kept imprisoned on the isle, yearning for a chance to be free once more.  Luckily an opportunity is about to befall upon them. 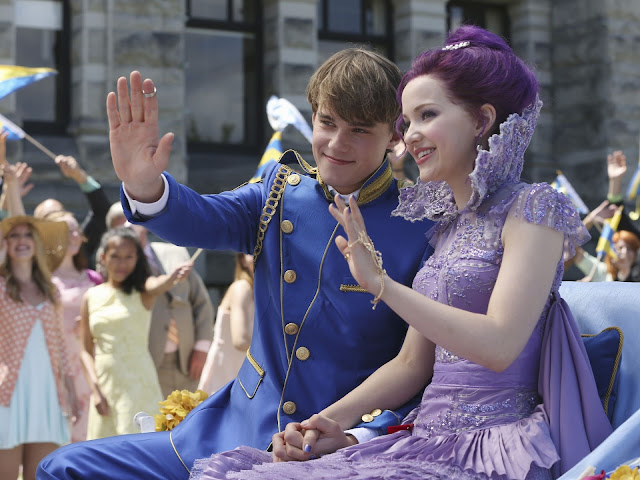 Enter the name sakes of the movies title, the descendants!  Beauty and The Beasts son, Ben is soon to be crowned king of Auradon, for some reason even though his father is alive and well.  He has a kind heart, and declares his first proclamation that the children of our top four villains be allowed to enter Auradon and be given a chance at a normal life.  Against his better judgment, King Beast allows it to be done on a trial basis.  And so the “Evil” children, Mal, Carlos, Evie and J are welcomed to the kingdom, but of course their “Evil” parents have a plan for them to find and steal the Fairy Godmothers wand so that the cursed force-field can be lifted off their prison island.  At first the bad seeds are set to comply in an attempt to please their parents, after all, they were raised to be rotten to the core.  Along the way however they begin to be swayed by the good side, realizing that it may not be so terrible after all to be nice. 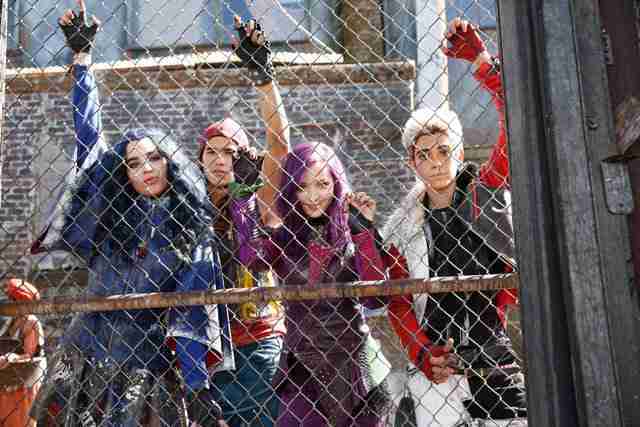 Mal, portrayed by Dove Cameron (Liv & Maddie), does a marvelous job delivering every line with purpose, breathing life into the character.  Carlos as the son of Cruella is played by Cameron Boyce (Jessie), lends his typical charm to the role, because if it ain’t broke, don’t fix it said every tween girl in America. Ben, played by new comer Mitchell Hope begins to fall for Mal choosing to believe in his heart that she is good beneath he tough exterior, but not all including his current girlfriend are as accepting.

Will the Evil children follow the wishes of their parents and get their hands on the wand?  Will they decide to give up their wicked ways in lieu of chocolate chip cookies and discover that love and happiness are indeed NOT awful?  Chock full of original musical song and dance numbers, this film is sure to be a smash with Disney channel audiences when it airs on July 31st. 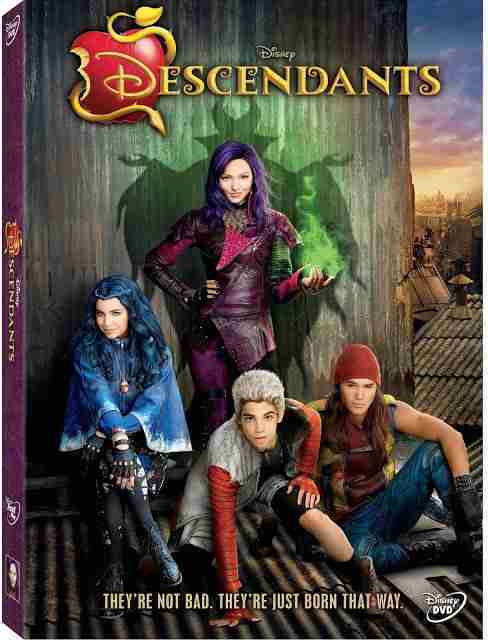