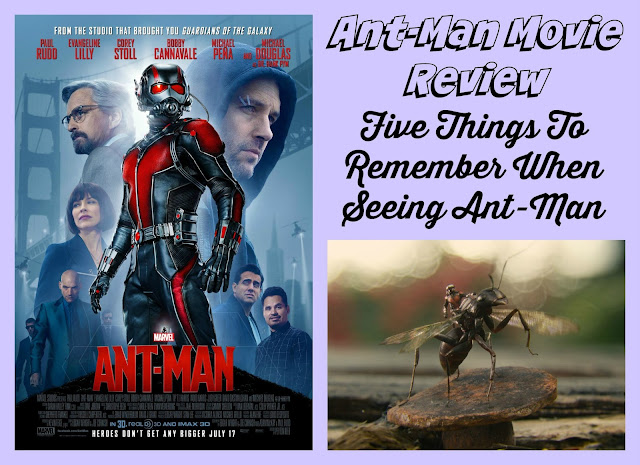 Marvel’s Ant-Man, opening TODAY, is proof that big things DO come in small packages.
I have to be honest.  Every time a new super hero movie comes out, there is always the question in the back of my mind, “What if I don’t like the movie?”  I’m a big geek when it comes to these movies and it is sometimes hard to live up to the comics.  This was no exception when I was invited to the screening of Ant-Man in LA earlier this month.  Luckily, I LOVED THE MOVIE!  Loved.
I can safely say, this is one of the best comic book movies I’ve seen in awhile.  I know that’s a big statement because there’s some great movies out there but, this movie embodies the comic book spirit.  It has the relate-able hero, the dark villain, the action, the heart and plenty, plenty of laughs.  When you leave the theater, you will want to see it again.  Just remember these 5 things when you do!
Five Things To Remember When Seeing Ant-Man
Remember to bring the kids. 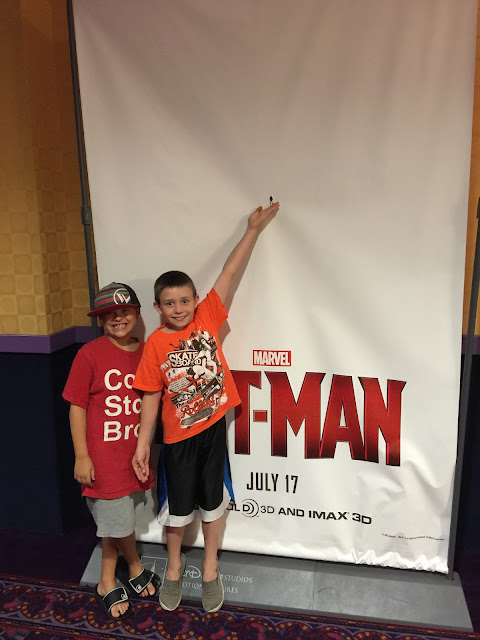 A comic book movie for all ages!  The story begins with Scott [Paul Rudd] being released from prison for robbery.  He’s met at the gate by his old cellmate, Luis [Michael Pena].  The only thing on Scott’s mind is get on the straight and narrow.  He wants to find a job and repair his relationship with his adorable daughter Cassie [Abby Rider Fortson].  However, it’s not so easy getting a job when you are an ex-con.  Luis has different plans for Scott.  He wants to put Scott’s mad robbery skills to use on a tip given by a friend of a friend of a friend…. 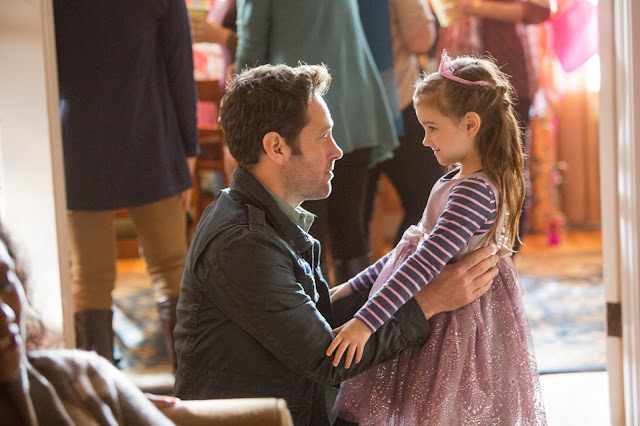 Speaking of repairing Father/Daughter relationships, Hank Pym [Michael Douglas] Founder of Pym Technologies, has some repairing to do with his Daughter, Hope Van Dyne [Evangeline Lilly].  He returns to Pym Tech, after being ousted by the board including his daughter, to witness a breakthrough by his former apprentice/current President of Pym Technologies, Darren Cross [Corey Stoll].  Cross is unveiling a major break through called the “Yellow Jacket”, a suit which can transform someone into a tiny soldier.  Much like the “Ant-Man suit” he suspected Hank invented years ago but kept hidden from the world.
Remember to keep your Ant-Man suit at home. 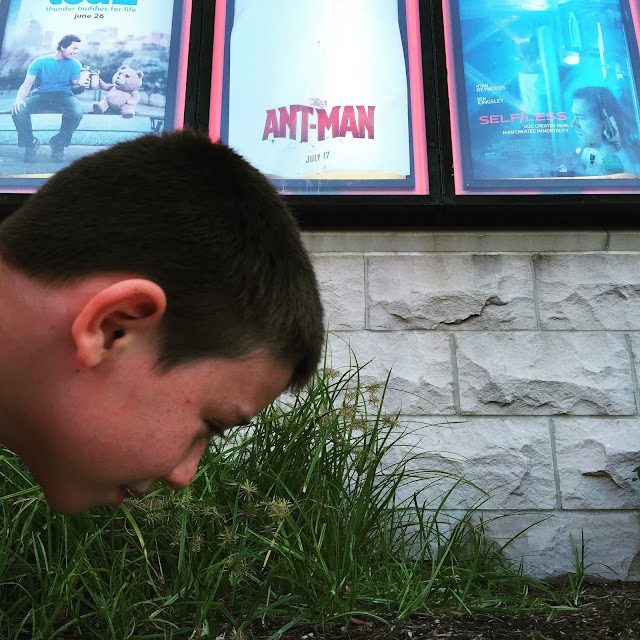 Or you might lose a child when going to see the movie!  Really though…

Hank knows he must stop “Yellow Jacket” from coming to fruition.  Which is why he has his eye on Scott.  Scott gets his “hands” on the suit, unknowing of its power and decides to try it on.  The scenes that follow will have you on the edge of your seat as Scott finds out what life is like as an ant.
Remember to bring tissues.

After Scott decides to join Hank and Hope to stop Yellow Jacket, relationships begin to repair.  You witness some gut wrenching scenes between Hope and Hank and the loss of her Mother.  You also see a touching moment as Scott watches Abby sleep.  It will truly touch the heart of every parent out there.
Remember your #TeamAntourage shirts. 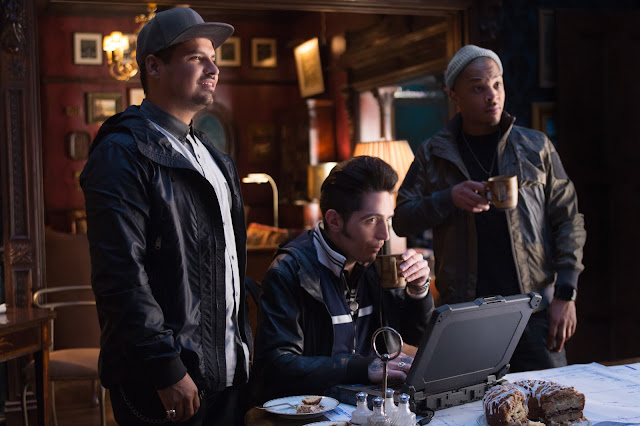 Scott, Hank and Hope can’t save the world alone.  They enlist in additional help in pulling off their plan, which leads to the “Antourage” (David Dastmalchian, Michael Pena and T.I. Harris).  Let me tell you, the comedy that ensues from these three brings Ant-Man to another level of awesome.  I was cracking up in my seat every time they were up on the screen.  You will totally be a #TeamAntourage after watching it!
Remember to stay through the credits.

Like with all Marvel movies, you will not want to leave before the credits roll.  There are actually two clips after the credits, so stay until the very end.
Now what are you waiting for?  Ant-Man will not only appeal to the comic loving fans out there but to everyone!  It is the must see movie of the Summer!

I love the main character in this film! I can't wait to see it.