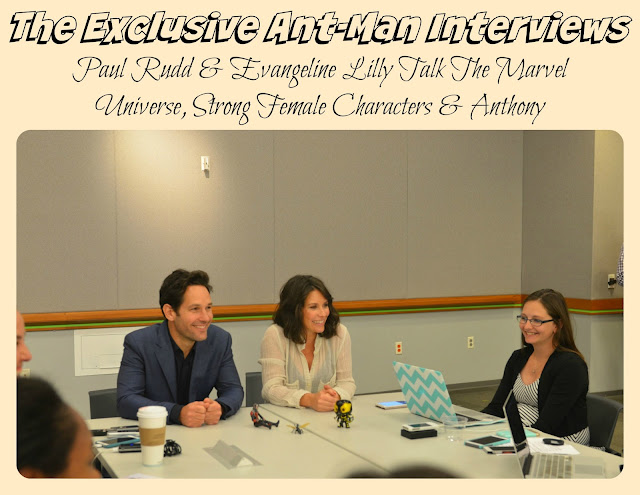 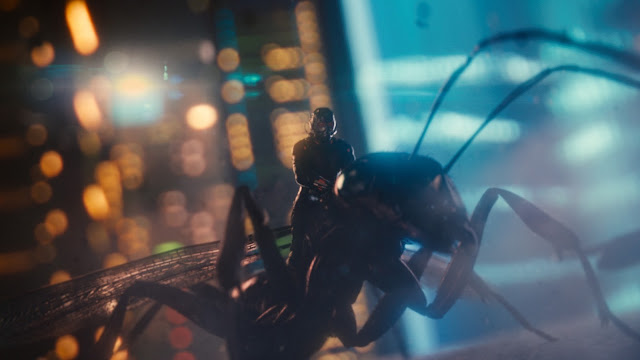 Which is your favorite ant?

Paul: You know, I have a very personal relationship with ‘Antony’, which was something that we kind of put in the film and I think even giving him the name Antony kind came around later and I thought like ‘Oh, could it be Anton?’ It was even almost said early on when we were working on the script before we started shooting, like maybe do we give him a number?

‘Oh, Let’s call him Antony’ and then it stuck and that idea that you can have a personal attachment to ants; that you can see this film, especially kids, and really like say ‘Oh my God, ants are amazing!’ and that one in particular, you develop a real fondness for Antony, my favorite.
Evangeline: The Antony moment, which I can’t– I’m not going to say more.  We’re not going to give it away to the crowd, but the Antony moment was the moment in the movie where I was like ‘I love that man.
What’s your most memorable moment?
Evangeline: That’s the hardest question. I had a moment when I was doing a scene – a very intense, emotional scene with Michael Douglas – where, for the first time since I had attached myself to the project, the penny dropped and I knew who was on and I was like ‘Great, good cast, everything’s good, things are coming together.’
But I was thinking with an analytical mind of ‘Do I want to do this project or don’t I?’ And it wasn’t until I was working with him and witnessing the sort of magic that is the legend of Michael Douglas and what he brings to a film set and how he performs and what he does to the energy in the room when he performs that made me suddenly sit up and take notice and go, ‘Oh my God. I’d better bring it. I’m working with Michael Douglas and he’s a living legend’ and that was an honor.
Paul: Yeah I never shook that feeling every single scene working with him, wow, this is– this is acting royalty. But I remember the first time walking onto the set in the {Ant-Man] suit. And, the first time I ever put it on at a fitting was thrilling; I felt like I was 10 years old. Every single time after that, it was ‘Whoa, I can’t believe this is so cool.’ And then we shot the scene where I discovered the suit for the first time. I’d stand in the bathtub and I– that was the first time putting it on when we were shooting it as well.
And to go from the tent, because there was a tent that I went into and had a small pit crew helping me get into it, walk on set and the camera department and everyone stopped and saw Ant-Man for the first time was totally exciting. And I’ll always remember that.
What do you think is the main theme of the movie, as far as the parent/child relationship?
Evangeline: I cant take that.  I think redemption really is a big theme in the film and I think redemption between father/daughter and the father/daughter relationship is the powerful theme that really anchors the film emotionally.
Paul: I like this idea that we’re dealing with all of this craziness with a suit that shrinks you down and controlling ants and all this kind of stuff, and yet this constant thing with parents and children, whether it’s with Michael, or my daughter and me, or Corey and Michael. That this is the stuff; this is what makes the movie more than just a visual spectacle.
It’s the thing that I think everyone will relate to, you know? We’ve all had bumpy times or whatever in whatever our relationship is, with our parent or our child and that’s the stuff that I think people will relate to. 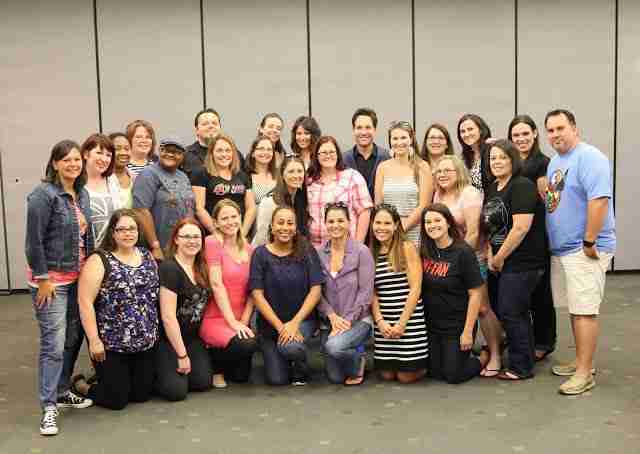 After the interview, we all headed toward the back of the room for a group photo.  As we walked together, I struck up a conversation with Evangeline.  I mean, I didn’t want that weird awkward silence or anything.  I mentioned her Twitter following and the #SuperELves; her face immediately lit up and she asked how I knew them.  I told her I had gotten to know them over Twitter and they send their love.  She went on to talk about them, their “realness” and how she “just loves them.”
And then, as we huddled up for the group photo (being tall and slightly awkward in group photos), I immediately went to the back.  I expected Evangeline and Paul to move closer to the front, since they were the stars of the movie and all.  You can imagine my surprise when Evangeline put her arm around me, pulled me next to her and smiled for the photo!
While both Paul and Evangeline are genuinely nice, down to earth, talent individuals; Evangeline struck out most in my mind.  I can see why she has the huge following and is an inspiration for all women.  You will want to see them both as they exude this awesomeness across the screen.
Like ANT-MAN on Facebook


ANT-MAN opens in theaters everywhere on July 17th!
Disney provided me with an all expense paid trip to L.A. to attend the #AntManEvent in exchange for my coverage.  No other compensation is given and all opinions in my posts are 100% my own.  Disclosure Policy.
Share
Tweet
Pin
0 Shares
Guide For Geek Moms