All of a sudden, my kids think they are filmmakers.  It’s cute.  They both have asked to set up a YouTube channel, they invite friends over to “work on their channel” and they walk around the house taping day to day activities.  However, it’s not cute when my daughter comes bursting into the bathroom, with camera in hand saying, “And this is Mommy taking a bath…” 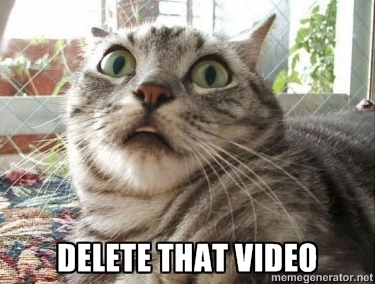 Pixar is always there to the rescue!  Khan Academy just launched Pixar In A Box, a behind the scenes look at Pixar Animation Studios creative process.  And guess what?  It’s a FREE online curriculum that shows how Pixar filmmakers use science, technology, engineering, art and math to create movie magic!

“Our mission at Khan Academy is a free, world-class education for anyone, anywhere,” said Sal Khan, Founder and CEO of the not-for-profit Khan Academy. “Sparking student interest in math and other academic fields is a key part of that, and we’re delighted to collaborate with Pixar to achieve this goal. Pixar in a Box gives students a new way to engage with key academic concepts and see how creative these concepts can be.”
“Learning makes us beginners again,” said Ed Catmull, President of Pixar and Walt Disney Animation Studios.  “In my experience, creativity involves missteps and imperfections, which is one more reason it is important for every one of us to keep learning – in order to remain flexible and keep our brains nimble.   By working with Khan Academy on Pixar in a Box, we hope to encourage the excitement of learning and creative thinking for middle and high school students and to provide the tools to do it.”
“For years, we’ve heard from teachers at every grade level interested in creating animation-based curricula,” said Elyse Klaidman, Director, Pixar University and Archives.  “We’ve wanted to provide free online resources for them, and Pixar in a Box makes that dream a reality. We hope that it not only gives students a behind-the-scenes look at how our movies are made but also gets them excited about STEAM (science, technology, engineering, arts, and mathematics) concepts.”
Khan and Catmull officially unveiled Pixar in a Box at a special event yesterday evening on the Pixar campus in Emeryville, CA. After an introduction from Klaidman, local educators learned the story behind the project and then received a live demonstration of Pixar in a Box from two of its creators – Brit Cruise, Content Producer at Khan Academy, and Tony DeRose, Senior Scientist and Research Group Lead at Pixar. The evening concluded with a question-and-answer session moderated by Klaidman.
“Many students start to lose interest in academics in middle and high school, partly because they don’t see how academic concepts relate to things they care about,” said DeRose. “Pixar in a Box aims to address this disconnect by showing how Pixar filmmakers use these concepts for creative benefit in their everyday work.”
Starting today, students can access Pixar in a Box and learn:
·       How combinatorics are used to create crowds, like the swarm of robots in WALLŸE.
·       How parabolas are used to model environments, like the forest in Brave.
·       How weighted averages are used to create characters, like Buzz Lightyear and Woody.
·       How linear and cubic interpolation are used to animate characters.
·       How trigonometry is used to create the worlds in which Pixar stories take place.
·       How simultaneous equations are used to paint all of Pixar’s images.
“These lessons are the first phase of the project,” said Cruise. “While the first year focuses on math, future Pixar in a Box lessons will explore science, computer science, arts, and humanities.”
All Pixar in a Box resources are available free of charge at PixarInABox.org. The site will be updated as additional lessons become available.
Share
Tweet
Pin
0 Shares
Guide For Geek Moms