Teen Beach 2 premiered on the Disney Channel last month, June 26th.  I am sure if you are the parent of a tween/teen, you have seen it playing on loop in your home.  Well lucky for you, your child can now own it on DVD!  An added bonus?  The DVD comes with Lela’s friendship necklace!
Dive in and rock out with the hottest surf sequel under the sun! Now that summer ‘s over and school has begun, Brady (Ross Lynch) and Mack’s (Maia Mitchell) relationship seems headed for a wipeout – until Lela, Tanner and the “Wet Side Story” kids show up! Dazzled by the novelty and variety of the modern world, Lela wants to stay, but the real world and the “reel” world just don’t mix. Can Mack and Brady find the magic to get the kids home and get their own romance back on track before it’s too late? Packed with electrifying song & dance numbers and hilarious fish-out-of-water wackiness, Teen Beach 2 is “wow-abunga” fun for everyone.
I always become a little leery about sequels.  The first Teen Beach was such a hit in my household but could the sequel hold up to the original?  The answer is yes, yes it can!  In fact, I was more in love with this movie than the sequel.  The plot was awesome, the songs were amazing and the dancing… OH, the dancing!  One thing about these movies is that they have some top notch choreography and this holds true for Teen Beach 2.  I have been a singing and a dancing since I watched it, er I mean my kids. 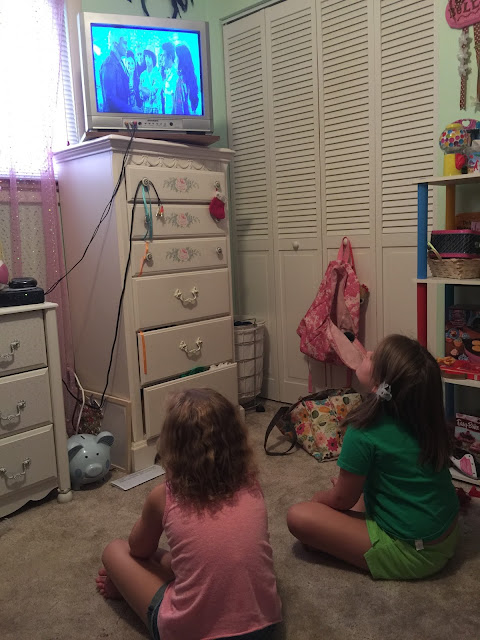 My daughter has hijacked the movie and plays it for every play date and sleep over.  This is a must have addition to your DVD collection!
DVD Bonus Features: Exclusive: Cast Dance Rehearsals  – Exciting new contemporary and retro music with dance numbers choreographed by Christopher Scott. Join Ross Lynch, Maia Mitchell and the rest of cast as they learn some of the crazy steps for the movie.  See how they put the moves into the songs Best Summer Ever, Gotta Be Me, Falling For Ya, and That’s How We Do.
Share
Tweet
Pin
0 Shares
Guide For Geek Moms