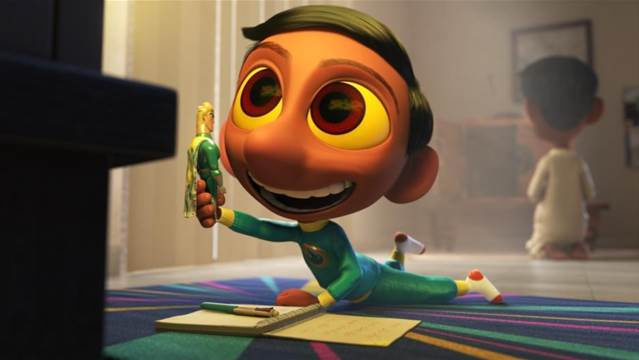 Don’t you just love a good “short” film?  Seriously, it’s like you receive two awesome movies for the price of one!  From Feast to Lava and the EVER popular Frozen Fever; this past year Disney has graced us with a plethora of great short films.  On November 25th, when The Good Dinosaur premieres in theaters everywhere, you will be treated with another amazing short before the feature film: Sanjay’s Super Team.