Skip to Content
Share
Tweet
Pin
0 Shares
Disney provided me with an all expense paid trip to L.A. to attend the #ABCTVEvent in exchange for my coverage.  No other compensation is given and all opinions in my posts are 100% my own.  Disclosure Policy.
FOUR COUPLES REMAIN, BUT ONLY ONE CAN TAKE HOME THE MIRRORBALL TROPHY ON THE TWO-PART FINALE OF “DANCING WITH THE STARS”  TUNE IN Monday, November 23 8PM/7c & Tuesday, November 24 9PM/8c!
“Carrie Ann Inaba, how would you rate Amanda’s Dancing with The Stars dress?”
TEN!
“Julianne Hough, how would you rate Amanda’s dance moves?”
TEN!
“Bruno Tonioli, how would you rate Amanda’s Dancing with The Stars experience?”
TEN!
Last week, I had the most amazing opportunity to attend a live taping of Dancing with The Stars!  Now I have to admit, I have not been following the past few seasons of Dancing with The Stars as religiously as when the show first aired.  When I found out I was going to attend a live taping, I made sure to make it home by 8PM/7c on Monday evenings to cheer on the stars!  I’m so glad I did, this season has been full of amazing talent and incredible back stories! 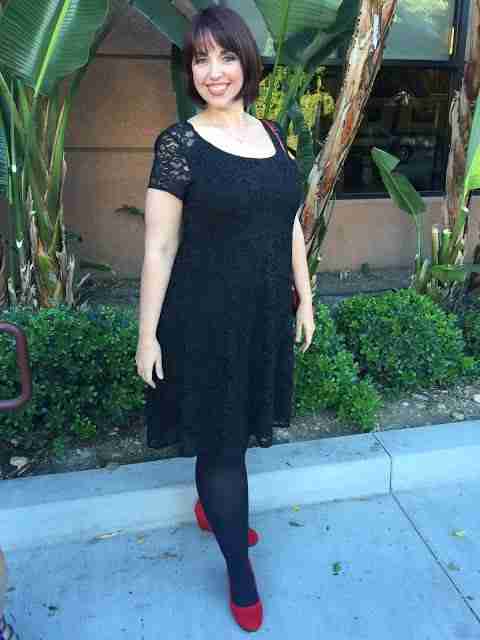 Now what do you think of (besides dancing) when you think of Dancing with The Stars?  For me, it’s the COSTUMES!   When I found out I was going to attend the live taping, I knew I had to attend the event looking HOT!  This Torrid black lace dress with red wedges did not disappoint.  You know I had to take a few photos even before we left for the event.  Killin’ it! 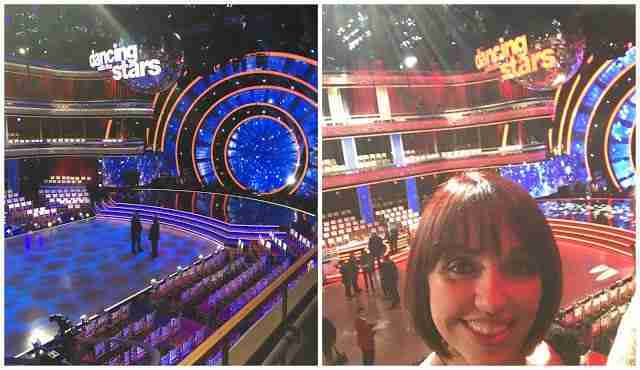 When we pulled up to the studio lot, I notice lines of chairs and a huge crowd outside waiting for a chance to attend the show.  It made me pause for a second and realize how blessed I was to have a chance to not only attend a live taping but also be a part of all the behind the scenes! 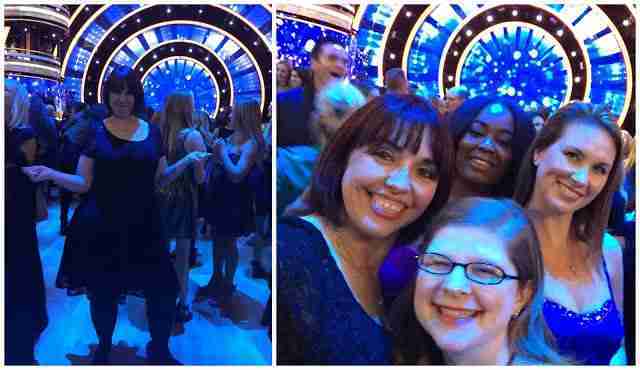 Like before the show started, we were invited on stage to shake their groove thangs!  You know, I will never miss a chance to get my moves on and that is exactly what I did!  I may or may not have been spotted doing the Nae, Nae. 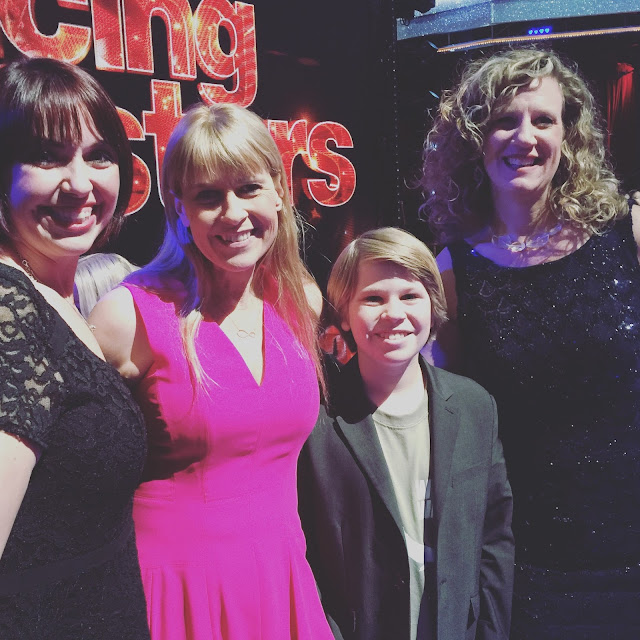 And while shaking it up, who do I see?  Bindi’s mom and little brother!  Let me tell you, they were as sweet in person as you have seen on TV.  Her little brother thanked us for our support for Bindi over and over again.  It was the cutest thing. 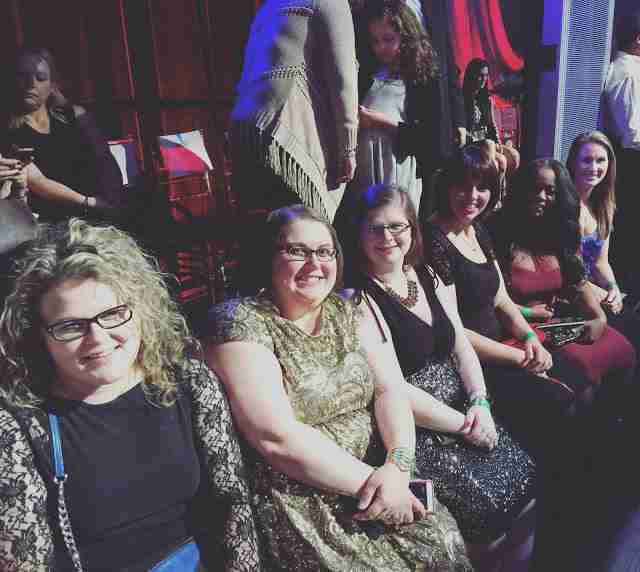 Time for the show!
We took our seats, which were right off the first balcony, and were ready to cheer on the contestants.  Watching the show on TV, you can feel the excitement but being there to witness it was unbelievable.  The anticipation in the audience before each dance and excitement when they “nailed the dance” was truly amazing!
And let me tell you, if you ever teared up watching the back stories of the contestants, expect water works witnessing it live!  Not only did you feel the excitement but you were emotionally connected to each one.  When the American Flag stood tall during Alek’s dance or when Carlos’s wife was watching him with pride from the sidelines; I never felt so emotionally invested!
Which is why it’s so hard to choose a favorite!  When it was announced NO ONE was going home this week; the place roared with screams and applause! 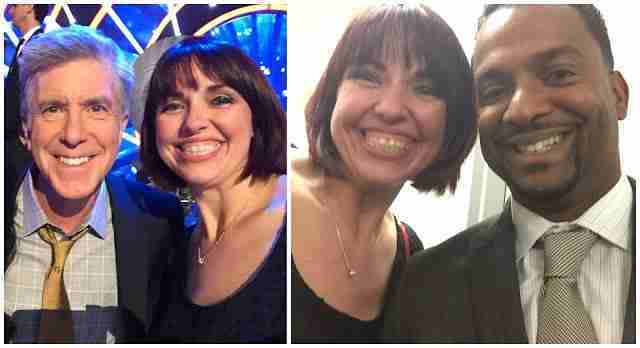 After the show, we were able to go back on stage and meet judges Carrie Ann Inaba, Julianne Hough, Bruno Tonioli and show host Tom Bergeron! 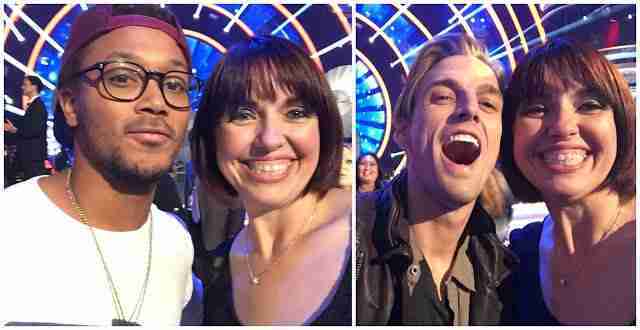 I also spotted some other celebrities which I had to snap a few photos with!  Recognize Alfonzo Ribeiro, Romeo and Aaron Carter?!  They were all awesome! 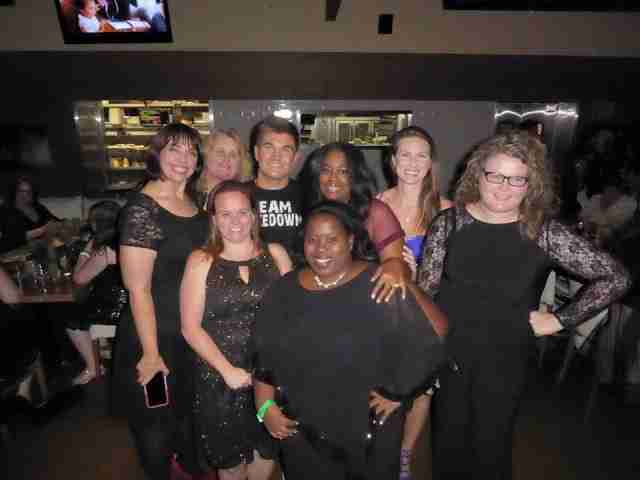 You would think the excitement of the evening would end when we left the studio and went to dinner at Mixology.  Oh no, as we were watching the replay of Dancing with The Stars on the west coast, in walks Alek Skarlatos!  He met his family for dinner and was sweet enough to take some photos with us.  And yes, he is as handsome in person as he is on TV.
TUNE IN Monday, November 23 8PM/7c & Tuesday, November 24 9PM/8c!
DWTS on Facebook
DWTS on Twitter
DWTS on Instagram
Share
Tweet
Pin
0 Shares

Awesome! I was looking forward to hearing about your night out. I love Dancing with the Stars!

All those selfies! I LOVE IT!!! I felt your excitement reading your post! :) So glad we got to experience it together!

Such a cute recap, you looked fab!