I ruined it.  I totally ruined Star Wars for my son.  When we first introduced him to Star Wars years ago, we began the series with Episode 1 and proceeded from there.  Don’t be judge-y.  I know it was a total parent fail, I should have began with A New Hope.  Not because it was the movie we all fell in love with but, because it’s the plot twists and turns that MAKE Star Wars.  There is nothing like the shock we all felt when Darth Vader kills Obi-Wan Kenobi and he vanishes into oblivion.  Or the epic words of Darth Vader “Luke, I am your Father.”  It is those moments which make Star Wars the truly epic movie it is.  It’s also the very reason that makes my Star Wars review so difficult to write.  I don’t want to give anything away that would ruin your Star Wars experience.  So, lets just talk about the reasons Star Wars: The Force Awakens is a must see!

J. J. Abrams
Let’s be honest.  We were worried, were we not?  How can anyone else beside George Lucas take this legendary film and do it justice?  And frankly, even Lucas had a tough time of it with Episodes 1-3.  Yeah, I said it.
But… Abrams delivered!
He brought the story of Star Wars back to it’s roots.  He did not need all the flashy CGI, don’t get me wrong the effects were great, but he delivered a story that will not only appease the die hard Star Wars fans but capture new ones.  It was action packed, it was funny, it was clever and most importantly it was nostalgic.  There is no doubt Abrams is a Star Wars fan himself and wanted to awaken the force in us all once again. 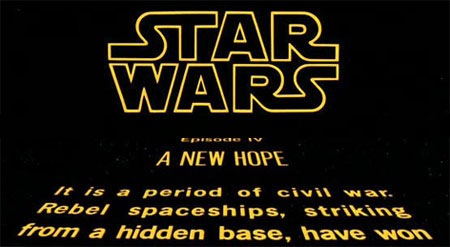 The Music
If you don’t get goosebumps during the opening crawl of every Star Wars movie, then I’m not sure we can be friends.  And if you can’t hum the Imperial March, you must have come from another planet. Probably Tatooine.  John Williams, the original Star Wars composer was brought back to work on The Force Awakens and he does the job brilliantly.  From the very first note, I was filled with emotions and brought back into that world of The Force.

The Dark Side
You can not have light without darkness.  You can not have sunshine without rain.  You can not have a hero without a villain.  There must be balance in the force.
It’s hard to follow in the foot steps of Darth Vader, one of the galaxy’s most infamous villains.  However, Kylo Ren (Adam Driver) just might be able to hold a light saber next to him.  He’s dark, he’s powerful and he has a hella cool light saber.
Without giving anything away, the classic battle between good versus evil has never been so intense!

The Cast
Han Solo, Princess Leia and Chewie… Oh My! Who would have ever thought we would see these three together again on the big screen?  Not I!  Forty years have passed since we first fell in love with them and it seems like nothing has changed.  They were incredible, no doubt about it.  However, it was the new ensemble that had me glued to the screen.
Star Wars has always been ahead of it’s time.  It revolutionized strong female characters from Princess Leia, to Padme and now Rey; it gave us girl power!  The Force Awakens doesn’t disappoint in pushing this envelope even further with it’s new racially diverse cast!  Now so many more little boys and girls have a character they can relate to, Star Wars does it once again!

The Legacy
The last reason you must see Star Wars: The Force Awakens?  Because…..
It’s Star Wars, period.