Skip to Content
Share
Tweet
Pin
0 Shares
Disney provided me with an all expense paid trip to L.A. to attend the #ABCTVEvent in exchange for my coverage.  No other compensation is given and all opinions in my posts are 100% my own.  Disclosure Policy.

Miss Piggy is my girl.  Growing up being “larger” than most girls my age, I could watch The Muppets and see a role model in Miss Piggy.  She was portly yet she exuded beauty, power and confidence.  She was the epitome of what I wanted to be when I grew up and to tell you the truth; I think I am a lot like her.  Although I would’ve chosen Gonzo as my mate (he always made me laugh), I can see many qualities I share with Miss Piggy.  When I found out The Muppets were coming to prime-time television, ABC Tuesdays 8/7c, I was thrilled.  When I found out we were going to visit the set and interview Director Randall Einhorn and Performer Bill Barretta (Executive Producers), I was ecstatic!

Randall Einhorn: That’s the idea that our writing staff came up with the idea that this band, they’ve all banded together and to give Kermit some normal life, where he’s got a real job and he’s got a mortgage, and he’s got banking to do.  I suppose it could have been any number of shows but I think a talk show kind of places them in the real world where Piggy plays a celebrity who has a talk show, kind of like Ellen.

Bill Barretta: I think they like the idea of having a female late night talk host. It gave Piggy a place to be a diva to make everything about her and the show is all about her.  I think something that they liked and felt it would be fun to kind of explore and see what we do. 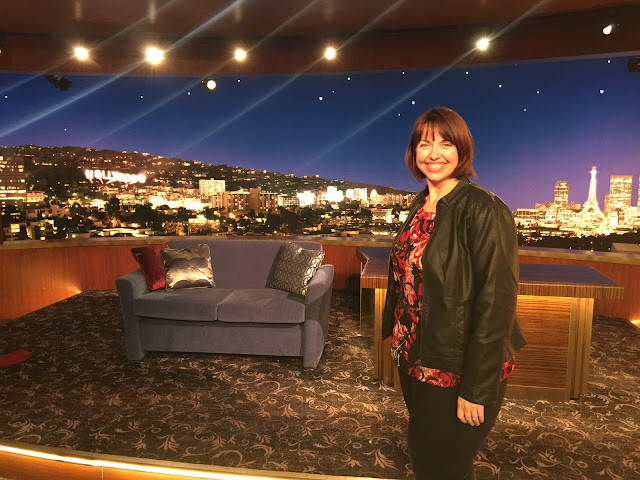 And there I am, the next guest star on Miss Piggy’s show!
How do they pick the Guest Stars?
Randall Einhorn: Text, calling.  Mindy Kaling is on an episode coming up and I was like “Mindy, could you, would you?  We would love you to.”  Many are people that we’ve worked with and also people who love the Muppets, like Dave Grohl, he wanted to do it which is awesome.
Bill Barretta:  Yeah, there are people who obviously want to come do it and then sometimes the script dictates who we need or type of person or we’ll write specifically for certain people.  Sometimes they’re not available so we try to find well who’s gonna be great in this kind of specific scenario or storyline.
Randall Einhorn: Reese Witherspoon wanted to do it from the get go.

Attention, Attenion: “I’m looking for Walter!”
Where IS Walter?
Bill Barretta:  When we first started the show, there were certain ideas about what the show would be about and certain jobs or certain places for certain characters.  This first season I would say Walter was just kind of someone that we felt didn’t have a place yet in this arena. 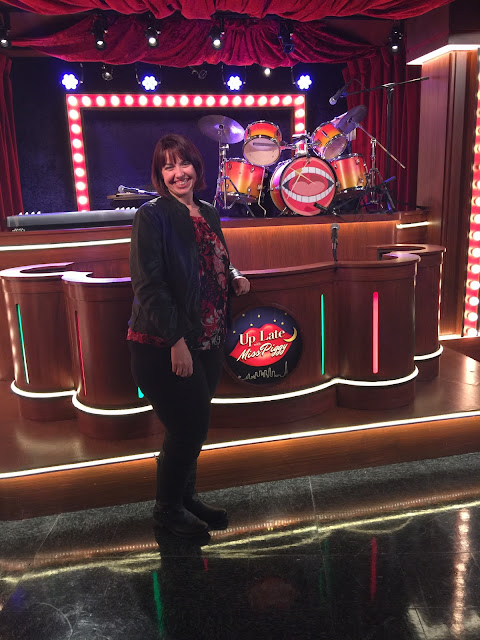 So stay up late with me and watch Up Late with Miss Piggy on ABC Tuesdays 8/7c!  Tonight “The Great Gonzo” returns to perform a high flying stunt and Dave Grohl challenges Animal in a drum-off!
Tonights Guest Stars: Joseph Gordon-Levitt and Foo Fighters’ Dave Grohl
Share
Tweet
Pin
0 Shares

Thanks a lot for charing your impressions. I would have loved to do the interview with Bill and Randall, too.

I love this, too cute!