Skip to Content
Share
Tweet
Pin
0 Shares
I have received copies of these movies as a member of Fox Home Entertainment Insiders.  All opinions are my own. 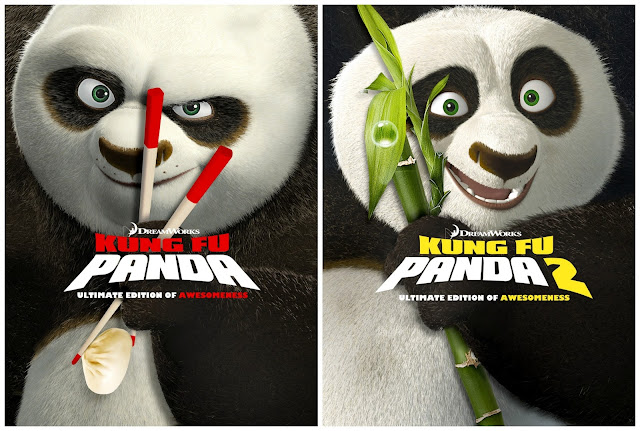 Skadoosh!  Yes, you will hear this word echoed through my household for the next few weeks.  Why, you ask?! Because we are preparing for the release of Kung Fu Panda 3, opening in theaters everywhere January 29th!  To prepare for the new Kung Fu Panda movie, we will also be marathon watching the first two editions!
“The Hilarious Smash Hits DreamWorks Animation’s Kung Fu Panda and Kung Fu Panda 2 Arrive with New Bonus Features on Digital HD December 15 and Blu-ray™ and DVD January 5. Skadoosh!”

Relive the awesomeness of everyone’s favorite martial arts- loving panda and the Furious Five in Kung Fu Panda and Kung Fu Panda 2. Twentieth Century Fox Home Entertainment will release the two films with new extras on Digital HD December 15 and Blu-rayTM and DVD January 5 with a bonus disc of new content.
In DreamWorks’ Kung Fu Panda, Jack Black is perfect as the voice of Po, a noodle- slurping dreamer who must embrace his true self – fuzzy flaws and all – in order to become the Dragon Warrior. With groundbreaking animation and high-kicking humor, the Oscar-nominated Kung Fu Panda is delightful entertainment for the whole family.

Black reprises his role as Po in Kung Fu Panda 2, the fiercely funny Academy Award- nominated sequel. In his biggest challenge since becoming the Dragon Warrior, Po must lead his friends and fellow kung fu masters, The Furious Five, on a mission of epic proportions to defeat his most threatening rival yet!
The re-release of these films will include exciting new bonus features for the whole family to enjoy, including an all-new 22 minute animated adventure, “Secret of the Scroll,” and an exclusive sneak peek of DreamWorks Animation Kung Fu Panda 3.
Share
Tweet
Pin
0 Shares
Guide For Geek Moms