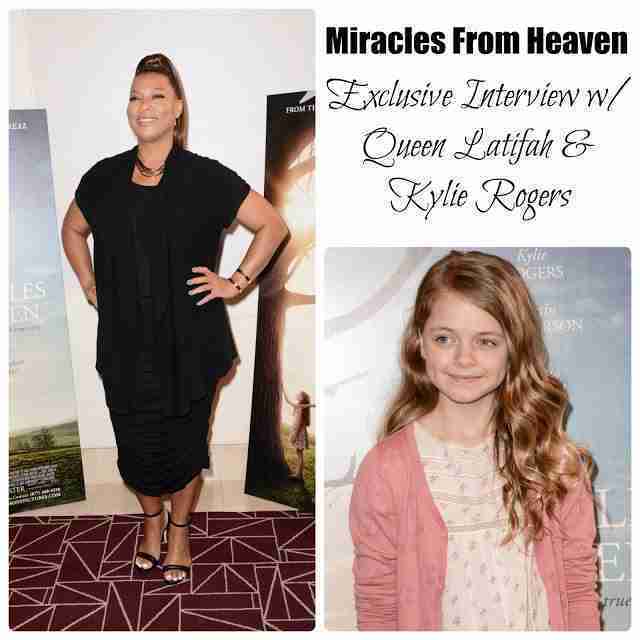 Last week, I had the pleasure to travel to Los Angeles to attend the Miracles From Heaven press junket, opening in theaters March 16th.  After screening the movie on our arrival, I could not wait to interview the cast.  The story was heart warming, tear jerking and beautifully made.  You will have to wait until Wednesday for my full review but until then, I will share some highlights from my interviews.

Queen Latifah and Kylie Rogers walked into the room and you could tell instantly they had a strong friendship.  This friendship was fitting considering Queen Latifah plays Angela, a friend of Anna and Kristy Beam, and Kylie Rogers plays Anna herself.  When they took their seats, Queen Latifah often looked over at Kylie and smiled every time she spoke.  You could tell she adored Kylie and was very proud of her as an actress and person.  Here are some highlights from the interview: 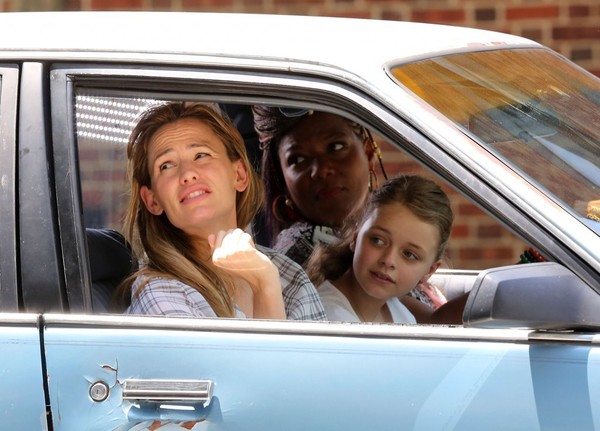 Does Queen Latifah believe in Miracles?

I DO believe in miracles. I think things just happen and some people say “Wow, this was a lucky break or how serendipitous that this happen to you.” But for me some things are just like “Wow, that is a miracle!” And you see some crazy thing happen like a kid come out of a hole fine, with just a couple of scratches. That is a miracle to me. I’ve seen it before. So for me, I love the magic of that. To me, miracles are almost like magic. They seem fantastical, like something magical happening in real life. Maybe it is the little kid in me but there is something special about that. It makes me feel kind of hopeful, like there is something greater than me happening. Makes me excited about life and what happens after life.

How did Queen Latifah approach her role?

I looked to Patricia to give me the direction I needed to “bring it”. She was like, “We need you to bring what you bring. Bring the humor and good vibes” and some of the things you all really know of me to be. They are at one of the most difficult places in their life in the film and this is what Angela gets to do. She gets to come break it up and relieve the stress a little bit, so I can totally relate to that. 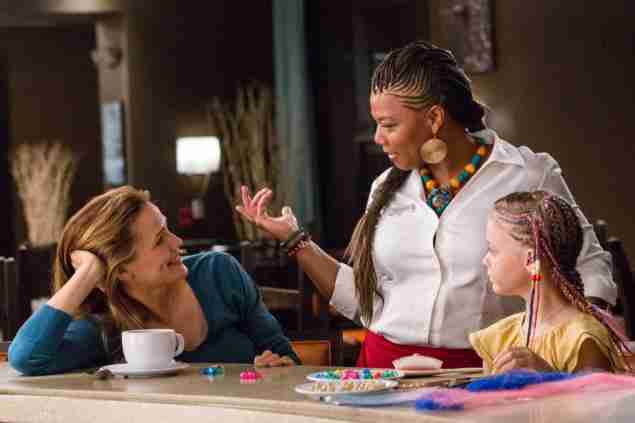 What about the braids?

Queen Latifah: I absolutely did not do the braids! But I knew how to “play play” braid. You really just have to do the motion and pretend to look like you know what you are doing. But those braiders were so fast, I couldn’t believe how quickly they would braid her hair and it was out for the next scene and back in. It was fun to see her have the braids.

Kylie Rogers: And after they took the braids out {my hair was frizzy}.

Queen Latifah: I know, I know. She never had seen her hair like that before! It was fun; I was around for baby’s first braids.

Kylie Rogers: It did hurt!

Most difficult challenges for Kylie Rogers?

The emotions and being someone, this is so big and this actually happened to someone. It is difficult for me to process it sometimes. There are just so much emotions. I had to get so emotional sometimes. That was hard.

[And the belly] It took a bit to get used to. The prosthetic one was really thick and this rubbery texture. It was SO hot and in Atlanta. When I was climbing the tree I had to wear it. It was hard to get use to but kind of fun to have. The pregnant belly! 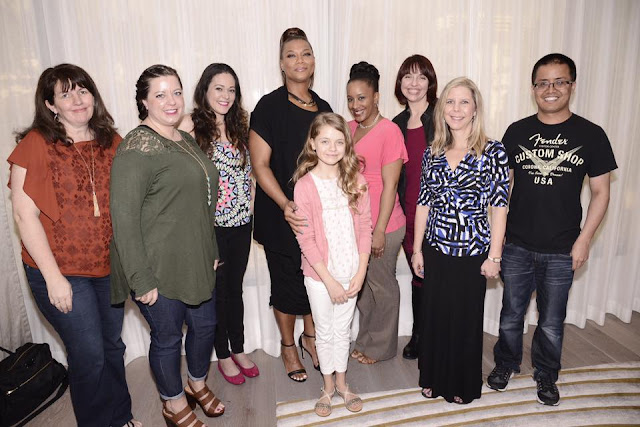 Miracles From Heaven opens in theaters everywhere on March 16th!