Skip to Content
Share41
Tweet8
Pin
49 Shares
If you recall, earlier this month Jesica from The Mommy Bunch attended the Ratchet And Clank press junket in LA for Guide For Moms.  While at the junket, she was able to play the new Ratchet & Clank video game.  Check it the details! Developed alongside the major motion CG-animated picture coming to theaters in 2016, Ratchet & Clank™ (PS4) marks the PlayStation®4 debut of PlayStation’s greatest intergalactic heroes, Ratchet and Clank,as they battle to save the Solana Galaxy from the evil Chairman Drek. Having already seen the movie myself, I can tell you that the game is very much reminiscent of the movie. Some of the scenes even look like they are straight out of the movie! If I didn’t know any better, I would think this shot of Victor Von Ion and Ratchet was right out of one of the movie’s fight scenes. 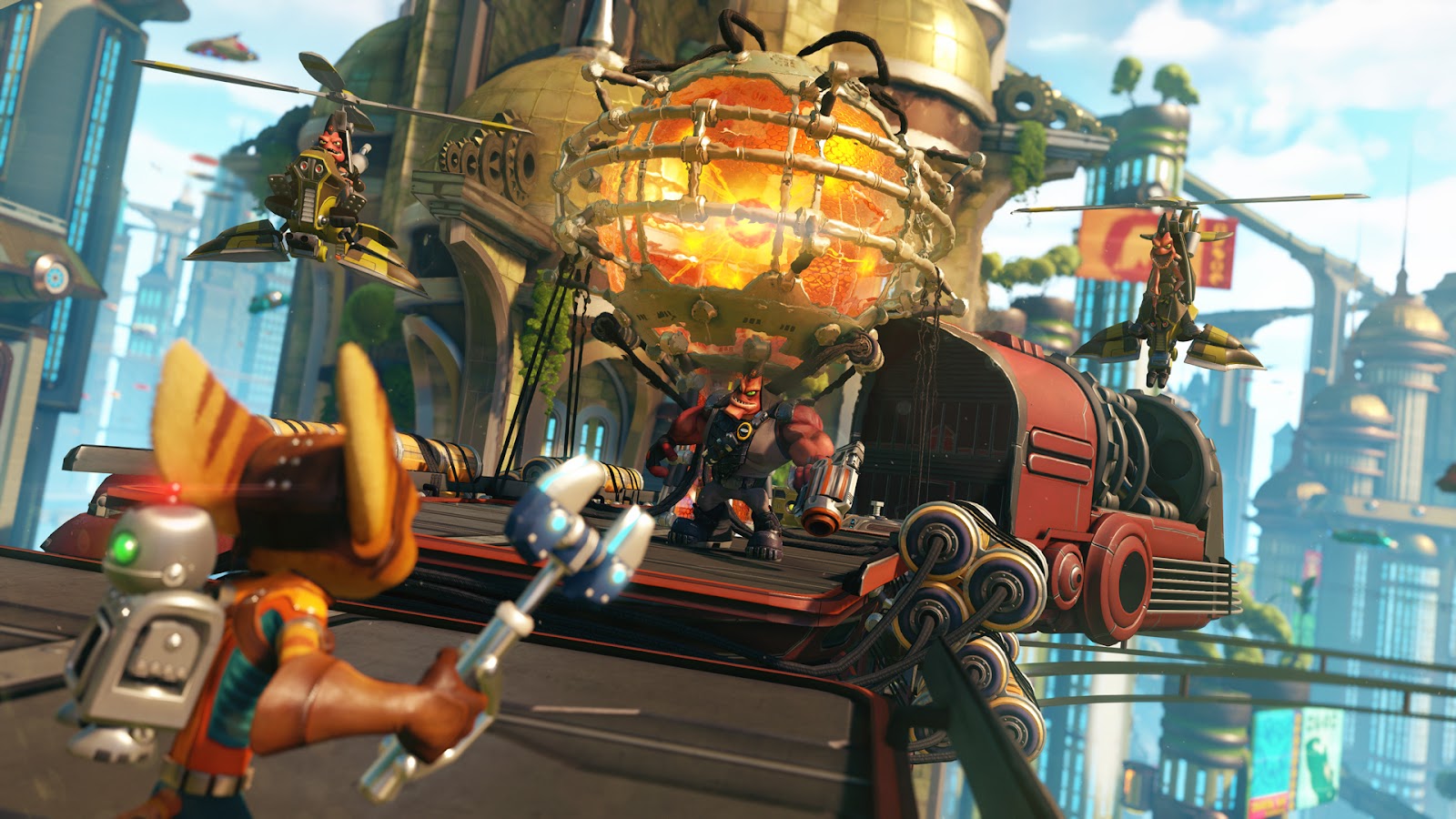 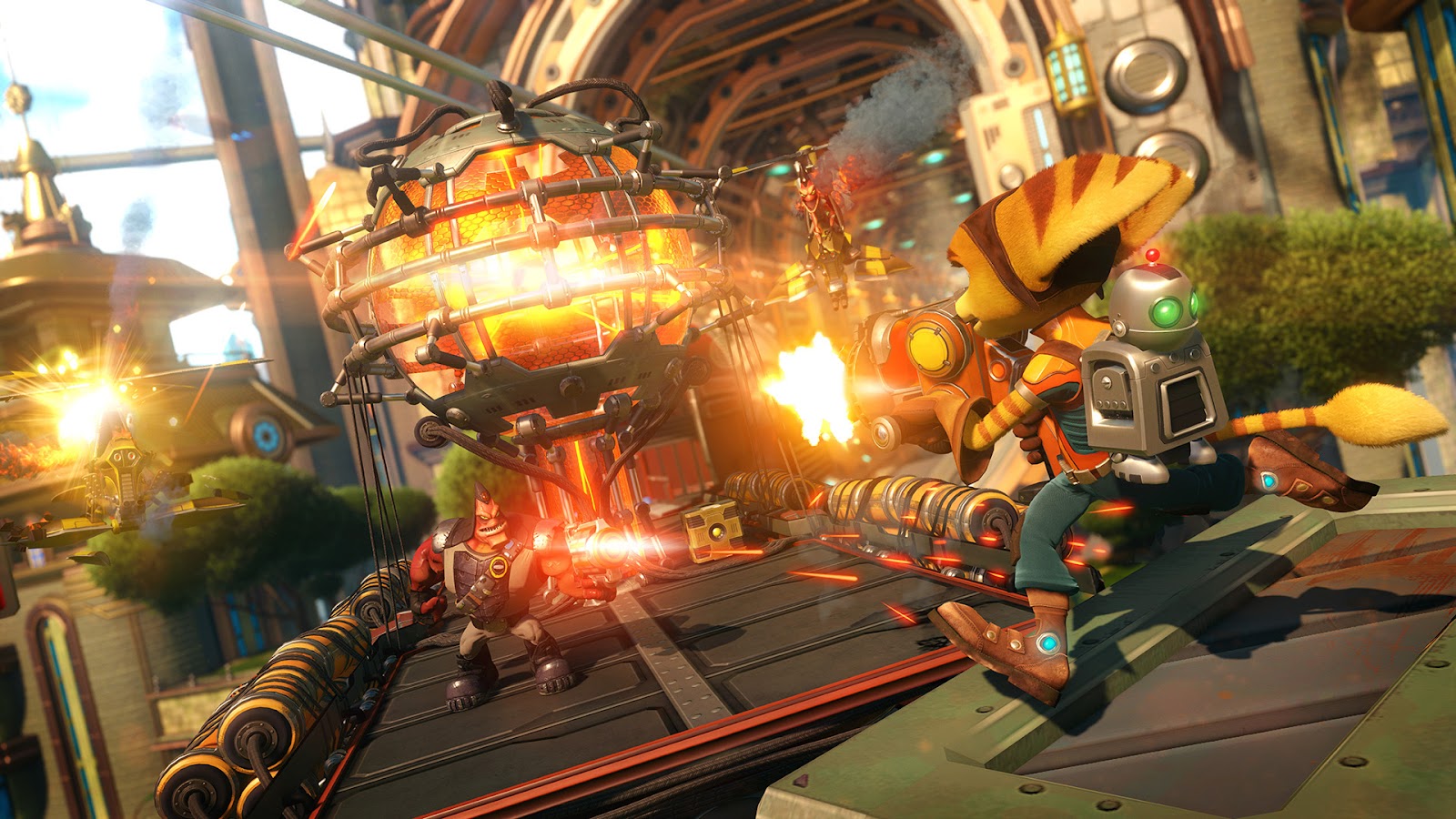 Ratchet & Clank (PS4)is a new game based on elements from the original Ratchet & Clank(PS2), featuring more than an hour of new cinematics, new locations, weapons, bosses and more. Join Ratchet, Clank, Captain Qwark and new friends as they embark on an intergalactic adventure, and experience the start of an epic friendship (again) on PlayStation 4.
KEY FEATURES:
RATCHET COMES TO PS4: Ratchet & Clank (PS4) takes a deeper look at the characters’ origin stories and modernizes the original gameplay, featuring new planets, new boss fights, flight sequences, and more – all constructed to take advantage of the power of the PS4.
THE GAME, BASED ON THE MOVIE, BASED ON THE GAME: Ratchet & Clank(PS4) will launch for PlayStation 4 in the US on April 12, 2016, alongside the animated film of the same name. The film, featuring a star-studded voice cast, will be released in the United States on April 29, 2016.
THE GANG’S ALL HERE: Romp around the Solana galaxy with the beloved cast of characters – Ratchet, Clank, Captain Qwark and the dastardly Chairman Drek, as well as many brand-new characters to the franchise.
NEW GAMEPLAY, WEAPONS, AND STORY: Ratchet & Clank (PS4) combines the signature platform adventure gameplay and humor the franchise is known for with new narrative details, planets, gameplay sequences, bosses and weapons.o From the brand new Pixelizer (which transforms enemies into explosive8-bit pixels) to franchise favorites like the dance-party-inducingGroovitron and wise-cracking robotic bodyguard Mr. Zurkon, Ratchet & Clank’s arsenal has never been better.
Check out some of the new weapons in this video clip of gameplay:

Thoughts on the 2016 PS4 version of Ratchet and Clank:

Insomniac’s Ratchet and Clank is a terrific game that’s a joy to play. It is one of the most creative and rewarding adventures that I’ve been on in quite some time. The game features exceptionally varied and interesting gameplay, from racing through dogfighting to puzzling – and, of course, plenty of platforming. Add to that an arsenal of truly entertaining weapons, excellent cutscenes, and superb graphics and sound, and you have a memorable game that will be a pleasure for those new to the series and those familiar with the earlier version. The story follows the same path as the 2002 version, but it is far more than a remake or remaster. Ratchet is completely rebuilt and the subtle touches in the revamped colorful world are not unnoticed. The animation is pleasing to say the least. 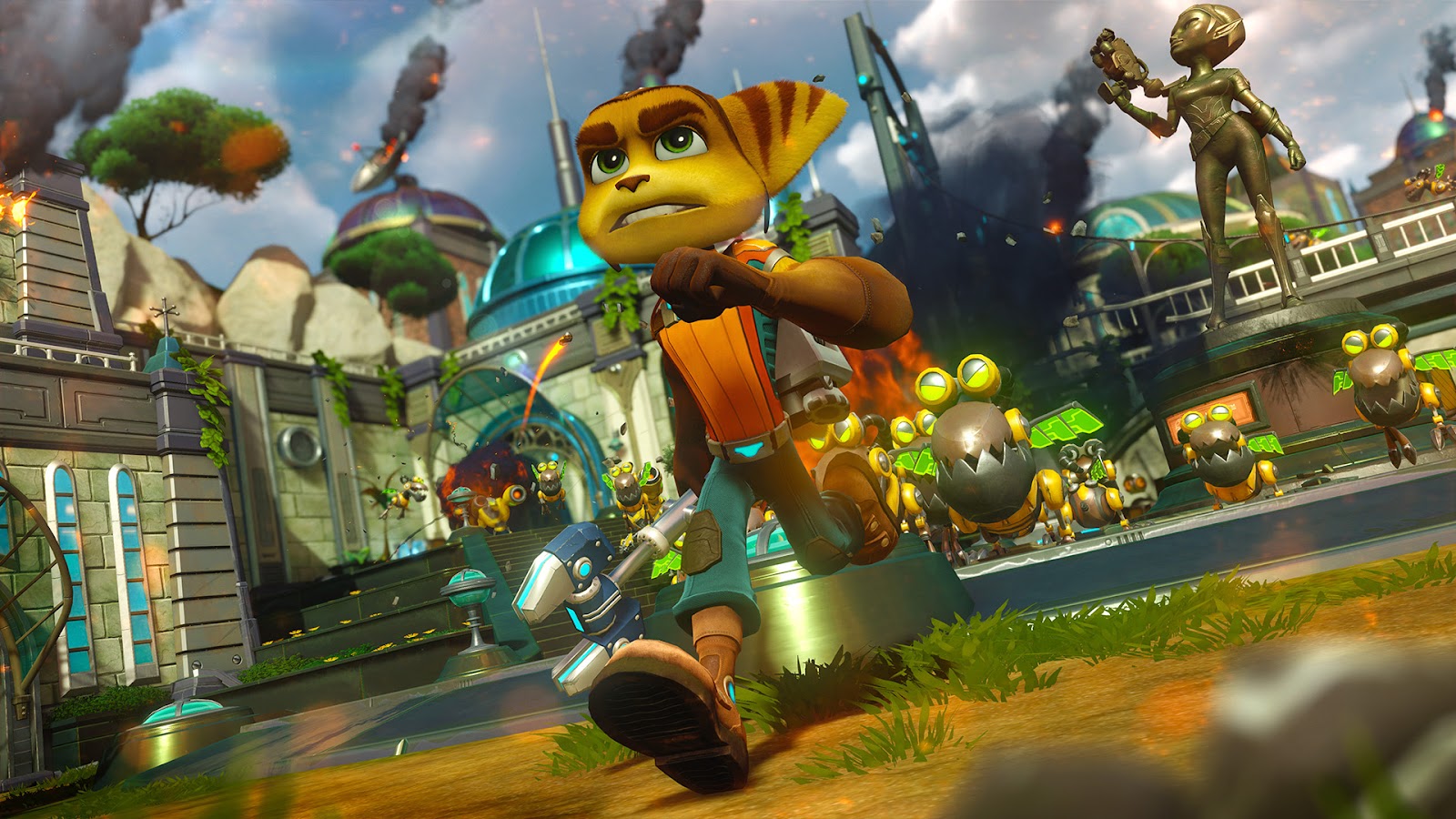 In addition to the superb animation and story, the new weapons are simply amazing. The Pixelizer is a favorite in my household, but everyone has at least a couple that they love to use.  Overall Ratchet and Clank is a wonderful culmination of 14 years of love by Insomniac Games. They have taken characters we love and given them an even more gorgeous place to play, a great weapon system, and beautiful worlds to explore. It is an adventure gamers of all ages are sure to love!