Skip to Content
Share
Tweet
Pin
0 Shares
Recently, I hinted at the fact (okay blatantly told you) that I would be headed to LA to watch the new movie, Ratchet & Clank, which is based on the video game of the same name and give you a review here for Amanda. 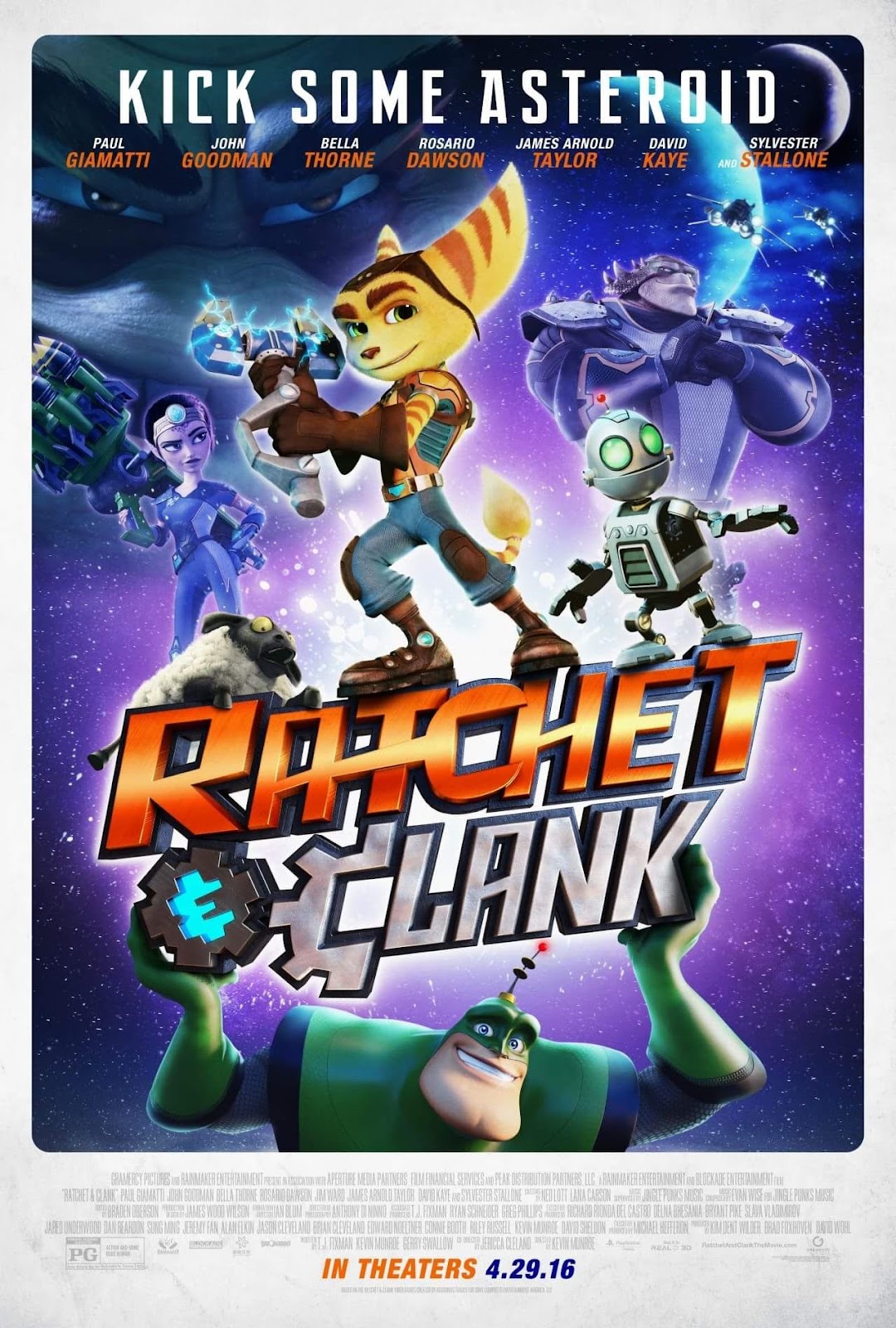 As someone who owns the 2002 version of the game, I was optimistic, yet skeptical about how well the movie would stay true to the game. As I mentioned in my review of the new 2016 version of Ratchet & Clank for Playstation, as well as in the interviews with the cast, the movie follows the story in spectacular fashion.

Since 2002, fans young and old have enjoyed following the epic journey of lovable rapscallions Ratchet and Clank in video game form. Now, everyone will be able to follow the intergalactic heroes on the big screen in epic form as Ratchet & Clank is headed to theaters via a fully animated feature film where fans will NOT be disappointed at all.
Both kids and adults alike will enjoy the overarching theme of “if you have heart, you can do anything.” And if you are familiar with the game version, you will also enjoy seeing what appears to be a video game brought to life.
If you are new to these characters, you won’t be left feeling like you were missing something at all. The storyline is compelling and fun from start to finish. It is worth a trip to the theater. On April 29, 2016 you and your family can fall in love with these amazing characters too! Head to the theater to watch this movie, I promise you won’t be disappointed. There is enough action to keep older kids entertained, enough comedy for adults to enjoy the movie, and enough fun for even young kids to enjoy watching!

TRAILER
OFFICIAL SYNOPSIS
Two unlikely heroes struggle to stop a vile alien named Chairman Drek from destroying every planet in the Solana Galaxy. Ratchet is the last of his kind, a foolhardy “lombax” who has grown up alone on a backwater planet with no family of his own.Clank is a pint-sized robot with more brains than brawn. When the two stumble upon a dangerous weapon capable of destroying entire planets, they must join forces with a team of colorful heroes called The Galactic Rangers in order to save the galaxy. Along the way, they will learn about heroism, friendship, and the importance of discovering one’s own identity.
Voice Cast: Paul Giamatti, John Goodman, Bella Thorne, Rosario Dawson,
Jim Ward, James Arnold Taylor, David Kaye, Armin Shimerman, and Sylvester Stallone
Directed by: Kevin Munroe
Written by: T.J. Fixman, Kevin Munroe, Gerry Swallow
Produced by: Kim Dent Wilder, Brad Foxhoven, David Wohl
Release Date: Nationwide from Gramercy Pictures on April 29, 2016
#RatchetandClank
Facebook
Twitter: @ratchetmovie
Instagram: @ratchetmovie
Official Site
And don’t forget….
Use the Sheepinator to rid the internet of negative energy by zapping mean tweets into fluffy sheep:
KIDS VERSION: http://sheepinator.com/kids
GROWN UPS VERSION: http://sheepinator.com/
“To be a hero you don’t have to do big things, just the right ones.” -Grimroth

About the author:
Jesica Helgren is a fun-loving mom of four, a wife, a teacher, and even a personal shopper! When she isn’t busy being pulled in fifty directions, she loves to share great parenting advice, recipes, technology, and entertainment on her blog, The Mommy Bunch.
Share
Tweet
Pin
0 Shares
Guide For Geek Moms