The highly acclaimed Rodgers & Hammerstein’s The Sound of Music is playing at The Fabulous Fox in St. Louis April 26th – May 8th.  We all know the beloved character Maria, played by the very talented soprano Kerstin Anderson, who’s “hills are alive by the sound of music.”  And of course, the von Trapp children and widowed father Captain von Trapp played by Ben Davis.  I had the chance to attend opening night last Tuesday and let me begin by saying, it was amazing! 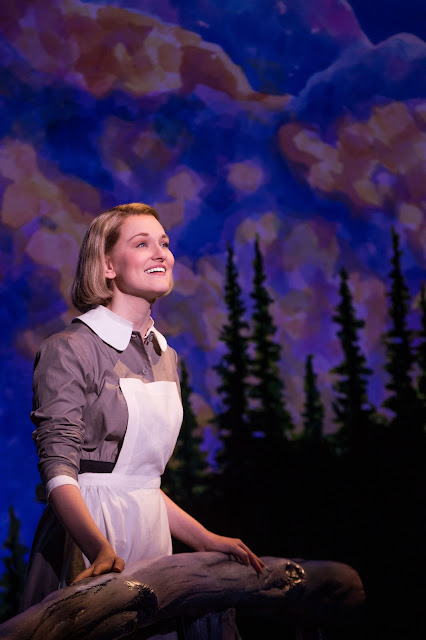 As the curtains rose, I was immediately drawn in to not only the angelic voices of the nuns at the abbey but also the beautiful set designs, created by Douglas W. Schmidt and lighting by Natasha Katz.  The sets were fit for a queen, or… an aspiring Nun and Captain in the Austrian Navy. 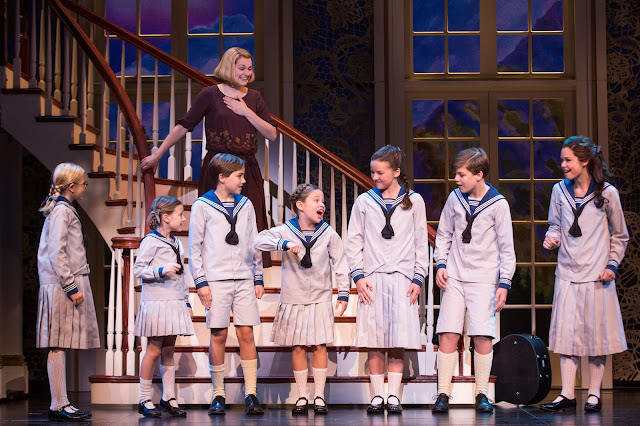 And while I can wax poetically of the set designs, let us not forget the music.  The Sound of Music IS about music after all and it did not disappoint.  We were treated with a “few of our favorite things”, had a little lesson in “do, re, mi” and given a sweet ‘farewell, Auf Wiedersehen goodnight.”  It was a delight to be reacquainted with the ever popular lyrics and enchanting songs that make The Sound of Music. 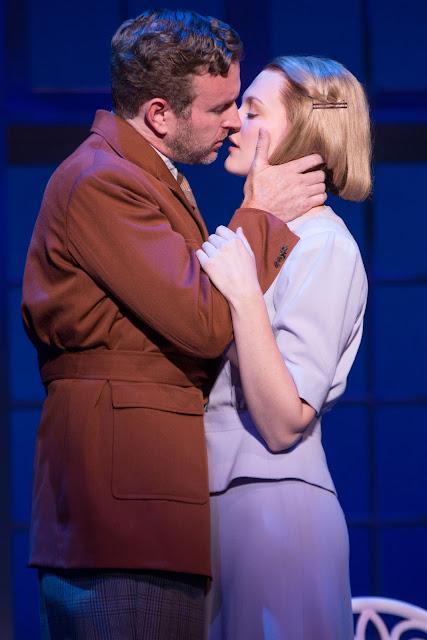 I had never seen The Sound of Music on stage before last night, my memories of the story are that of Julia Andrews whisking across my television set.  But to be there and see it live on stage, witnessing such a classic come to life, it was truly an unforgettable experience.  So what are you waiting for?  Get your tickets today at Metrotix.  It will soon become one of your favorite things.
THE SOUND OF MUSICfeatures music by Richard Rodgers, lyrics by Oscar Hammerstein II, book by Howard Lindsay and Russel Crouse, suggested by The Trapp Family Singers by Maria Augusta Trapp. This new production is directed by Jack O’Brien (credits include: Hairspray, The Full Monty, Dirty Rotten Scoundrels, The Coast of Utopia), choreographed by Danny Mefford (Fun Home, The Bridges of Madison County and Bloody Bloody Andrew Jackson) and music supervision by Andy Einhorn (Bullets Over Broadway, Rodgers & Hammerstein’s Cinderella, Brief Encounter, The Light in the Piazza). The design and production team is comprised of Douglas Schmidt, set design (Tony Award® nominee: 42nd Street, Into the Woods); Jane Greenwood, costume design (2014 recipient of the Special Tony Award® for Lifetime Achievement in the Theatre), Natasha Katz, lighting design (Five-time Tony Award® winner: An American in Paris, Once, Aida, The Coast of Utopia, The Glass Menagerie) and Ken Travis, sound design (Aladdin, Newsies, Memphis). Casting by Telsey + Company/Rachel Hoffman, CSA.
According to director Jack O’Brien, “THE SOUND OF MUSIC has been in our ears for decades, as it deserves to be. But it might be time to look once more, and more closely, at this remarkable work which, I feel, begins to reveal itself as deeper, richer, and more powerful than ever. It’s no longer ‘your mother’s’ familiar SOUND OF MUSIC. We are tearing off the varnish of the past from one of the great glories of our theatergoing experience and making it fresh! This is an opportunity we’ve all longed to create!”
Producer Beth Williams (Grove Entertainment) said, “It’s a great privilege to bring this beloved Rodgers & Hammerstein musical to theaters across North America. We hope that people of all ages will continue to fall in love with it for the first time, or all over again, and that it will truly become one of their ‘favorite things.’ From our distinguished team led by the creative master Jack O’Brien, audiences can expect a truly magnificent production of THE SOUND OF MUSIC.”
In the words of Ted Chapin, President of Rodgers & Hammerstein, “THE SOUND OF MUSIC continues to be the world’s most beloved musical.  When a major national tour was suggested, I not only agreed, but was willing to roll up my sleeves and do whatever I could to fashion a new stage production that would re-engage today’s theatergoing public. The show was originally created for Broadway, and seeing it on stage only reinforces the power of the story and the score. And with Jack O’Brien at the directorial helm – well, we simply couldn’t do better. Landing somewhere between The Coast of Utopia and Hairspray (shows for which Jack won the Tony®), his production will be smart, focused, and surprising.  I can’t wait.”
Share
Tweet
Pin
0 Shares
Guide For Geek Moms