Last weekend, the family and I had an awesome opportunity to attend Wizard World Comic Con in St. Louis.  Admittedly, I am a Nerd.  A total Geek.  Heck, I was a Geek before it was cool to be a Geek, before it became “mainstream”.  However, despite being a self proclaimed Geek; I did not receive my proper “Geek Badge” until I attended my very first Comic Con.  And I took the family with me!
Top Five Reason To Attend Wizard World Comic Con

CosPlay
If you don’t know what CosPlay is, let me school you a bit.  Basically, it is like Halloween for us Nerds.  You break out your creativity stick and dress up in your favorite costume.  Sometimes, you see a group of people dress up as an entire theme.  It was one of my favorite parts of the Wizard World experience and the kids absolutely LOVED seeing all their favorite characters come to life! 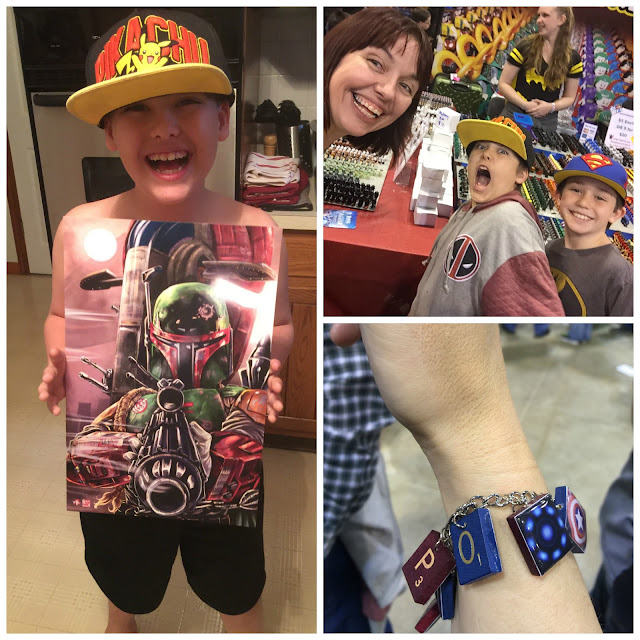 The Goodies
Let me tell you, there are vendors GALORE at Wizard World Comic Con.  Looking for a rare Boba Fet piece of art?  Found it!  How about something to show your support for the upcoming Captain America: Civil War movie?  YES, a charm bracelet!  It was hard to pull myself away from each table without buying something but I was pretty proud of the goodies we walked away with.  I am sporting my bracelet as we speak.  #TeamIronMan

The Stars
If you follow my blog at all, you’d know celebrity sightings are my thing!  Wizard World Comic Con did not lack in that respect.  In fact, they made it a point to give fans a chance to receive an autograph and/or photo op with their favorite actor/actress.  In addition, there were “panels” where the stars could chat with the audience and attendees could ask them questions! 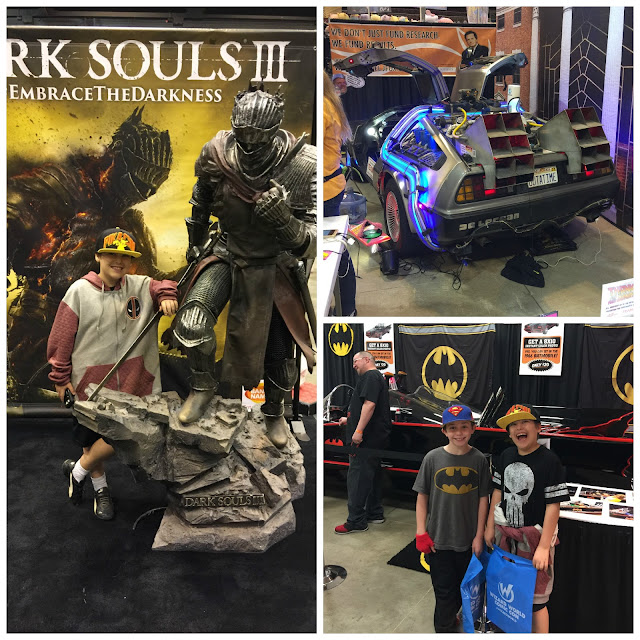 The Cool Props
From the DeLorean to the Bat Mobile, you could check out all kinds of fun props throughout the show.  And take pictures with them of course!

The Smiles
The most important reason to attend Wizard World Comic Con?  The smiles on these kids faces!  Wizard World Comic Con is FREE admission for children 10 and under, I was able to take my son and one of his best friends.  These kids were in heaven.  The entire day all they kept saying was, “I just can’t believe we are here!”  Not only did I have a blast but my heart was full from the joy in these kids faces.
Share
Tweet
Pin
0 Shares

[…] It’s baaaack!  Wizard World Comic Con is coming to the St. Louis area April 7th through April 9th!  Let all the Fanboys/FanGirls, Nerds and Geeks rejoice!  I already feel their excitement, those are my people and I am already geeking after visiting the Wizard World website and checking out the guest lists and events!  Check out my coverage from last years Wizard World Comic Con in St. Louis. […]