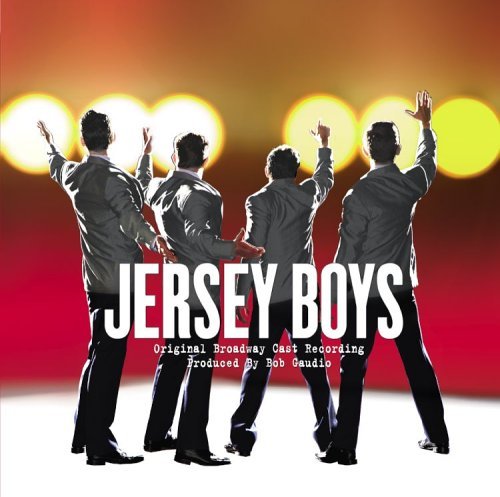 Jersey Boys: The Story of Frankie Valli & The Four Seasons is playing at The Fabulous Fox Theater in St. Louis May 18-22nd.  I had the opportunity to attend a showing last Wednesday for press night.  We have all heard the name “Frankie Valli” but truthfully, unless you grew up in the 50’s and 60’s you probably do not fully realize the scope of his music.  I didn’t.  After viewing the musical based around his start with The Four Seasons, I realize what an incredibly interesting life he and his band-mates lived! 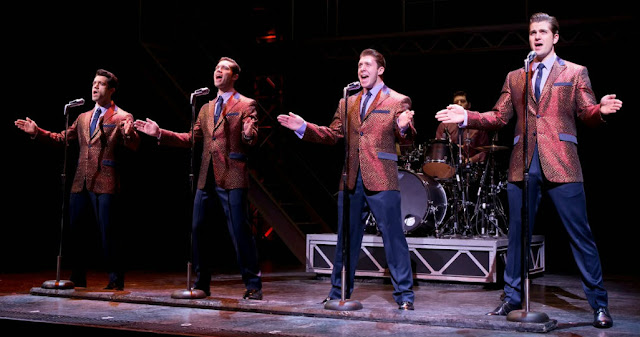 The story is told through the point of view of each of the band members.  Often those members are speaking directly to the audience, which makes for comedic twists at times.  The show begins with Tommy Devito (Matthew Dailey), an already minor criminal at the beck and call of local gangsta Gyp DeCarlo (Thomas Fiscella).  Tommy discovers little Frances Castelluccio AKA Frankie Valli (Aaron Dejesus) along with the self professed “Ringo” of the group Nick Massi (Keith Hines).  However, the band doesn’t take off until a fourth arrives to the group, Bob Gaudio (Drew Seeley), the writer of the one hit wonder “Short Shorts”. 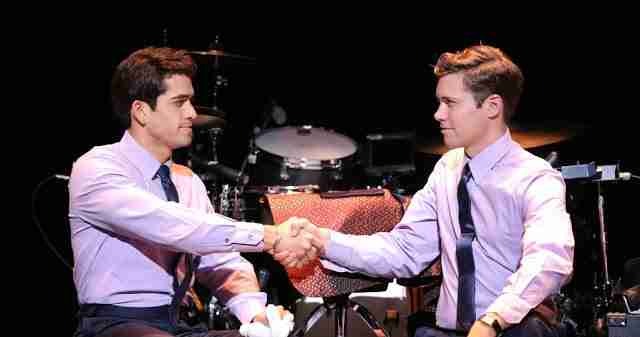 The show covers much of the bands ups and downs.  From their early hits of “Sherry”, “Big Girls Don’t Cry” and “Walk Like a Man” to the pitfalls of their fame including money, debt, rivalry within the band and even the death of Frankie’s youngest daughter Francine.  I was glued to the show from the very first scene and was making plans to attend another showing during intermission.  Aaron DeJesus hits the high notes as Frankie and shines on stage.  The rest of the cast does an incredible job, as well.  And the music, oh the music will have you singing along and bopping in your seat.  The Jersey Boys musical has been raved about for years and I can see why.  It was one of the best shows I have ever attended!
More than 180,000 theatergoers have cheered JERSEY BOYS in its three previous engagements at the Fox. Worldwide, more than 20 million people have seen JERSEY BOYS. And now, the show that made critics and audiences cheer is returning to St. Louis.
JERSEY BOYS is the Tony®, Grammy® and Olivier Award-winning Best Musical about Rock and Roll Hall of Famers The Four Seasons: Frankie Valli, Bob Gaudio, Tommy DeVito and Nick Massi. This is the true story of how four blue-collar kids became one of the greatest successes in pop music history. They wrote their own songs, invented their own sounds and sold 175 million records worldwide – all before they were 30! JERSEY BOYS features their hit songs “Sherry,” “Big Girls Don’t Cry,” “Rag Doll,” “Oh What a Night” and “Can’t Take My Eyes Off You.” “THE CROWD GOES WILD!” proclaims The New York Times.
The JERSEY BOYS creative team comprises two-time Tony Award®-winning director Des McAnuff, book writers Marshall Brickman and Rick Elice, composer Bob Gaudio, lyricist Bob Crewe and choreography by Sergio Trujillo.
Everyone is required to have a ticket for admittance to this show – regardless of age.
Purchase Tickets Here!
Share
Tweet
Pin
0 Shares
Guide For Geek Moms