Fun at the Illinois State Fair:  Checking out the AT&T GoPhone booth and much, much more!

This weekend my daughter had a lot of firsts. She saw all of the following: dachshunds race, a sculpture of a 500-pound cow made of butter, Zulu warrior acrobats, and a man make a 70-foot high dive. Bella had her face transformed into a tiger’s through the magical application of face-paint. 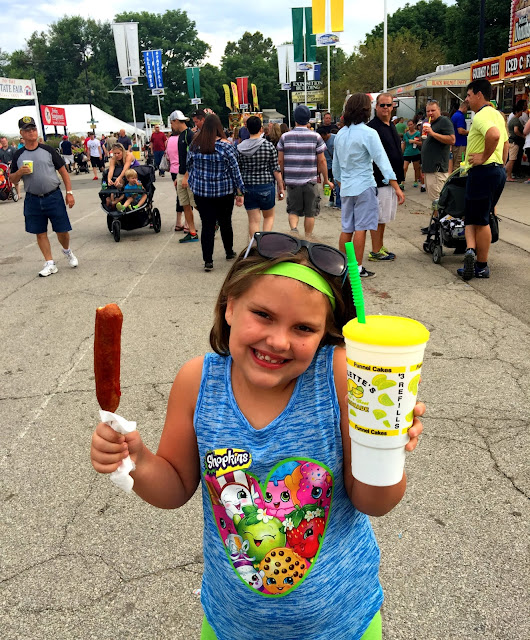 She ate fried bologna on a stick & chocolate chip funnel cake, petted a Llama, listened to a karaoke competition, and rode the sky via a ski lift. Together, she and I had a marvelous time at the Illinois State Fair!

We visited displays of crafts, myriad ethnic foods, and saw exotic entertainers. There was a horse show, a Kid’s Korner, a conservation world, and an auto race and twilight parade. 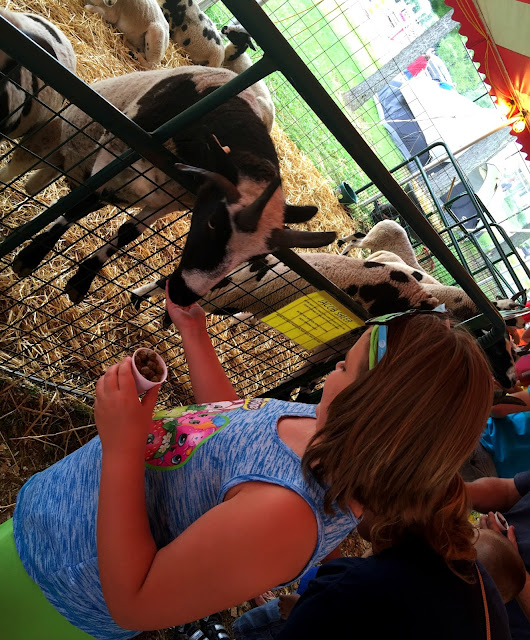 Booth after booth showed off wares of inviting foods and/or interesting technology.

Everything was going great, then she saw it! The it? One of the technology booths, complete with virtual reality head gear, was the ATT GoPhone booth.

My daughter’s eyes began to sparkle. She is Miss “Techy” herself and when she spotted the phones at the entrance of the booth, she HAD to check it out. School starts in two days and “wasn’t I aware of how safe phones can keep kids?”.

My daughter has been asking for her very own phone for awhile now, I considered purchasing her an AT&T GoPhone since I own one myself. It is affordable, powerful, and flexible. A person can pick a plan that is most practical for him or her.

Unlimited talk, text, and data usage plans start at just $45 per month with no overage charges—you control how much you spend! You pick a plan on your terms. AT&T GoPhone lets you pay by the minute, day, or month plus you can save up to $60 per year when you enroll in Auto Refill on the $45 or $60 monthly plans. With AT&T GoPhone, you get to choose a phone with the latest features, too. And you’re on the powerful AT&T nationwide network that reaches 99% of Americans. Meanwhile, my daughter had turned on her most beguiling charm. Her shining tiger-eyes were speaking loudly and clearly. She wanted an AT&T GoPhone today!

I couldn’t beat the deal. She could use it for emergencies. If she were ever lost, it could be used to find her. “Halt!” I was bedazzled by the excellent deal and the cutest tiger-face in creation. Bella was seven-years-old, I didn’t allow my son to own his first AT&T GoPhone until he was ten! I came to my senses. “Maybe next year, Bella! Maybe next year.”

For now, let’s enjoy that funnel cake!
Giveaway
I’ve teamed up with AT&T GoPhone to give one lucky reader a chance to win a 4G LTE smartphone and a $45 AT&T GoPhone refill card! Simply enter using the Rafflecopter form below and good luck!

This would be a blessing to my family so thanks for the chance to win this!

I entered because my granddaugher's birthday is coming up in October. She'll be sweet "16" and what a special gift this would be.

This would be a really great win! Thanks for the chance at making life a lil easier :)