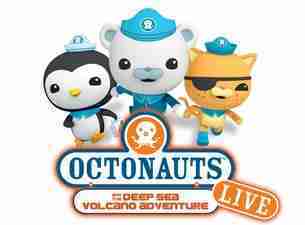 The Octonauts Live! Deep Sea Volcano Adventure is coming to The Fabulous Fox Theater October 14th!
This October brings our favorite stars from the beloved animated children’s television series, The Octonauts LIVE!,  on stage in a brand new interactive theater show.  Playing in St. Louis at the Fabulous Fox on October 14th at 6:00 PM, you will want to order your tickets before they sell out! 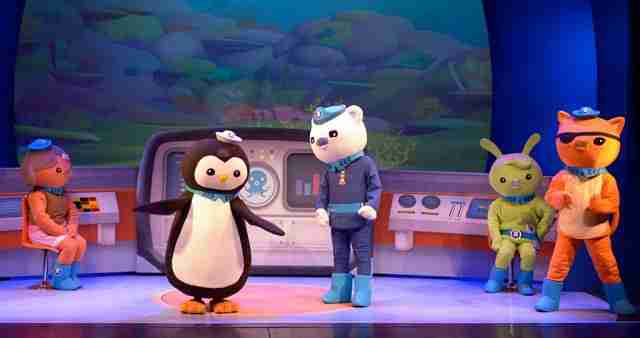 With a cast of underwater explorers led by Captain Barnacles, Lieutenant Kwazii and Medic Peso, “The Octonauts and the Deep Sea Volcano Adventure” brings the educational series to life on stage in a high-tech production featuring costume characters and animated projections that provide a fully immersive experience for fans of all ages.
Jonathan Shank, Executive Producer at Red Light Management, who also produced the hugely successful touring family shows Peppa Pig Live and Fresh Beat Band, talks about the new Octonauts show.  Here is the Q&A with Jonathan!
Why did you decide to create an Octonauts live show?
“The Octonauts brand was continuing to grow and many families I spoke to love the show and the characters. There was a UK production which was very well done last year and it seemed like the right time to debut the production here in the U.S. I love the educational value of the television show – we showcase that in the live production.”
How much crossover is there from the TV show? Is this a brand new story?
“There is a ton of crossover and I think families are going to love the production. This is a brand new story-line and script. It’s a fun adventure and a great deep sea exploration for everyone on stage and in the audience.” 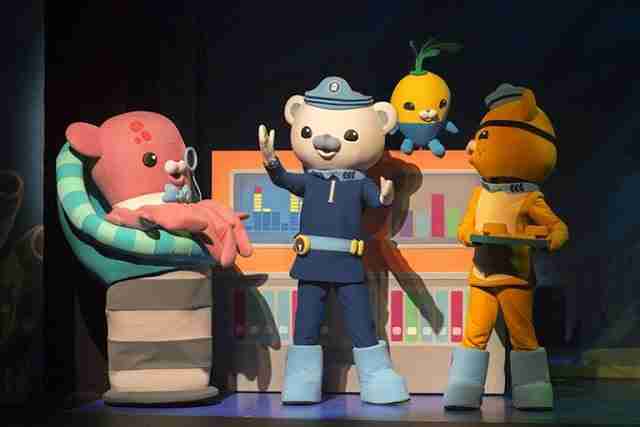 Kids normally see these characters on TV, so what is the reaction once they are live on stage?
“Seeing reactions on children’s and parent’s faces when the characters are on stage is one of the most amazing and rewarding parts about producing these shows. It brings the characters to life in a way the children never thought possible, stretching their imagination and bringing them directly into their favorite character’s world for the day.”
“Octo-Cadets” and their families will assist the dynamic team of adventure heroes on their fast- paced, underwater adventure. The highly interactive experience includes sing alongs to musical numbers from the television show and new songs written just for the stage production.
In addition to singalongs, what are some of the other interactive elements kids and families
can expect?
“It’s a really fun show and everyone who attends is a cadet in training so the entire show is interactive! I don’t want to give away too much!”
Share
Tweet
Pin
0 Shares
Guide For Geek Moms