Skip to Content
Share
Tweet48
Pin
48 Shares
Disney provided me with an all expense paid trip to L.A. to attend the #QueenOfKatweEvent & #ABCTVEvent in exchange for my coverage.  No other compensation is given and all opinions in my posts are 100% my own.  Disclosure Policy.

Disney’s Queen of Katwe opens in theaters across the nation September 30th (limited release September 23rd)!
I’m heading out to Los Angeles for the #QueenOfKatweEvent, time to prepare:


Clear my schedule from 9/19 – 9/21 to attend the red carpet premiere of Queen Of Katwe.  Check.
Find a red carpet dress.  Check.
Prep my suitcase.  Check.
Get my hair done.  Check.

Checkmate.
Wait, what?  How does a picture of my son, rockstarring it at a chess match, have anything to do with my trip to Los Angeles to attend the red carpet premiere of Queen of Katwe?  Well if you are unaware, Queen of Katwe is based on a true story of a chess champion from Uganda!  Chess is a very familar game in my household.  In fact, my son has been on his school’s chess team for 4 years and it has been one of the best decisions we’ve made, when it comes to extra-curricular activities.  Through the game of chess, he has gained confidence, good sportsmanship and great critical thinking skills.  It has definitely benn a positive force for him and I’m extremely grateful!  So as you can imagine, I’m super excited to see this film, attend the LA premiere and interview the stars!

Not only am I interviewing the stars of Queen of Katwe but I’ll also interview the real life Phiona Mutsi (who inspired the film) and Robert Katende (Phiona’s coach)!  What an honor and rare opportunity to speak with them! Others on the interview agenda include: Director Mira Nair, Martin Kabanza (Phiona’s brother) and newcomer Madina Nalwanga, who plays Phiona.

“Queen of Katwe” is based on the vibrant true story of a young girl from the streets of rural Uganda whose world rapidly changes when she is introduced to the game of chess, and, as a result of the support she receives from her family and community, is instilled with the confidence and determination she needs to pursue her dream of becoming an international chess champion. Directed by Mira Nair from a screenplay by William Wheeler, “Queen of Katwe” is produced by Lydia Dean Pilcher, p.g.a. and John Carls, p.g.a. with Will Weiske and Troy Buder serving as executive producers. The film stars Golden Globe® nominee David Oyelowo, Oscar® winner and Tony Award® nomineeLupita Nyong’o and newcomer Madina Nalwanga.

When it comes to a Disney trip, the fun doesn’t stop.  While in LA to attend the premiere, I’ll also be among a select few to get a sneak preview of Once Upon A Time Season 6 premiere, ‘The Savior’, which airs September 25th at 8|7c.

The sneak preview will be followed by a Q&A with co-creators and Executive Producers Edward Kitsis and Adam Horowitz.
Welcome to Storybrooke, a small town in Maine that you won’t find on any map. This town is full of magic, populated by fairytale characters once cursed by the Evil Queen Regina to live in our world—deprived of their memories and happy endings. Until Emma Swan came to town and changed everything. With the help of her son, Henry, Emma embraced her true identity as the daughter of Snow White and Prince Charming—the Savior destined to break the Curse. But even after returning everyone’s memories, Emma’s mission was far from over. With the Curse broken, Mr. Gold (aka Rumplestiltskin) was free to bring magic to Storybrooke. And magic ALWAYS comes with a price…
I’m also going to visit the set of two ABC television shows, American Housewife and The Middle!

The Middle premieres on ABC Tuesday, October 11th at 8|7c.
Two-time Emmy-winner Patricia Heaton stars in this warm and witty single-camera comedy about raising a family and lowering your expectations. Middle-aged, middle class and living inthe middle of the country in Orson, Indiana, Frankie Heck is a harried wife and mother of three who uses her wry wit and sense of humor to get her family through each day intact. Frankie works as a dental assistant, and her unflappable husband, Mike, is manager at the local quarry and her sardonic partner in the daily grind that is raising their average – yes, most definitely average – family.
American Housewife is a new comedy show premiering after The Middle, October 11th at 8:30|7:30 c. 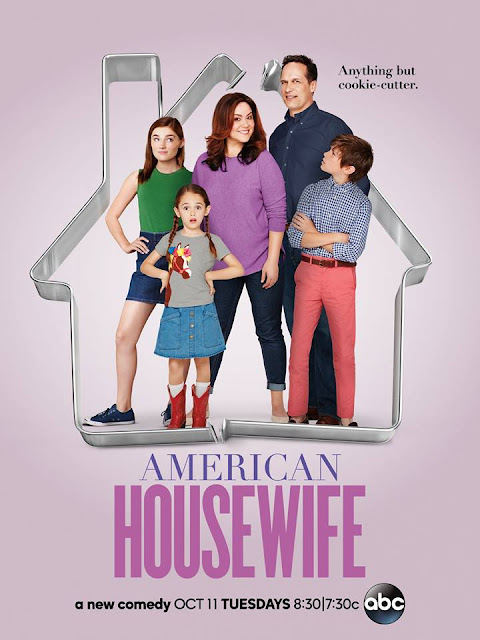 Katie Otto, a confident, unapologetic wife and mother of three, raises her flawed family in the wealthy town of Westport, Connecticut, filled with “perfect” mommies and their “perfect” offspring. Katie’s perfectly imperfect world is upended when her neighbor’s decision to move notches her up from her ideal social standing and sets her on a path to ensure that doesn’t happen, regardless of the consequences.
Be sure to follow along 9/19-9/21 using the hashtags #QueenOfKatweEvent, #ABCTVEvent, #TheMiddle, #AmericanHousewife & #Once!  I’m be sharing ALL! The! Photos! on Instagram | Twitter | Facebook.
Share
Tweet48
Pin
48 Shares

Cant wait to see my buddy!

So cute! I actually used to play chess for my school's chess team back in 4th and 5th grade but have no since forgotten. This event is going to be so much fun! I can't wait to meet you.