Annie broadway musical is coming to The Fabulous Fox Theater in St. Louis on December 2-4, 2016.  We all love the Annie musical on broadway but have you ever wondered what it would be like to be an Annie musical cast member?  Last week I had the pleasure to interview Amanda Swickle, who plays Pepper in the Annie Musical, and ask her a bit about being a cast member.  Check out the interview below and then enter my giveaway for a family 4 pack to see Annie at The Fabulous Fox Theatre on December 2nd! 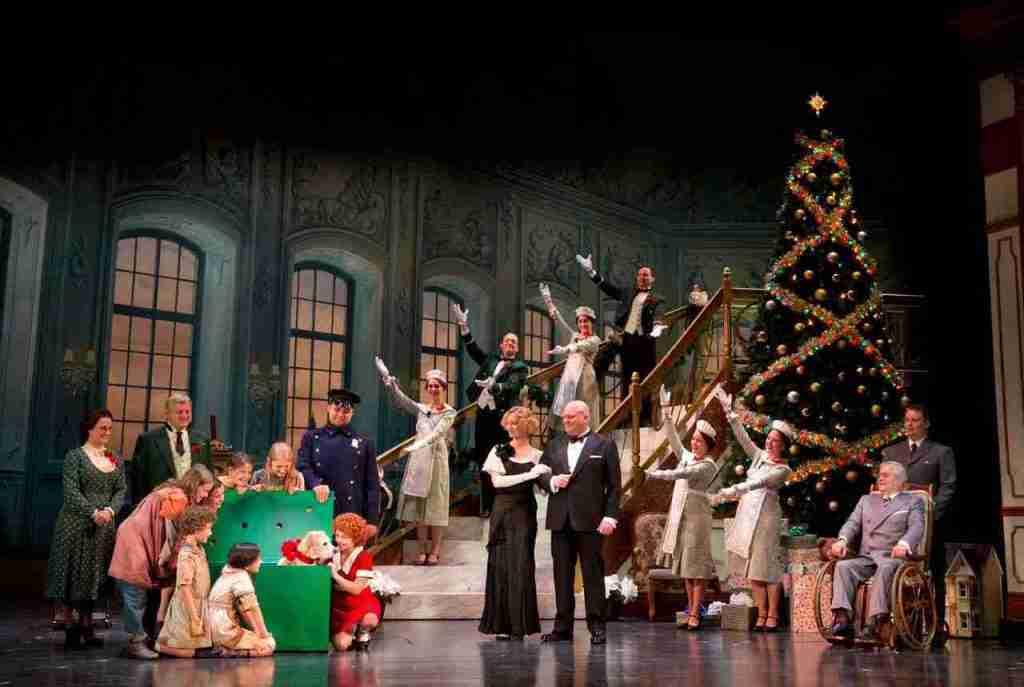 Amanda Swickle is an 11 year old actress, singer, dancer and one of the sweetest individuals I’ve had the opportunity to  interview.  When I spoke with Amanda, she was in Chicago with her mother preparing to launch the first live show of Annie Musical!  I can only imagine the excitement and nervous-ness she must have been feeling at the time.  To take on the role of a popular character from a legendary play is huge, I can’t imagine the pressure it must put on an 11 year old!  Surprisingly, she didn’t seem a bit nervous when I spoke with her, in fact she seemed enthusiastic for the first show.  That’s what I would call a professional!  Here are some tid bits from our interview: 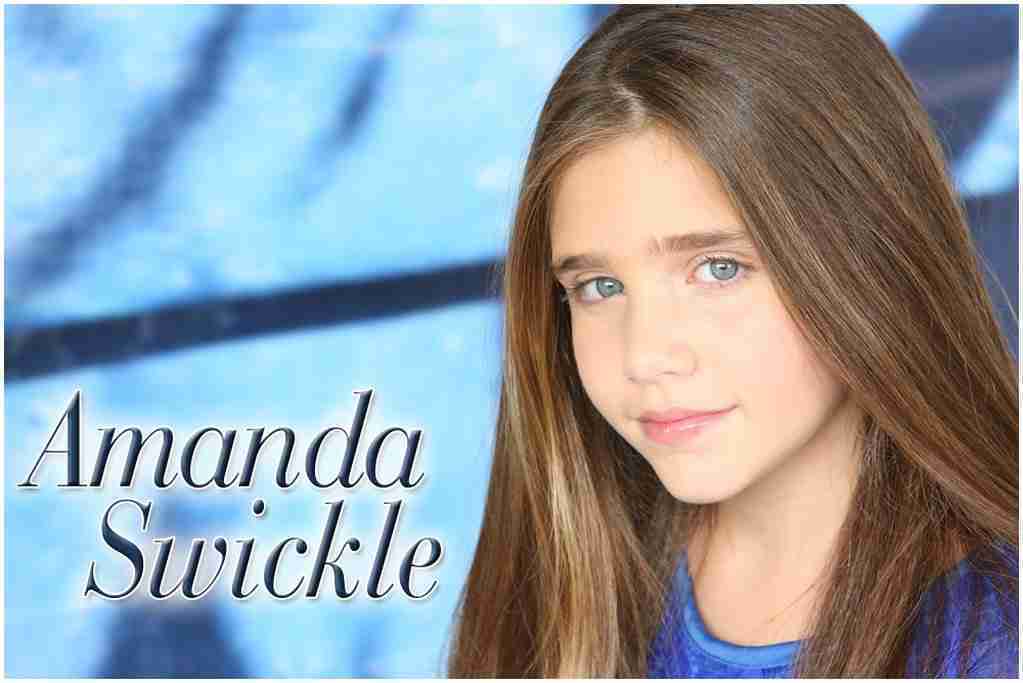 On Getting The Part As ‘Pepper’

Amanda went to an open call with more than 500 girls from all over the country.  At the call, she sang the popular Annie tune Tomorrow and from there she received a call back.  During the next call back she showed off her dancing skills amd the call backs kept coming!  As the call-back groups became smaller and smaller it also became emotionally tough.  Dismissed girls would leave the auditions in tears!  Her mom received the FINAL call three days before Amanda’s birthday and was told she got the role for Pepper!  Her mother announced the news to Amanda by giving her a “Pepper” inspired birthday gift.  It was actually a pepper shaker wrapped up, it took Amanda a minute to put two and two together but when she did, she squealed with delight!

Not only has Amanda taken on the role of Pepper but she’s also the under-study for the title role, Annie!  All the girls in the show were tested for the role, singing Smile & Tomorrow, it’s tough to hit some of the high notes in those songs!  Apparently Amanda rocked it, she was pulled out during class and told she was the under-study!  Admittedly, she started freaking out a bit due to the time restrants, it was 1 week before opening, but on the same note she was honored to be given the chance. 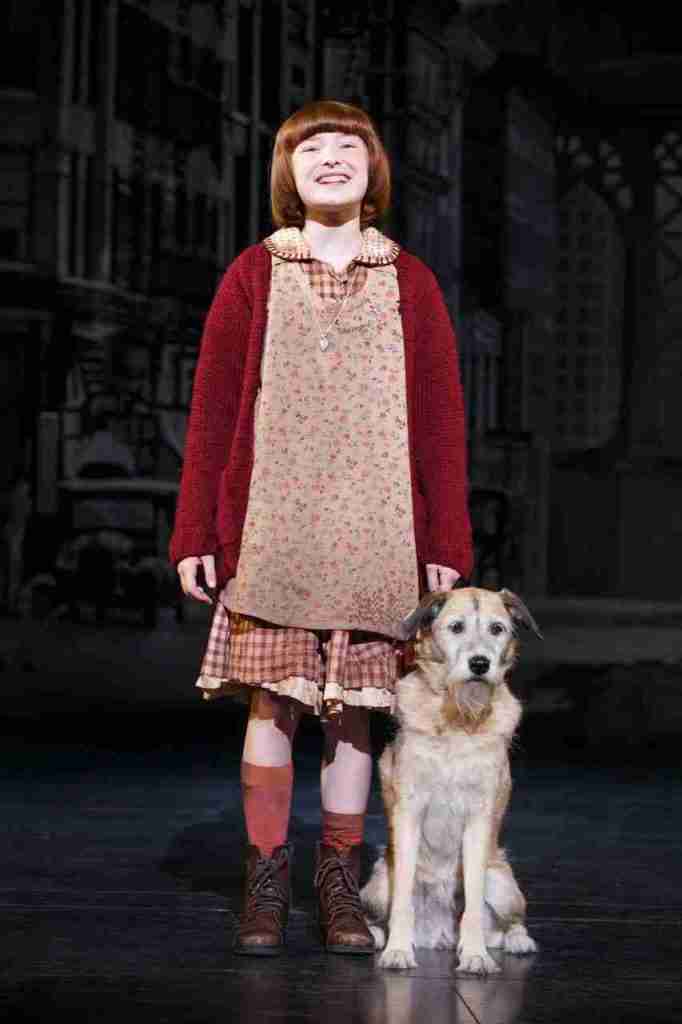 On The Cast Dynamics

One factor that makes for a great show is the chemistry of the cast.  It was no surprise to hear Amanda rave about the rest of the cast in Annie the Musical.  In fact, as I inquired about the cast dynamics her voice changed with a tone of admiration and she exclaimed, “They are all so cool, just so cool. We all get along very well.  All the adults are fun to be around and the kids are always having a great time together.”

On The Tight Annie Schedule

During rehearsals the girls had an extremely tight schedule.  Their mornings would start off with 2 hours of school, they would then work on dancing and singing vocals then back to school until lunch.  After lunch, they would continue to rehearse for up to 4 hours and repeat this schedule the next day. The first 3 days of rehearsals the girls attended an “orphan bootcamp” where they caught up on their part in preparation for when the adults joined in.  Once the show begins, you can expect Amanda’s schedule will become even tighter!  The cast is expected to check in 30 minutes before each show, on some days they have a morning and evening show!  The show runs for about 3 hours and then they sign autographs for attendees, which they “Can not wait for!”  Amanda and her mom look forward to mornings they can sleep in but with a traveling show, many mornings they have to board the tour bus by 7:30AM!

When I asked Amanda about school and her favorite subject, she thought for a moment and stated it was Math!  Admittedly, Math has not always been her favorite subject but she enjoys her Teacher, her Math partners and the projects given to her.  The subject itself is a challenge for her but as you can see, Amanda is not afraid of a challenge.  She takes a challenge head on, just like her part as Pepper in Annie the Musical.  This huge feat as part of the Annie cast is one I am sure Amanda will excel in.  Her sun has come out TODAY, I can not wait to see what is in store for her “Tomorrow“. 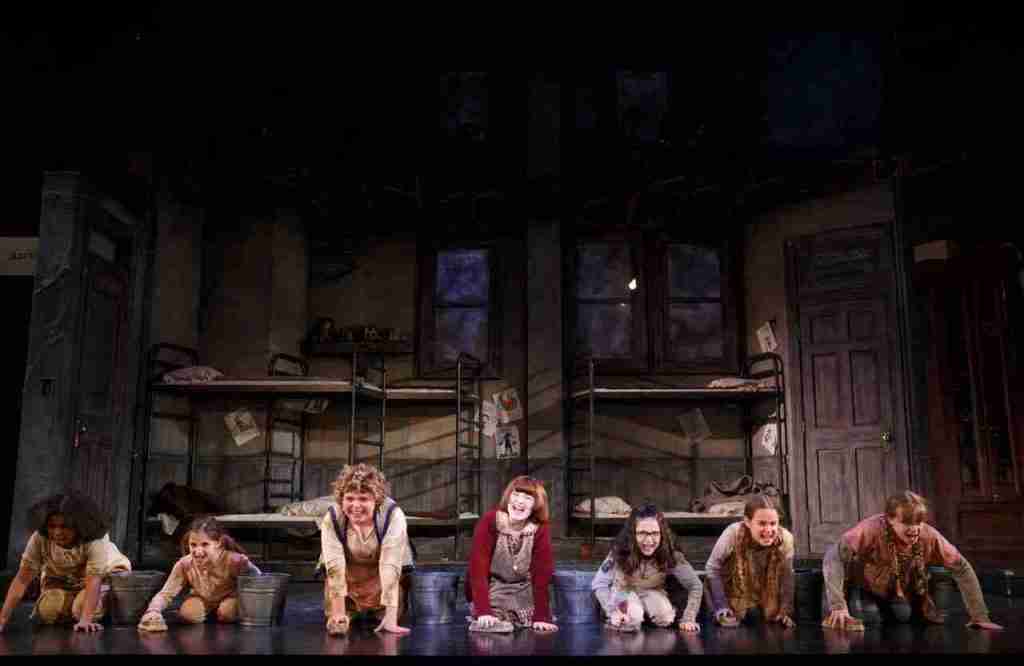 Come see Amanda Swickle and the rest of the cast in Annie The Musical, playing in St. Louis at the Fabulous Fox Theatre from December 2-4, 2016!  You can find tickets: Here.   Also, enter in our St. Louis ticket giveaway below for a chance to see Annie the Musical with 3 guests!!