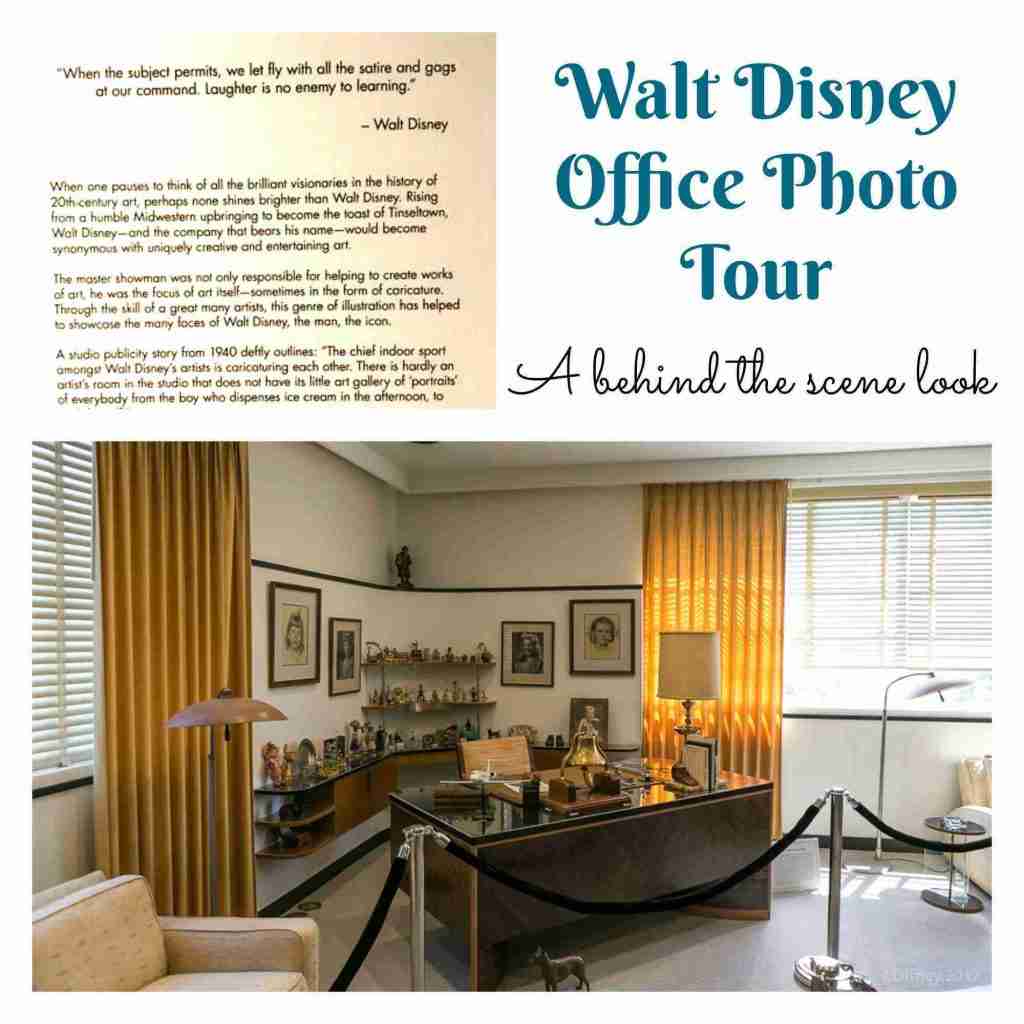 “When the subject permits, we let fly with all the satire and gags at our command.  Laughter is no enemy to learning.” -Walt Disney

Life can be mysterious, a surprise, a dream and even funny.  It is funny how sometimes our life can come full circle.  As a child, I remember our very first family vacation.  I remember moments from the excruciating 10 hours drive from New Orleans to Orlando, I say excruciating because the time seemed to stand still with the anticipation of going to Disney World.  I remember the magical moment I first glanced at the famous Disney Castle and I remember sharing all these memories with my family.  Since then, Disney has always held a special place in my heart.  Fast forward to 25 years later, I took my first Disney trip as a blogger and had the chance to tour Walt Disney’s San Feliz Estate.  Little ole me, in WALT DISNEY HOME!  It was such a surreal moment, I can not put into words how it felt even 3 years later. 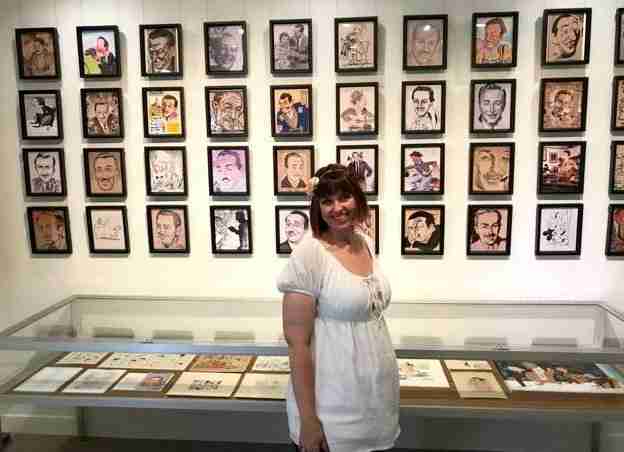 Last week, life took a funny turn once again.  I was able to visit Walt Disney’s office, the place where important meetings and genius minds gathered to create the magic that is Disney.  Once again, little ole me was standing in Walt’s office and being there seriously gave me goosebumps. 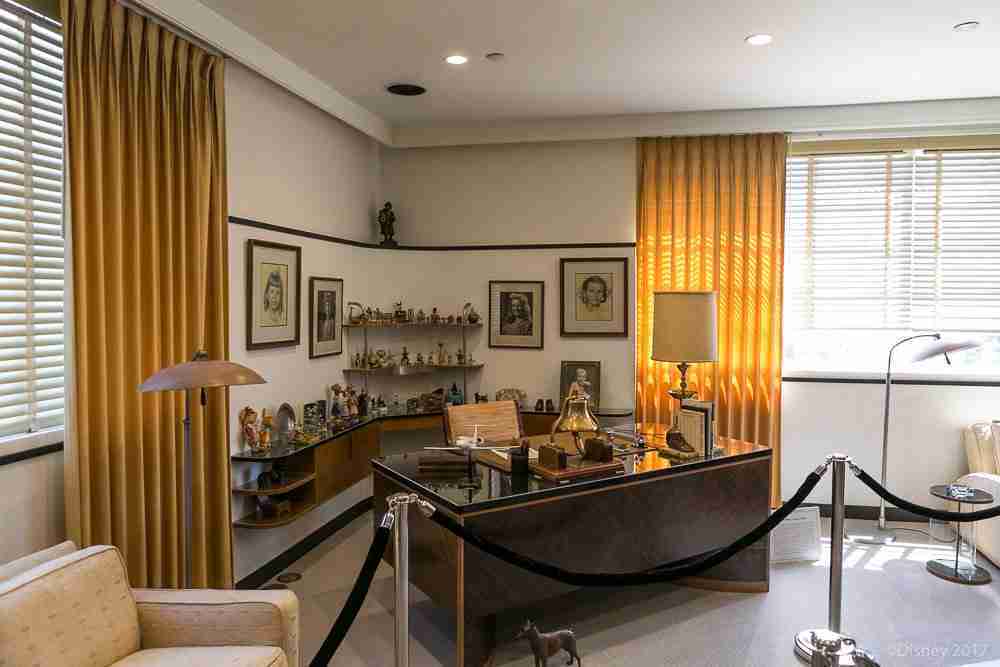 Walt’s desk was as humble as the man himself.  It was not made of gold, like I pictured in my mind, but was a simple desk with simple art surrounding him. 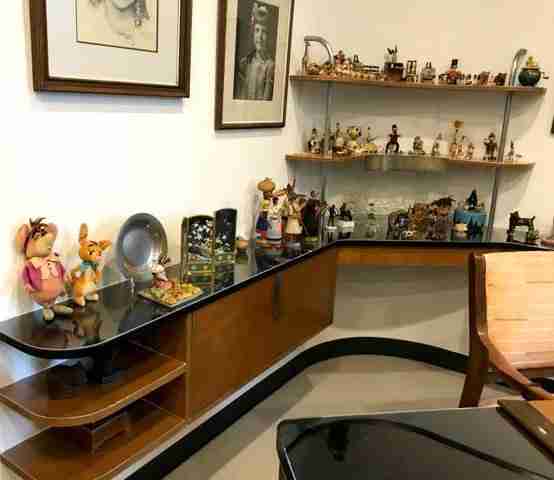 And of course, it was decorated with plenty of Disney figurines.  I would expect no less! 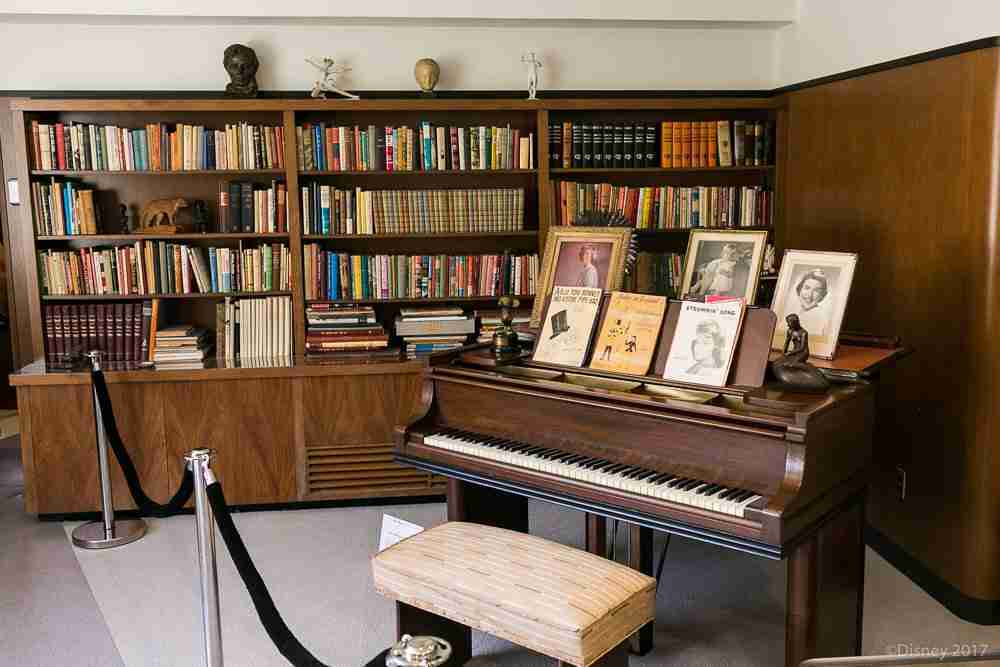 A piano sat right across from his desk surrounded by shelves and shelves of books.  All the makings of a creative mind at large. 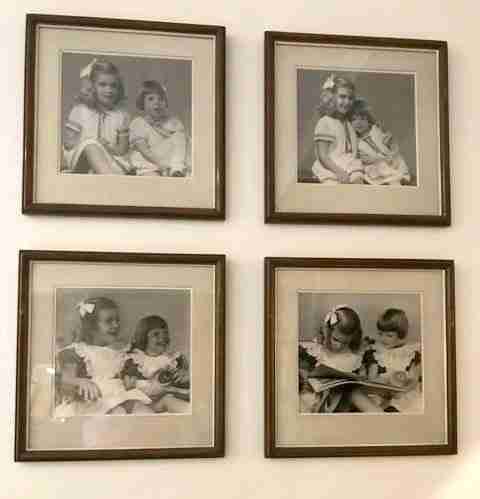 The walls hung many Disney type art but I was drawn to the pictures of his family and children.  One thing I am well aware of, from all my Walt Disney research, is that Walt was a family man first and foremost.  This importance of family is evident in everything he does and on the hangings on his wall. 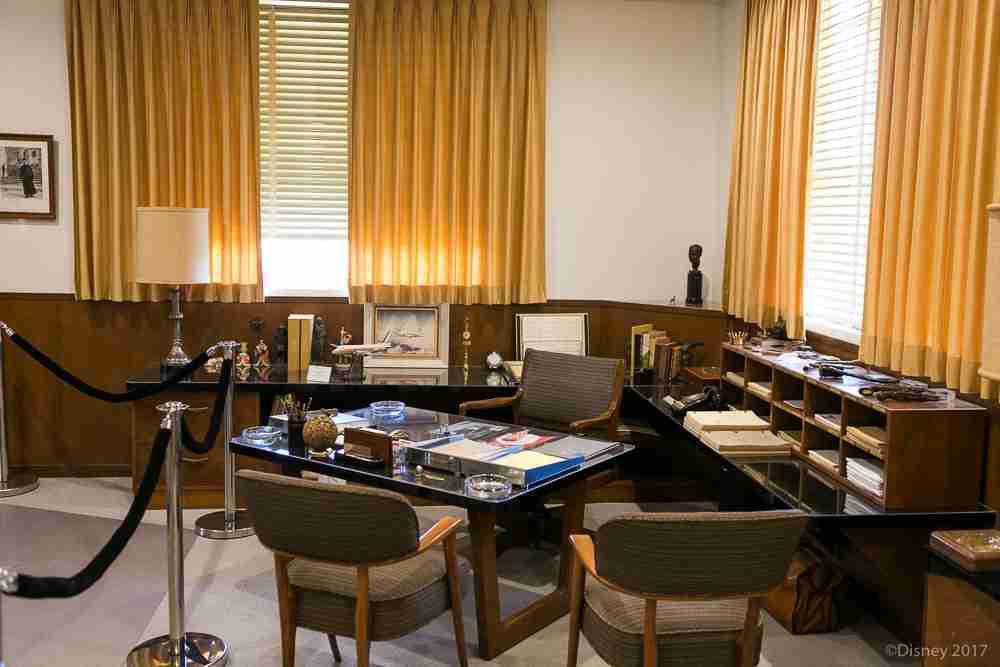 As you make your way through his office, to an ajoining room, you enter the meeting area.  Once again, his meeting room consisted of comfortable furniture and humble surroundings. 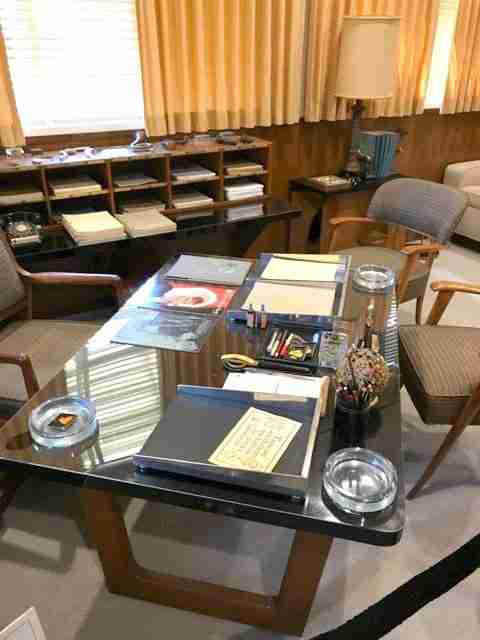 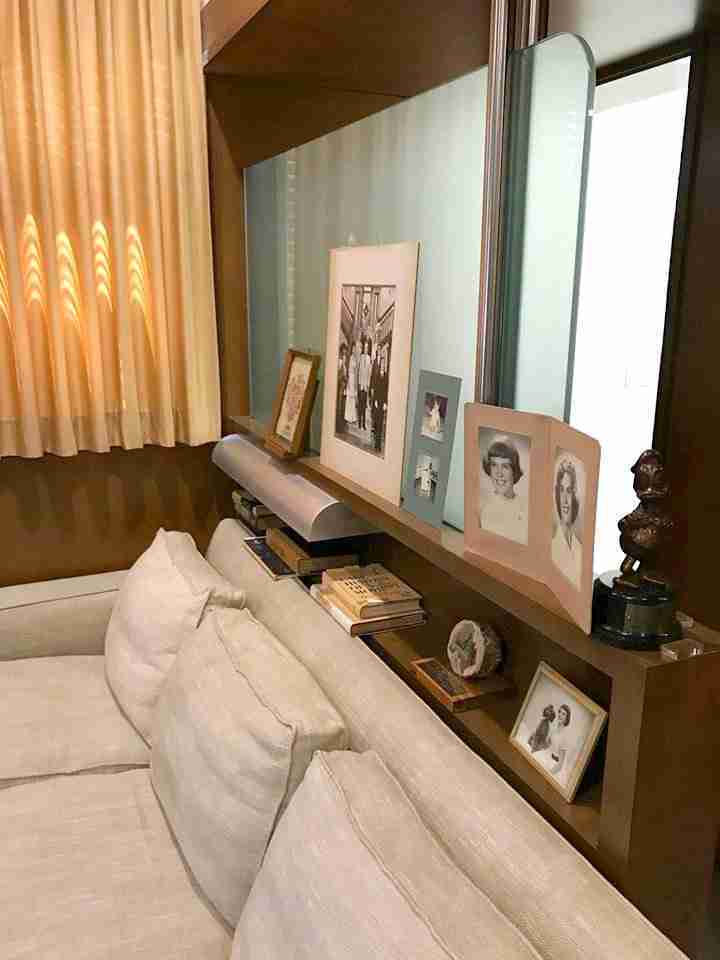 More pictures!  It is the little details that mean so much! 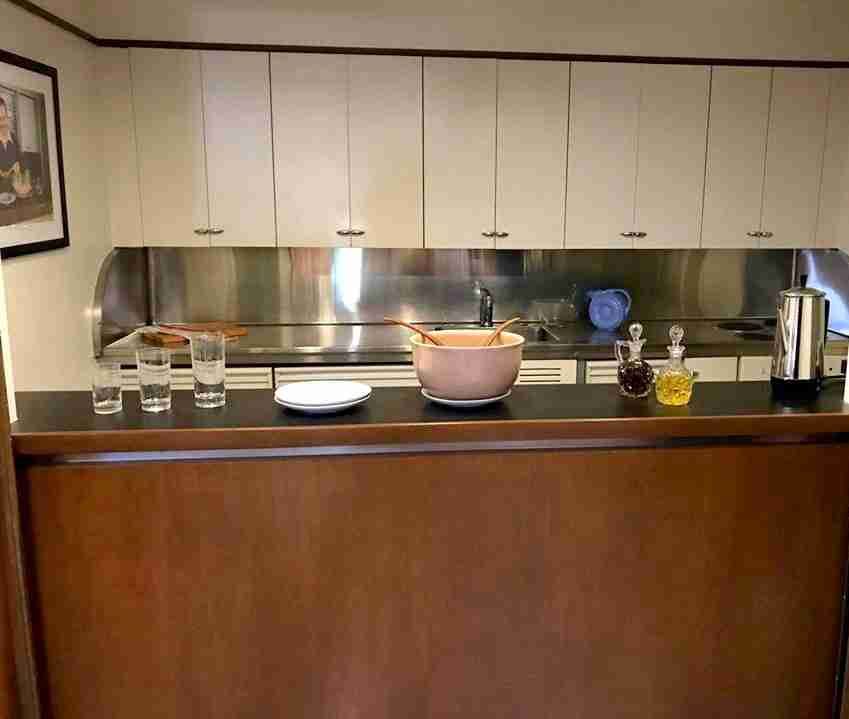 The meeting room also contained a kitchenette area, can you picture Walt serving up some food? 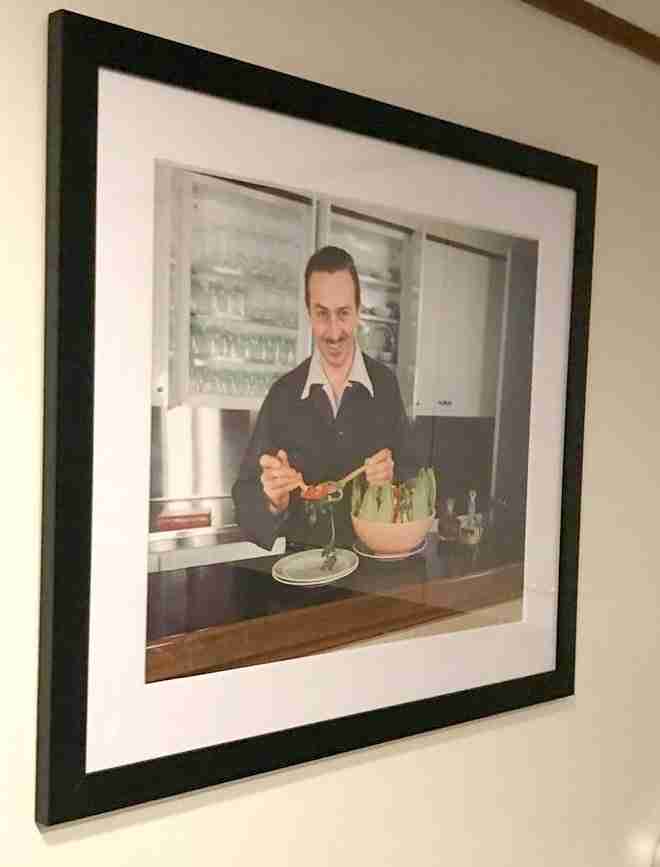 If not, pictures are hung upon the wall of Walt doing just that! 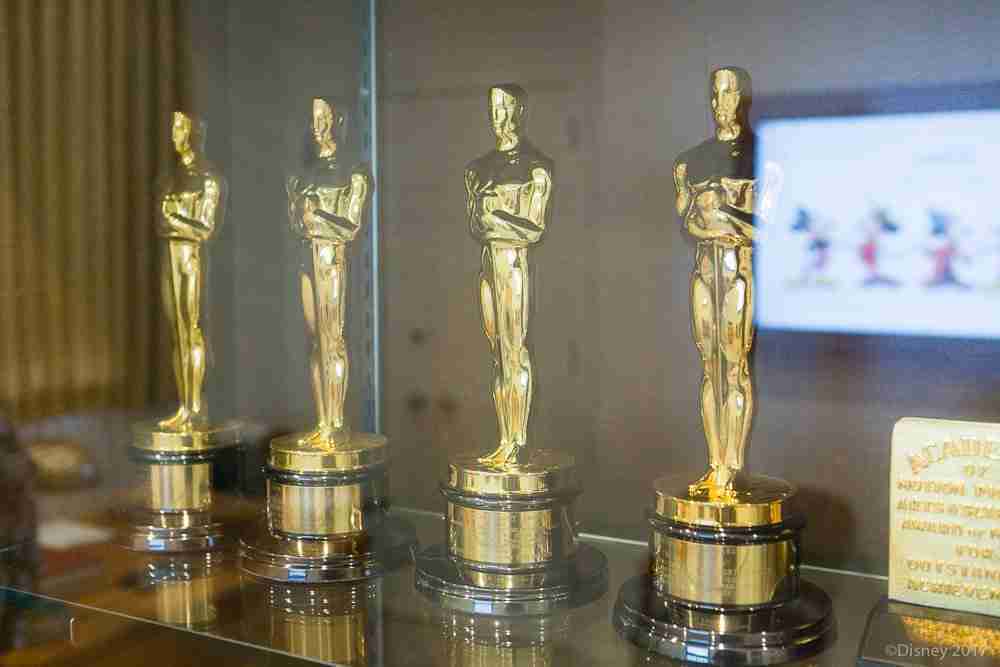 And mementos, such as a few of his MANY Oscars were on display. 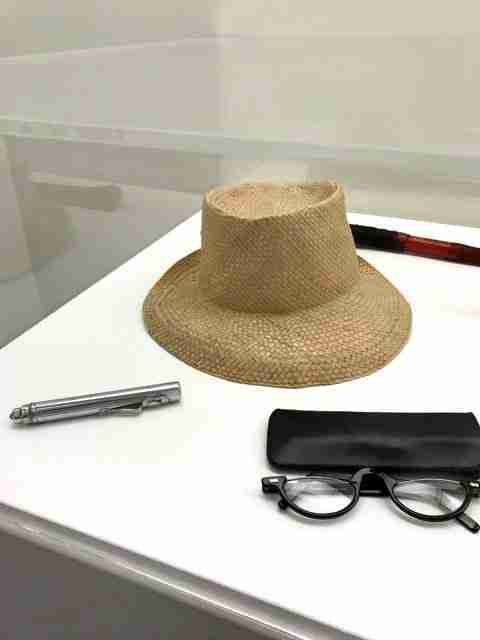 Including some personal pieces that Walt regularly wore. 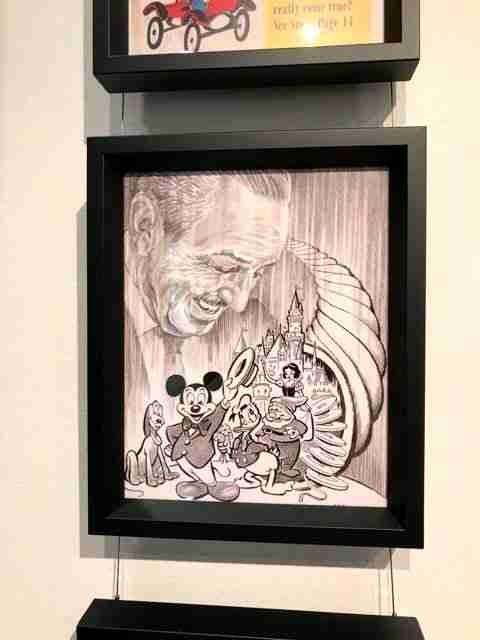 All I could think about while being in his office was that little child, so excited about her first family vacation to Disney World.  I never have imagined I could be so close to the magic that is Disney but as Disney has proven time and time again… If you dream it, you can do it.