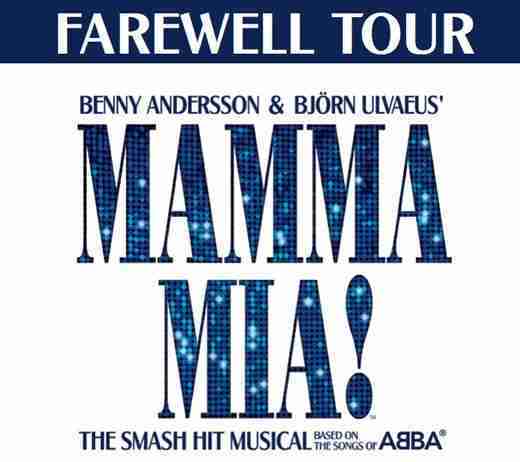 The hit musical Mamma Mia! is coming to The Fabulous Fox in St. Louis July 28th – 30th.  This is your chance to see the highly acclaimed musical, actually it’s your last chance to see it because it’s the Farewell Tour and St. Louis is their last stop!  I had the opportunity to speak with Sarah Smith, who plays Rosie, and discuss her experiences in the show and a bit of the inside scoop.  Let me begin by saying Sarah was delightful, a total class act and it was a pleasure speaking with her.  They say time flies when you are having fun and it certainly did when I was chatting with her, and when it was time to say our goodbyes I knew I wanted to see her on stage!  Here are some highlights of the interview: 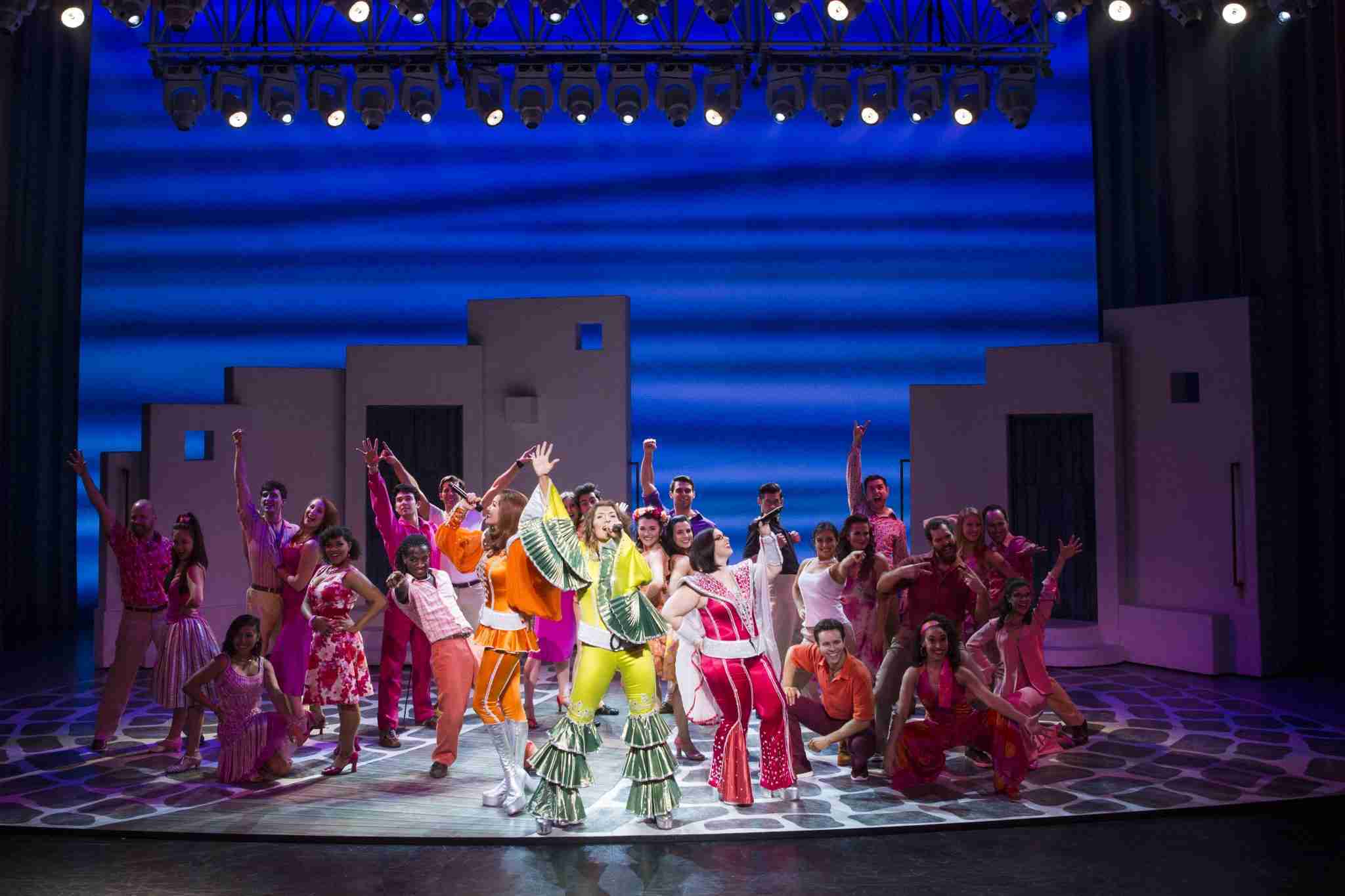 Sarah Smith On Her Theater Background

I started dancing when I was very little, about 4 years old and I came from a very musical family.  Music was a big part of my life, singing was very much ingrained into my childhood.  My grandfather was also a musician.  I didn’t get into theater until I was in college.  I took a couple of theater classes in high school for fun but it didn’t kick off until college.  And when I did get into theater I felt like I was a little late to it and at that point I became very focused and was like a sponge.  I was ready to learn from anyone and everyone.  It became a journey that has become a world wind ever since.  I ended up in New York at the American Musical Dramatic Academy, I went through 15 months straight there and then kind of threw out into the world.

On Auditioning and Getting the Part as Rosie

I was working in Florida at the time when I got a call from the casting assitant, they wanted to see me for Mamma Mia!  I said, “Mamma Mia, what do you have for me in that?”  She asked if I had ever seen it and I said nope.  “Well there is a role that is perfect for you” and I was like “Great!”.  When she explained the characters and who they are, I knew auditioning for Rosie was the right part for me.  I did not get the part the first time, I was put on hold and it was offered to someone else.  They went on tour for a year and thenI got a call asking if I was still interested.  Of course I said yes!  I went in and did one audtion and then I booked it!

On How She Relates To Rosie

This is probably the character I am most like then all the characters I have played, which makes it the most challenging.  I feel like I am playing myself but at the same time I am not.  She is a free spirit and very independent.  She is a self made woman with a lot of heart.  She has built this empire based on anything and everything in a womans life, a real business woman.  She has definitely built something from the ground up.  She is also a friend that will drop everything to help her friends out.  I think that is very evident in the scene we have with all three women.  I do relate to her, I am loyal and I like to have a good time and always ready for a quick joke.  But when it is time to buckle and get work done, I am ready. 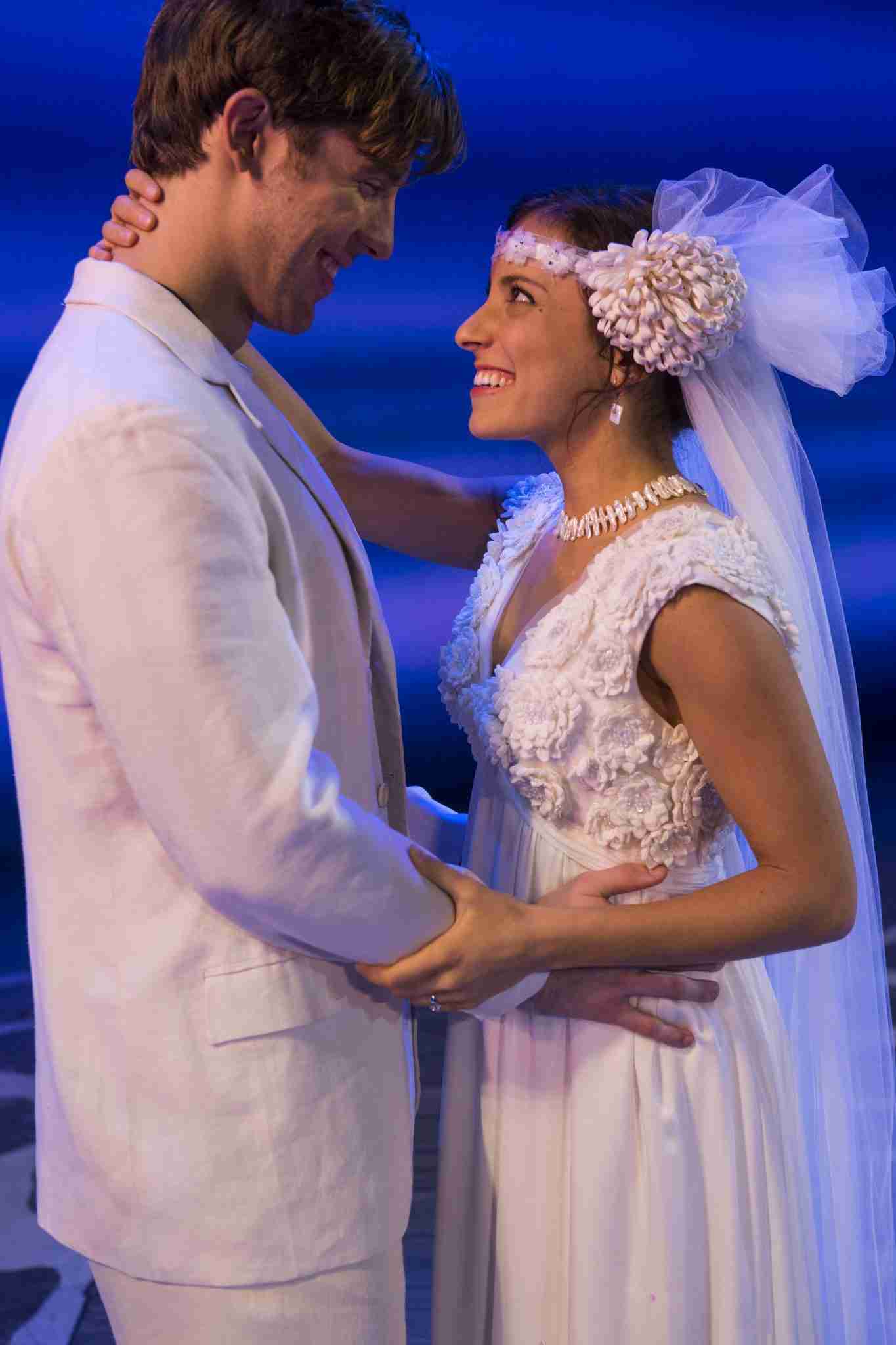 What Age is Appropriate for the Show?

I would say think of this show as a PG-13 movie.  There are definitely some adult scenes and a bit of language but I have seen people bring their 6 years olds to the show.  It depends on who they are and what you think your child can handle.

Plans After The Show Ends

I am heading to Alaska for 6 weeks to do some work that I did last summer.  I also have something in the works that I cant talk about at this time.

Memento Sarah Would Take From The Show

I have two and we are not allowed to take them.  First is the white jumpsuit we wear in the “Super Trooper” number.  It is my favorite costume and I think it looks great on me.  We all look great in them and I think its a rockstar of a costume, so I would want that one.  Also, I would take my wedding scene jacket.  This poor jacket… So, this show has been around awhile and many of the costumes we wear are from the original shows and they have been through alot!  They still look great but one thing the audience doesnt see is the wear and tear and this poor jacket is in such bad shape.  They are always coming to me to fix my jacket, it has been mending over and over again.  This jacket has been with me through thick and thin and that is one memento I would love to have. 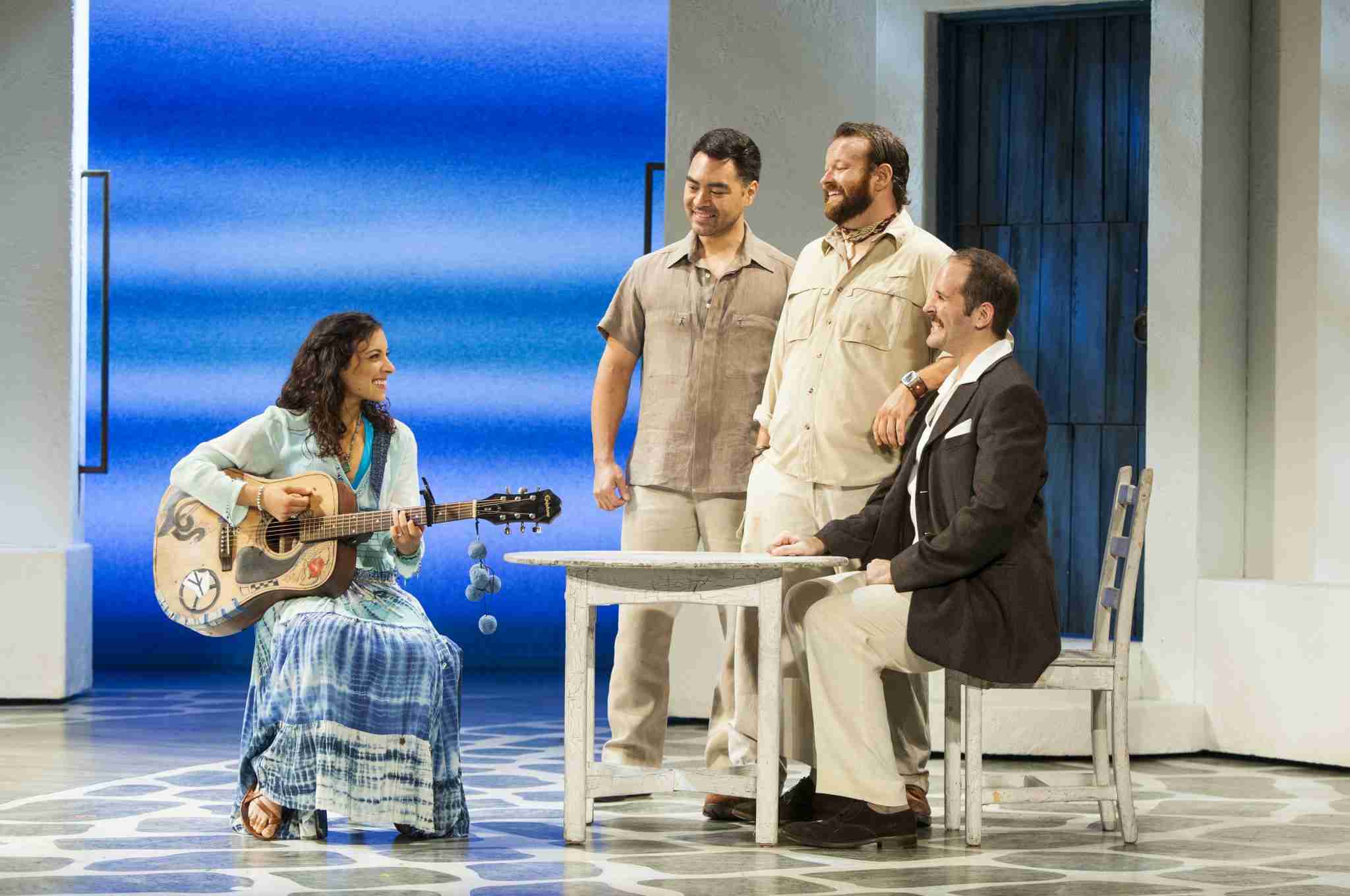 MAMMA MIA! is the ultimate feel-good show that has audiences coming back again and again to relive the thrill.  Now it’s your turn to have the time of your life at this smash-hit musical that combines ABBA’s greatest hits, including “Dancing Queen,” “S.O.S.,” “Super Trouper,” “Take A Chance on Me” and “The Winner Takes It All,” with an enchanting tale of love, laughter and friendship.  Whether it’s your first visit or your fourteenth, see the show that has the whole world coming back for more, because every time feels like the first time at MAMMA MIA!

*Note: Giveaway over*  Giveaway details can be found our St. Louis Facebook Group.