I was given complimentary tickets for review purposes.  All opinions are my own. 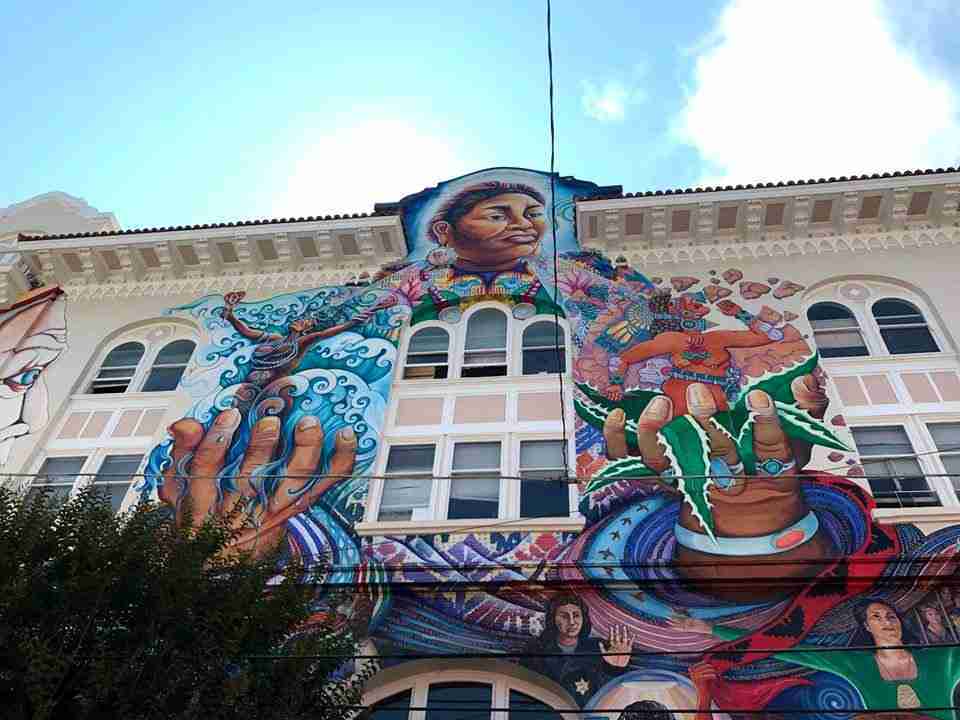 Avital Food Tours in San Francisco is more than just your everyday food tour, it is an experience!  This is a must-do activity when visiting the San Francisco area.

Truth be told, I had no idea what I was in for when I pulled up to the historical Women’s Bulding in the Mission District of San Francisco to attend the Avital Food Tour.  I am not one to read the reviews before I attend a travel activity in which I’m reviewing, I do not want the reviews to skew my experience or my opinions.  Camille was our tour guide and we were accompanied by other tourist from around the world, including a couple of families from Canada and an individual from Japan.  While waiting for the tour to begin, we got to know eachother and I really wanted to find out what drew them to try this particular tour.  The answers were the same, they wanted to experience the local foods and learn a bit about the famous Mission District.  What they received on the Avital Food Tour is exactly that, local tastes with local history all mixed into one! 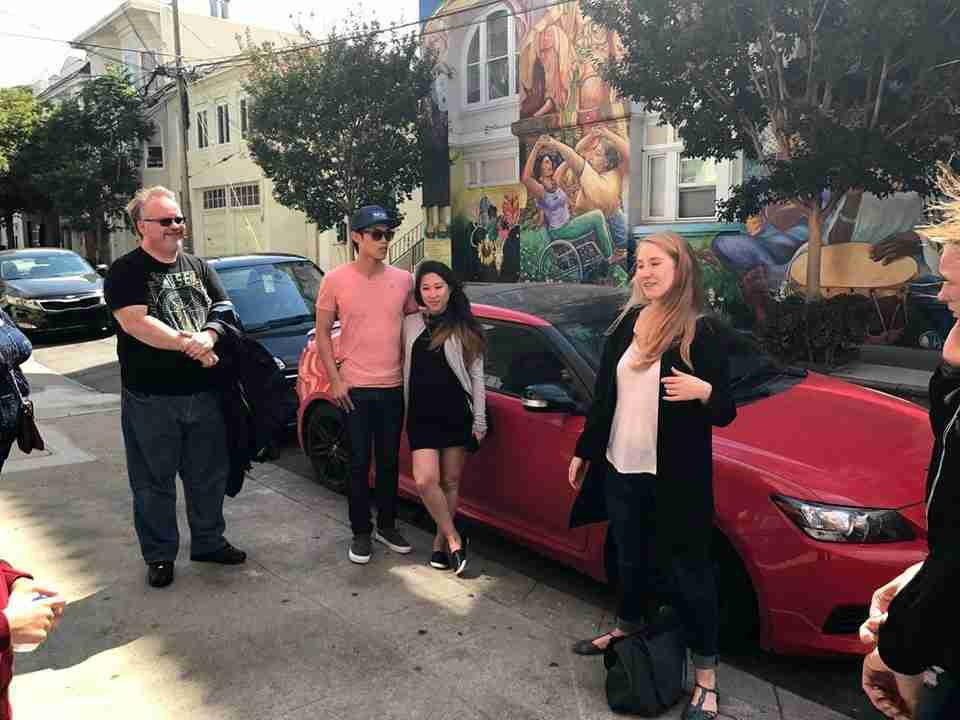 Camille began the tour by having us each introduce ourselves, along with sharing the “stangest foods” we have ever eaten.  Prepared I was not, I couldn’t think of much on the spot but as we began to walk around I did one of those “I should’ve told them THIS and I should’ve tole them THAT!”  Oh well, it wasn’t a big deal but it did give everyone a chance to get to know one another.  Before moving on to our first food stop, we also learned a bit about the Women’s Building and the murals upon the building.  The murals were gorgeous and hard to capture the magnificent-ness in just a photo. 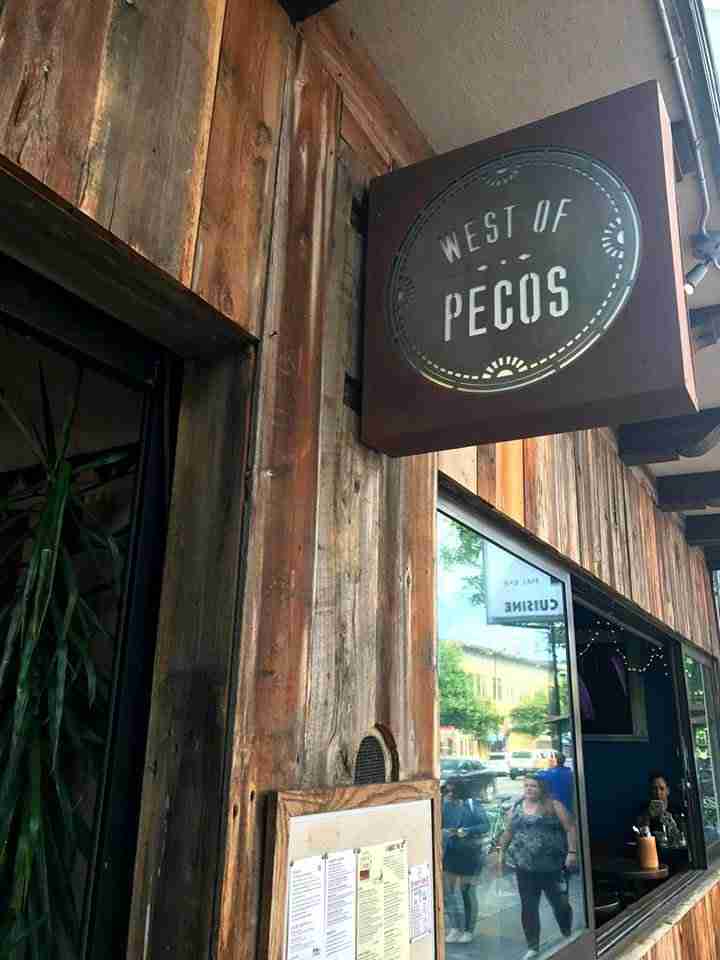 Our first stop was for an appetizer and drink at West of Pecos, a Tex-Mex resturant right around the corner from the Women’s Building.  I was excited to learn the owners of West of Pecos were actually reality TV stars from the Amazing Race!  Although I don’t watch The Amazing Race, I sure do love my reality TV and it made being there a little more special. 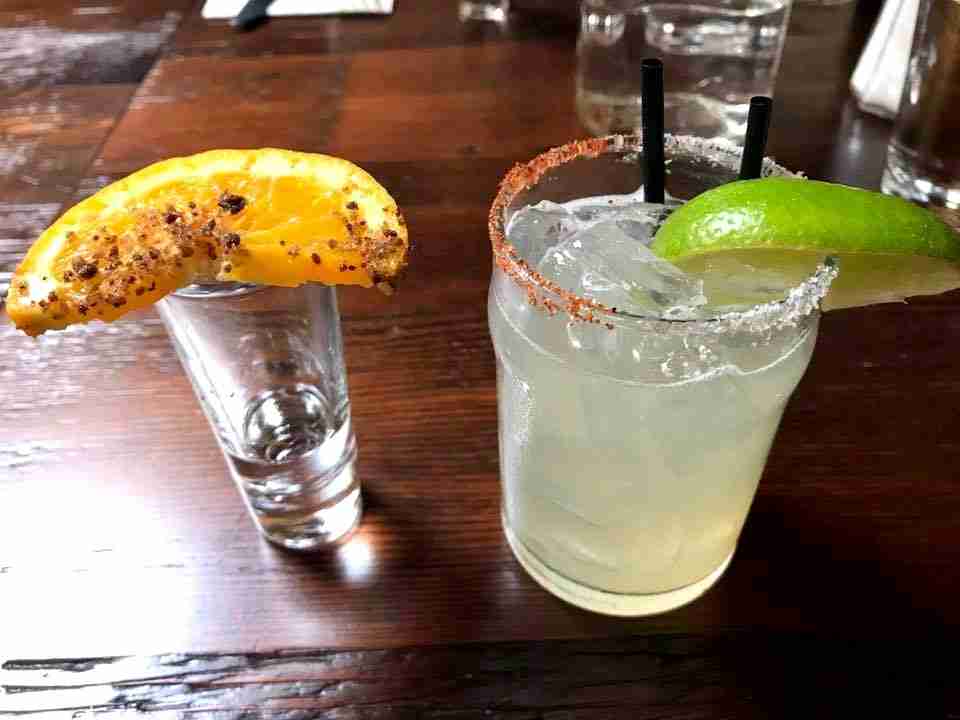 We were provided with the alcohol pairing for the tour, which is a little extra cost but so worth it.  At West of Pecos we were given a margarita made with Kimo Sabe Mezcal and a tequila shot accompanied with a slice of orange & worm salt.  Yes, I said WORM salt or as they like to call it “Sal de Gusano”! 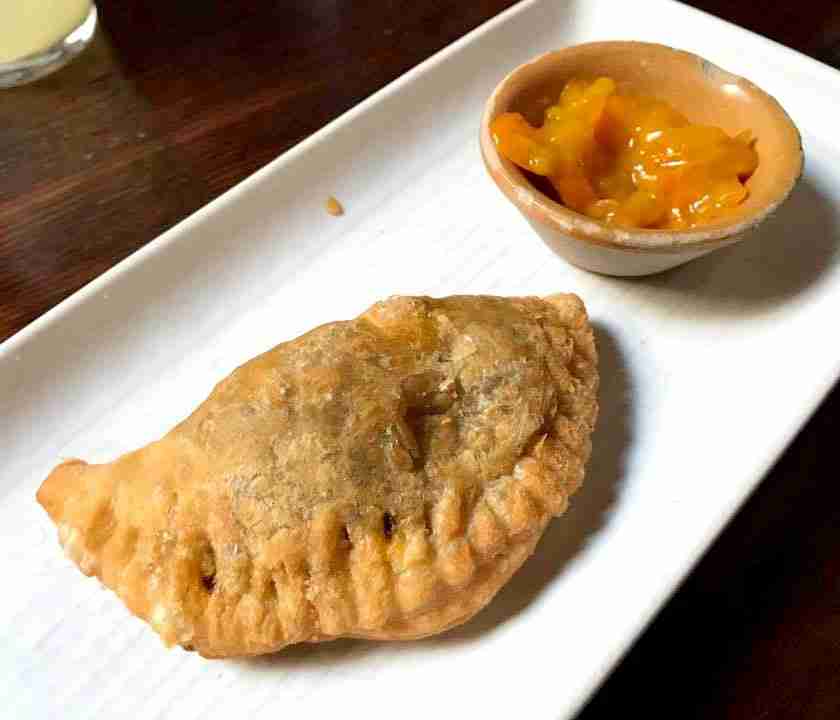 For the appetizer we had the short Rib Empanada with a “spicy” mango chutney.  All was simply delicious and I could not wait to see what was in store for us next. 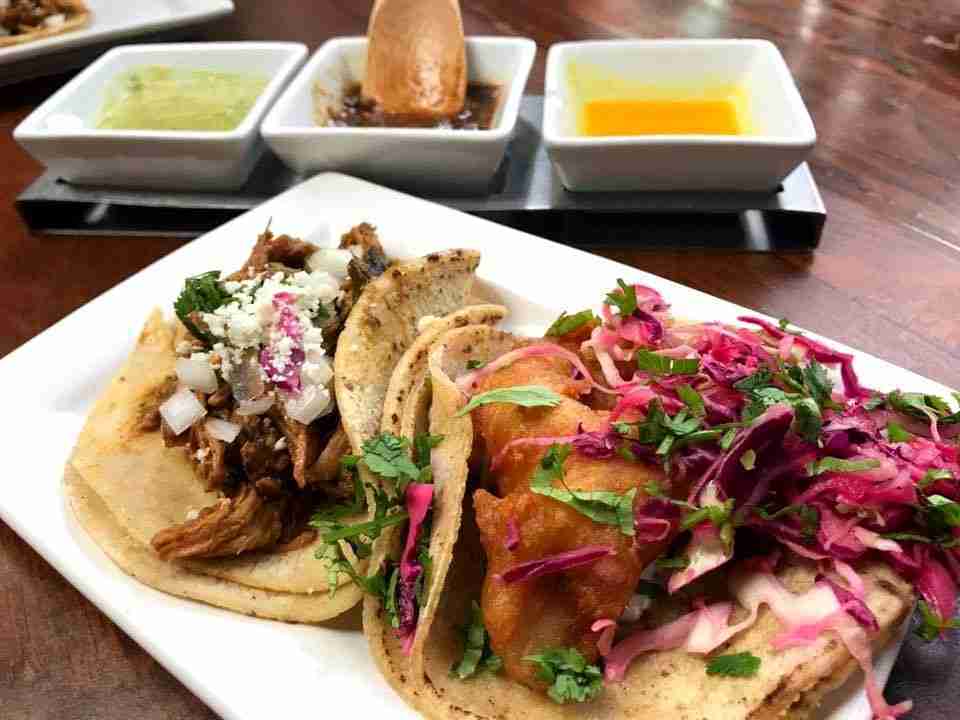 TACOS!  Tacos from Tacolicious was what in store for us and by how crowded the resturant appeared, I knew these tacos were going to be awesome.  Apparently, Tacolicious started their taco serving days at the Ferry Plaza Farmers Market and was such a success there, it was created into a resturant.  We were first given chips and salsa to snack on until our tacos arrived.  This also gave us all a chance to talk a bit more with everyone and even play a game.  Camille handed out cards and spoke about the “quirkiness” of the Avital Tour company.  We were to write one “quirky” thing about outselves on the card and hand it back to her until the next stop.
As far as the tacos, they did not disappoint.  In fact, my mouth is watering just thinking about the Chicken Verde and Baja Cod Fish Tacos we had at Tacolicious.  If we are ever back in the area, I am going to make a point to visit again. 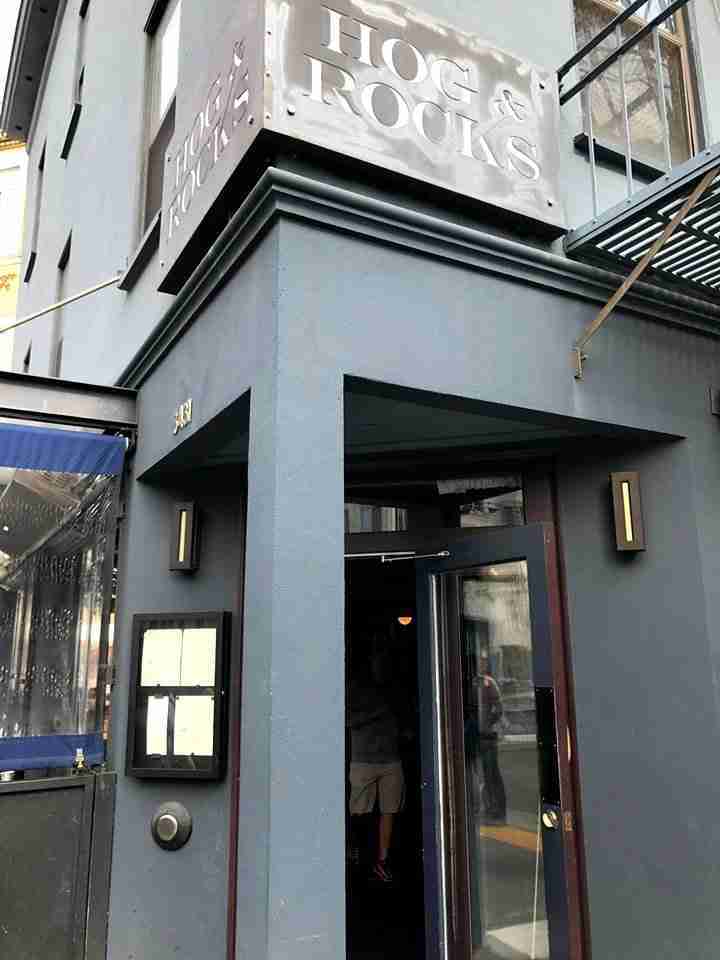 Our next stop was Hogs & Rocks and it pretty much tells you exactly what they serve there, ham and oysters!  This made me a bit nervous because I am not a fan of oysters.  Being from New Orleans, I have tried fried oysters in the past and did not really care for them.  But I told myself I was going to be adventurous on this food tour and so I was going to try whatever they put in front of me! 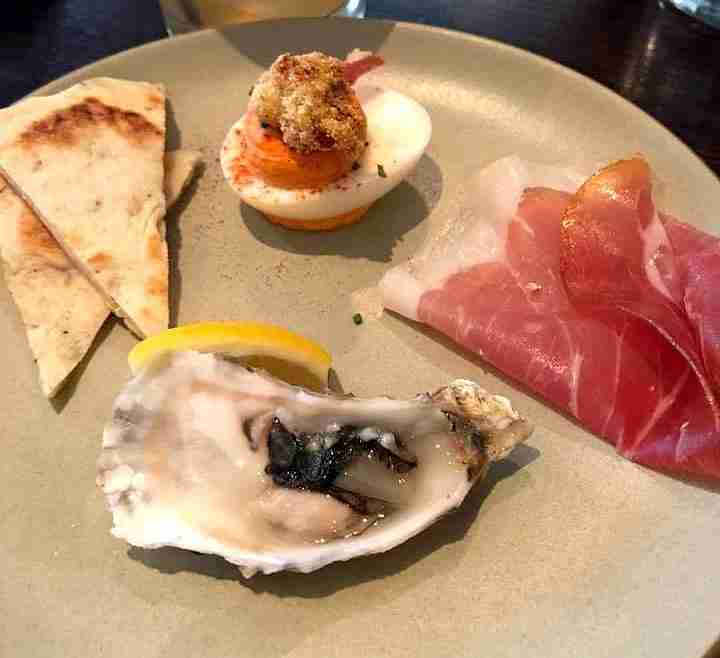 That was a Washington State Oyster, Italian Ham, Deviled Egg and Roseary flat bread, paired with Bourbon Buck.  And you know what?  The raw oyster wasn’t so bad, even my husband (the self proclaimed picky eater) tried it!  It was definitely an experience!

At Hog & Rocks, we also continued the “quirky” game, each quirky card was read and we tried to guess which card went with which person on the tour.  I believe the quirky winner goes to the attendee who microwaves his ice cream before eating it! It really was a blast and bonded us a bit more. 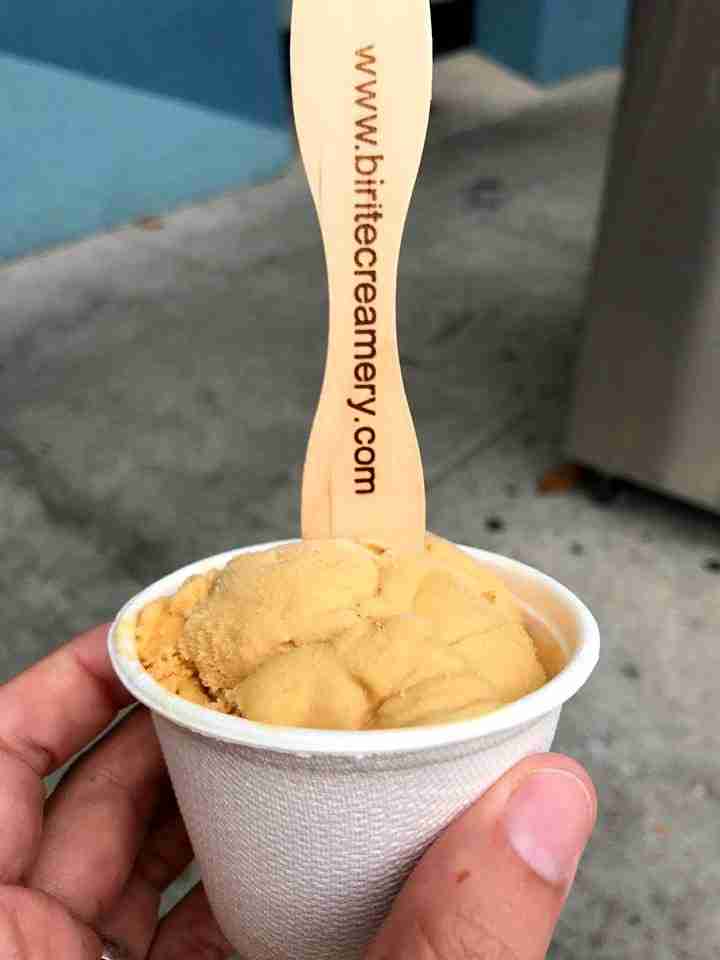 Speaking of ice cream, we ended the tour at Bi-Rite Creamery where we enjoyed a salted caramel ice cream.  It was probably the best ice cream I’ve eaten and this is saying a lot coming from St. Louis, the home of the frozen custard.  It was so delicious, our quirky ice cream microwaver even ate it cold.  The Avital Tour was one of the highlights of our trip to San Francisco, I would recommend it to anyone visiting there!

Visit Avital Food Tours, tickets start at $84 per person.  Check them out!