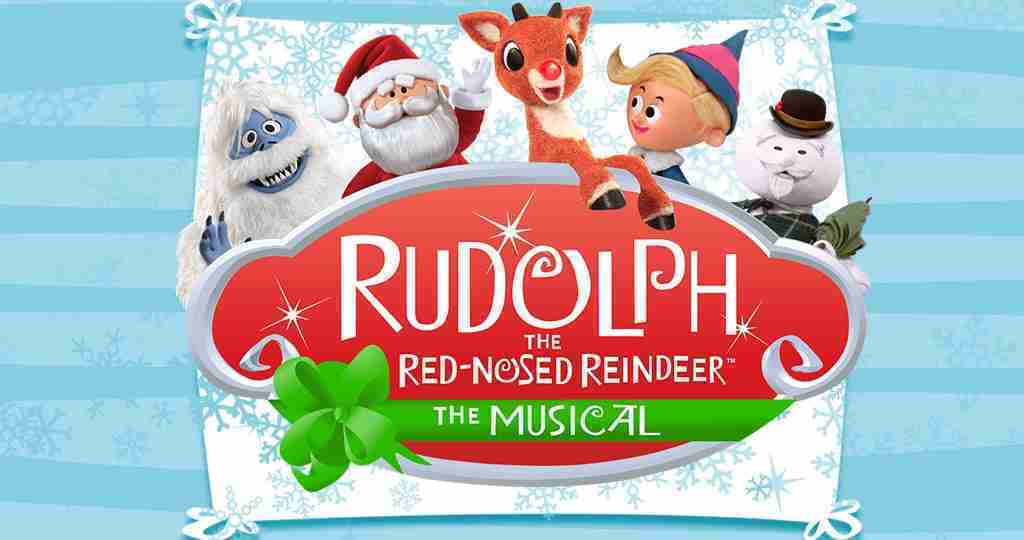 Rudolph The Red Nose Reindeer The Musical is showing Live at the Fabulous Fox Theatre November 21st & 22nd!  Natalie MacDonald who stars as Rudolph answered a few burning questions we had for her!

Rudolph The Red Nose Reindeer The Musical is playing at the Fabulous Fox on November 21 at 7:30 p.m. & November 22 at 1 p.m. & 7:30 p.m!  This family friendly show is a must see this holiday season.  Check out the details & my interview with Rudolph herself, Natalie MacDonald.

Here is a brief synopsis on the show:

The story tells the tale of a young Rudolph who, because of the appearance of his bright, shining nose, is excluded from the Reindeer Games. He flees Christmastown and meets up with new friends Hermey the Elf and Yukon Cornelius.  After finding The Island of Misfit Toys, Rudolph journeys home, where a snowstorm of epic proportions is threatening Christmas. Can Rudolph rescue his family and friends and help Santa save the holiday? 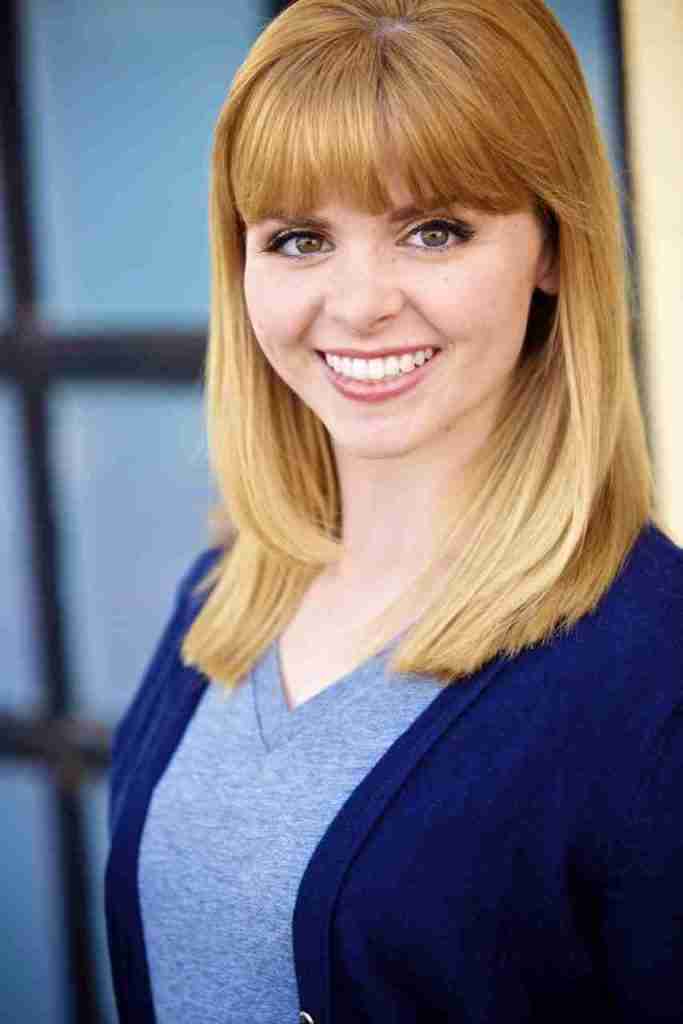 Natalie MacDonald who plays Rudolph was born in St. Louis but grew up in Simi Valley, CA.  Here is a bit about her and our Q&A!

Natalie is so excited to begin her tour debut with Rudolph the Red-Nosed Reindeer: the Musical! Some other credits include: ͞Kathy͟ in Singing in the Rain (Musical Theatre West), ͞Sandy͟ in Grease (Cabrillo Music Theatre), as well as Cindy Lou Who in Grinchmas at Universal Studios, a principal singer in Mickey and the Magical Map at Disneyland, and a main stage performer at Disney Cruise Line. Natalie would like to thank her cast, crew, creative team, Todd @ ATB, and her savior Jesus Christ for this opportunity!

Since you’re portraying classic television characters in this role, do you feel more pressure to perform a certain way to meet audience expectations? Or do you still feel like you have artistic license?

A little bit of both actually! Since I have played many roles in the past that have personalities that seem to already have been set in stone, I don’t feel too much of the pressure to completely copy a performance. What’s nice about our director and the character arts team, is that they chose me based on my best interpretation of Rudolph. Of course, after watching the movie several times (in my preparation for even the audition), working with a vocal coach, and rehearsing for two weeks, many of my nerves are curbed at playing such an iconic role. So, I suppose the key is to have a perfect balance of playing the characters, and playing our best interpretation of those characters. Our director, Dana, is very good at drawing those great performances out of us.

How does this role as Rudolph compare to your last stage role in Sound of Music? Do you like touring or prefer to do local theater shows like you did at Disneyland or even on the Disney cruise ship?

As far as each “musical” is concerned, I enjoy different things about them. I absolutely love the older musicals, which is why I enjoyed The Sound of Music so much. Rudolph is so perfect for this time of year though. What better way to get into the Christmas spirit than to spread Christmas songs and a well-beloved classic all around the country. It’s truly amazing to be able to play such an iconic role. And, of course, I get to fly in this show, which is so much fun!

I think each type of contract (tour, theme park, cruise ship, regional, etc.) is also not only fun in different ways, but also corresponds to different phases of my life. When I was still in grade school I did a bunch of community and youth theatre, and then while I was going to college, I was doing theatre at school and performing at a couple regional theatres. Working at a theme park was great because I was working every week for more than just a few weeks at a time (compared to regional theatre), and I was truly getting to explore some roles in depth because I was playing them for longer periods of time. Right now, the touring and the theme parks and more is perfect because I’m not tied to any occupation in any particular city. It’s really is the perfect time to explore the country and do what I love.

What is a mistake you made during a show but covered up quickly that no one noticed?

Oh goodness! I feel like there’s one of those at least every performance. I think I’ve called Yukon Cornelius Yucorn a couple of times. I’ve been in theatre so long that I’ve been through so many “technical difficulties”: costume malfunctions, the curtain not opening or not closing at the correct time, the music not playing, someone missing their entrance (that has been me on the RARE occasion), a prop breaking in the midst of a scene, etc. But that’s what’s truly the beauty of live theatre. Something could always possibly go wrong, and the audience is there to experience it with you.

What was your favorite Christmas movie as a child?

There are so many: the Santa Claus, White Christmas, Meet Me in St. Louis, the Grinch, Elf, Home Alone, any Disney Christmas special. I think Elf is still one of my absolute favorites still.

What helped you prepare to play a boy and how did you deal with the heat under that heavy custom?

I think that for this particular role, what helped me get into character the most is getting the voice down. When I have the speaking/singing voice down, then the rest is easy. I have played a boy before in a couple other shows, but what makes this one particularly challenging is that I’m not only playing a boy, but I’m playing a “Claymation” boy reindeer. I had many rehearsals to work on how all of that translated into my physicality, and I still enjoying playing and seeing what else I can do in every performance.

Yes, the costume is hot (as are most costumes in most shows), but honestly, unless the air conditioning is broken for some reason, I hardly notice it when I’m on stage. When I’m acting, all I care about is what’s happening in the moment. So when I’m on stage, my costume is my skin, and that’s just what I happen to be working with. I rehearse to understand what the limitations of the costume are, and then with enough practice I don’t really have to think about it anymore.

How do you decide which roles you want to perform?

There are so many factors when deciding which roles to play: whether I want to live in that character’s skin, whether I want to portray that kind of lifestyle, whether the contract is a good one, whether if the creative team is composed of people I want to work with, if the role/venue/show looks good on my resume, whether I really enjoy the music, whether I believe in the message of the show. Sometimes I really want to travel, or I really want to play that role and sing those songs, or I really want to work with a particular director or for a particular company. Doing a performing art for a living is such an interesting combination of business, skill, talent, networking, and creativity, it really requires a lot of thought when deciding which roles you want to play. But then, of course, I could really want a role, but there’s someone else out there who auditioned who is really a better pick for the role. However, if I don’t want to play a part, I won’t audition for it; that just makes the process easier for everyone.

How does the Fox theatre compare to other places you’ve performed?

The Fox theatre (both this one in St. Louis and the one in Detroit) are by far the most beautiful and fascinating theatres I’ve ever stepped foot in. The décor is incredible. The chandelier and the pillars and statues are absolutely breathtaking. Backstage has so much history. There are signatures and artwork all over the walls from since the theatre was built. It’s incredible knowing that just being there and performing there, I get to be a part of that history.

What is the #1 thing you miss about St. Louis?

The thunderstorms. We don’t get many of those in Southern California.

I honestly haven’t been back to St. Louis since I was four, so I don’t remember any. But I am very open to suggestions. If you know of any good ones, let me know!