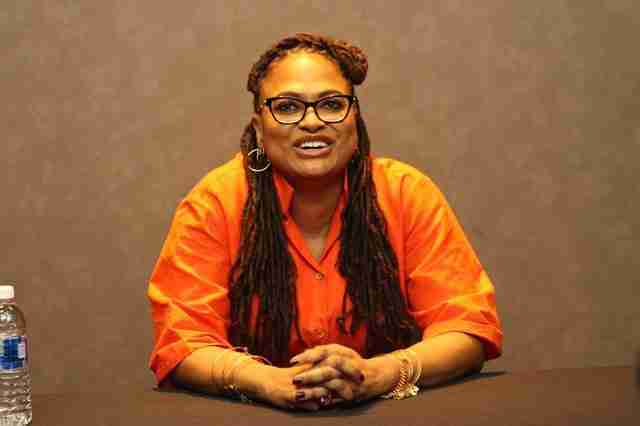 An exclusive interview with Director Ava DuVernay on her newest film A Wrinkle In Time, opening in theaters TODAY March 9th!

One can not discuss the new Disney film A Wrinkle In Time, without first discussing the brains and heart of the film, Director Ava DuVernay.  I’ve interviewed many film Directors in my time covering movies, but I’ve never come across a Director with such dedication, passion and talent as Ava Duvernay.  She is truly a special human being, to speak with her is to know her.  From her movies to her chats, one can tell she puts her heart and soul into everything she does.  Speaking about the film and her career was emotional for her and the rest of the room, there was not a dry eye.  And like the class act that is Ava DuVernay, after the interview was over she made a point thank each and every one of us with a geniune smile and hand shake.  If you are not an “Ava Super Fan”, spend one minute with her and you will quickly become one! Here are some of the highlights from our interview. 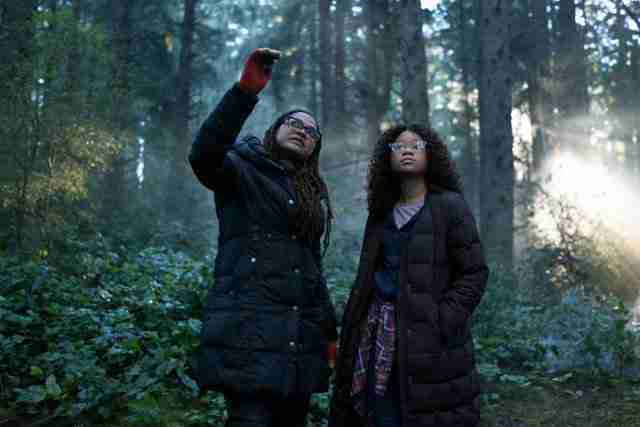 On Her Inspiration For Making The Film

I just really wanted to make a film for kids right now. I don’t have children by choice. I always said that my films are my children. I put my blood into them. It’s really what has my name on it. It’s what I’ll leave behind in the world. So to be able to make something specifically for kids today, something that I hope endures for kids for a long time to come, was very emotional to me. It was important that we approached the story in a way that we were always thinking of young people. Kids like to laugh, but kids also like to think. They like to feel. And so the first 30 minutes of the movie it’s just about Meg. There’s no magic. For 30 minutes we make you sit down and sync into the heart of a young girl as she’s trying to figure out things, struggling at school, struggling with the bullies, struggling with an absentee father, all those things. We demand that you just look at this girl for 30 minutes before the fantasy magic happens.

On Seeing Herself In Meg Murry

Mindy (Kaling) said something really incredible. She said that she loved sci-fi growing up, but sci-fi didn’t love her. She never got to see herself in it as a girl. but particularly as a brown girl, specifically as an Indian girl with dark skin. So to be able to be in a film where there are representations of her, representations like Storm, was so important to her. I think it was the same thing for me. Storm’s a little girl from the inner city. We’ve moved the book to be in the inner-city, from the book to the movie. A little girl from the inner city who wears glasses, who doesn’t know how fantastic she is, and I related to that. I remember being that. I remember dreaming about all the things I wanted to be and not knowing if I could be them. Not seeing anything in my world beyond my mom who loved me and my family who loved me to tell me you can do it. Nothing else said you can do it. School didn’t say you can do it. Society didn’t say you could do it. Nothing said you could do this. Nothing said you can be here and direct this movie. Nothing said that you can do any of it, and so you have to find it in yourself. And that’s what this book says. That’s what the movie is saying. So I related to Meg very much, very much. 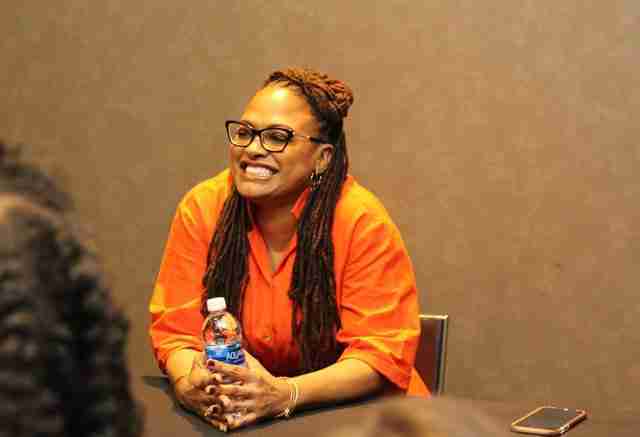 On Bringing People ‘Up’ With Her

I used to be a crew member. I used to be a publicist and I would go on to sets and I would be one of the few women and one of the few black people and probably the only black woman so many times, but regardless of who I was,  so many directors just didn’t know their crew members’ names. I thought how disrespectful. These people were here before you got out of your trailer. They set up the trailer that you can go into. This is someone’s father or mother who’s been here since five o’clock in the morning. Everyone’s working hard. How do you walk past people and not know their name? And yet that’s the culture of our industry.

It’s the culture of a lot of industries in this country. My father, recently departed, laid carpet and flooring in people’s homes, and he would come and he’s the kind of guy that you would pass by, just pass him by. My aunt, Denise, who passed away some years ago, who I really know would love this movie, was a nurse at night. She would take the bus. She was the kind of person you would just pass by, and no one knows how extraordinary they were. They were great people. You can’t pass people by. Sorry. You have to know people’s names.

On The Casting Of The Film

Mindy Kaling was the first person who came to my mind ‘because I knew I wanted an African American Mrs, a Caucasian Mrs. but I also wanted a Mrs. that was something else. First I was thinking Latina or Asian, but then I thought oh, gosh Mindy Kaling! The part is interesting because she doesn’t say a lot since she speaks only in quotes for a long time. It was important to have a comedic actress who can do a lot with a little –  body language, looks, things like that. She comes from the comedy world so she was perfect for a Chaplin-esque part. She’s stunningly gorgeous but, you know, she can pull it off. I remember one studio executive was like do you need that close up of Mindy in the cave when she like closes her eyes? I was like yes. Child, yes we need it. She looks fantastic.

I love her and her face and then Oprah!  The way that Oprah came to be – she just wanted to hang out in New Zealand because she had gone to the South Island in New Zealand and I said “Where are you gonna be hanging out? Do you wanna work? Do you wanna do a little something?” And so she came on board.

Reese is someone I’ve long admired because you know, Reese could have just been content to be a really beautiful blonde actress in town and that would have been enough. We would have applauded her for it. But she said no I am a pretty blonde actress, producer, entrepreneur, designer.

Reese has a clothing line, a book club, she’s producing movies for other people, she’s producing movies for herself. She has a family. I mean she’s like a super woman. I don’t even know how she does it all.  I really look at people like Reese as a black woman we can look at someone like Reese and say “she is privileged”, you know? Blonde, beautiful, perfect. , We overlook those women too because a lot of those women have a real fire in them and they have something to combat against too. The preconceived notion of who they are and to have to fight through – that is also a fight. It’s a different fight. It’s not my fight but it is also something to push against and she’s really done that. So, those three ladies are magnificent together and just lucky they all said yes. 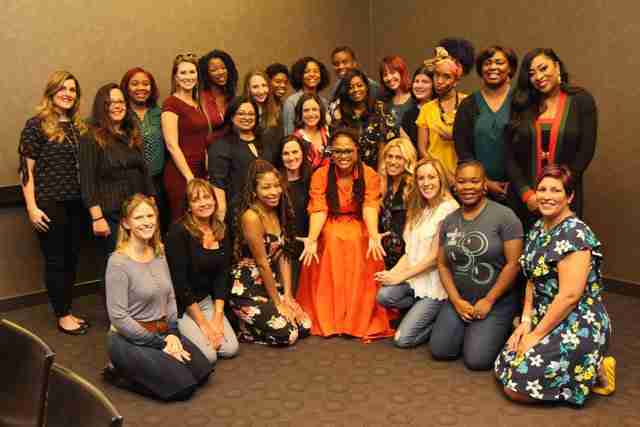 On Finding Light In A Dark Place

I do this thing all day, and I don’t talk to a lot of people about it, but I do this thing all day where I count gratitude…  So at the end of the day when I say goodnights to myself and to the universe or to God, I’ll say thirteen or forty seven or whatever. And in that moment, I can’t remember all the things they were, but I’ll count them. So today I’m on 19. You all are 20… Some days you’re going through the day and you’re like I got three. Good night. But it’s my little prayer, and I count for gratitude the little pieces of things that I have gratitude for, a smile, a person that lets me in the left turn lane when I know it was wrong and I shouldn’t have been there, the parking spot there, just little things. If you just take a second to acknowledge it, it gives you a little jolt of joy… You just count them through the day and they give you a little kick.

She truly is the heart of the film - and I'm so glad we had this amazing opportunity to meet her. She's amazing!