Last week while in Los Angeles for the movie premiere of A Wrinkle In Time, I had the pleasure to screen the new film not once but twice!  To be honest, I’m glad I was able to view it twice before gathering my thoughts to share in a review.  I’m one of the very few individuals who did not read the novel A Wrinkle In Time as an adolescent.  When I announced I was going to the movie premiere, I had many comments from fans of the book, so I decided to read it before viewing the movie.  In fact, I was book deep on the flight to Los Angeles to attend the event and that evening I attended a screening in which Director Ava DuVernay introduced the film herself!  I was pumped, I am not a long time fan of the book but I became an instant fan.  And as the movie began and the characters were introduced, I realized I made a mistake.  I should not have gone into this film with the expectation that it was going to follow the novel page for page, because it didn’t and it shouldn’t.  So much has changed in our world since the book was written over 55 years ago and this film adapted to this change.  Ava DuVernay realizes this change while also keeping with the theme of love, hope, self assurance, understanding and bravery.  In this changing world, one thing which has not changed in the past 55 years is how we are all so different, yet we all yearn for the same thing.  The constant fight for a better world, the constant fight against the darkness. 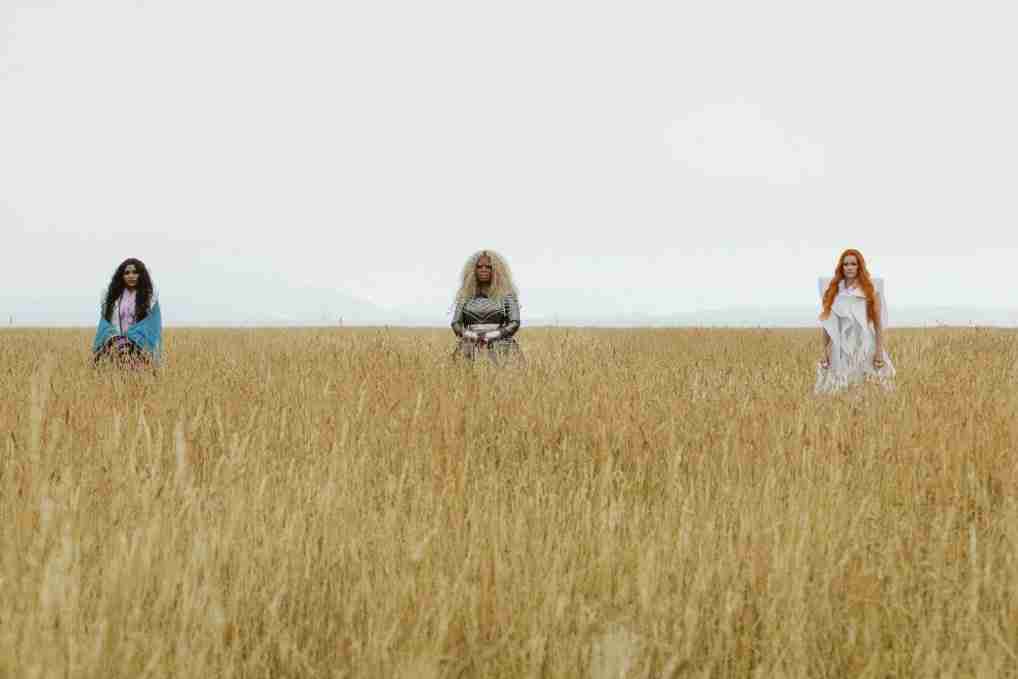 Meg Murry is a typical middle school student struggling with issues of self-worth who just wants to fit in. The daughter of two world-renowned physicists, she is intelligent and uniquely gifted, as is Meg’s younger brother, Charles Wallace, but she has yet to realize it for herself.

Complicating matters is the mysterious disappearance of Mr. Murry, which has left Meg devastated and her mother broken-hearted. Charles Wallace introduces Meg and her fellow classmate Calvin to three celestial beings (Mrs. Which, Mrs. Whatsit and Mrs. Who) who have journeyed to Earth to help search for their father, and together they embark on their formidable quest. Traveling via a wrinkling of time and space known as tessering, they are transported to worlds beyond their imagination where they must confront a powerful evil force.

To make it back home to Earth, Meg must face the darkness within herself in order to harness the strength necessary to defeat the darkness rapidly enveloping the Universe.

“Wild Nights Are My Glory“

While I just told you not go into this film expecting an exact adaptation of the book, this film does in fact incorporate many aspects of the book; the best parts of the book in my opinion.  You have your heroine, the awkward, self doubtful, idiot/genius, Meg Murry (Storm Reid).  Charles Wallace (Deric McCabe), Meg’s younger brother who represents the supreme human being.  Calvin (Levi Miller), the popular athlete who is drawn to the Murry family through forces unbeknownst to himself.  Of course “The Mrs.’s”, Mrs. Which (Oprah Winfrey), Mrs. Whatsit (Reese Witherspoon) & Mrs.Who (Mindy Kaling), who are superior forces of nature guiding the children on their quest to find Mr. Murry (Chris Pine).  The film also introduces a few new characters, one being Veronica Kiley (Rowan Blanchard), the school bully who constantly taunts Meg.  This new character addition is so apropo to this day in age when bullying is a fierce problem our children are dealing with via school and/or social media.

Last but not least, you have THE QUOTES.  Some new and some old, Ava Duvernay incorporates meaningful quotes into the film which will hit you right in the heart.

“Meg, I give you your faults.“

While A Wrinkle In Time targets a young adolescent audience with its goal to empower children and give them a sense of self acceptance amoung their differences, it also sends a deeper message of “love” to children and adults alike.  A message of love between a parent and child, brother and sister which will take one of a journey to the ends of the earth and beyond.  A message of love for oneself and a message of love for all beings.  This deeper message of love for all is respresented perfectly even through the casting of the film.  We look on the screen and we see a white boy, a brown woman, a very multi-cultural cast and instead of playing up to these differences, they are joined together for one goal and its the goal of light overpowering dark.  Good overpowering evil.  A journey towards love winning.

“The wound is where the light enters.” -Rumi

In true Ava DuVernay style, A Wrinkle In Time is beautifully done from the visual effects to the costumes.  While the story may hit on topics which could escape the younger generation, they will be glued to the screen as the children tesseract throughout the universe and take in the beauty of the different planets the characters encounter.  There are some dark scenes in the film, especially one towards the end, I do believe this film is relatable for children as young as 4 or 5 years of age.  After interviewing the talent in the film, I fell in love with it even more-so.  It’s a true story of saving the world in an unconventional way, through doing good deeds and love and kindness. Its a story we all need to see, learn from, and pass on to our future generations.

A WRINKLE IN TIME HITS THEATERS THIS FRIDAY, MARCH 9TH!