I was invited by Disney Studios to visit the set of Antman And The Wasp.  All opinions are my own. 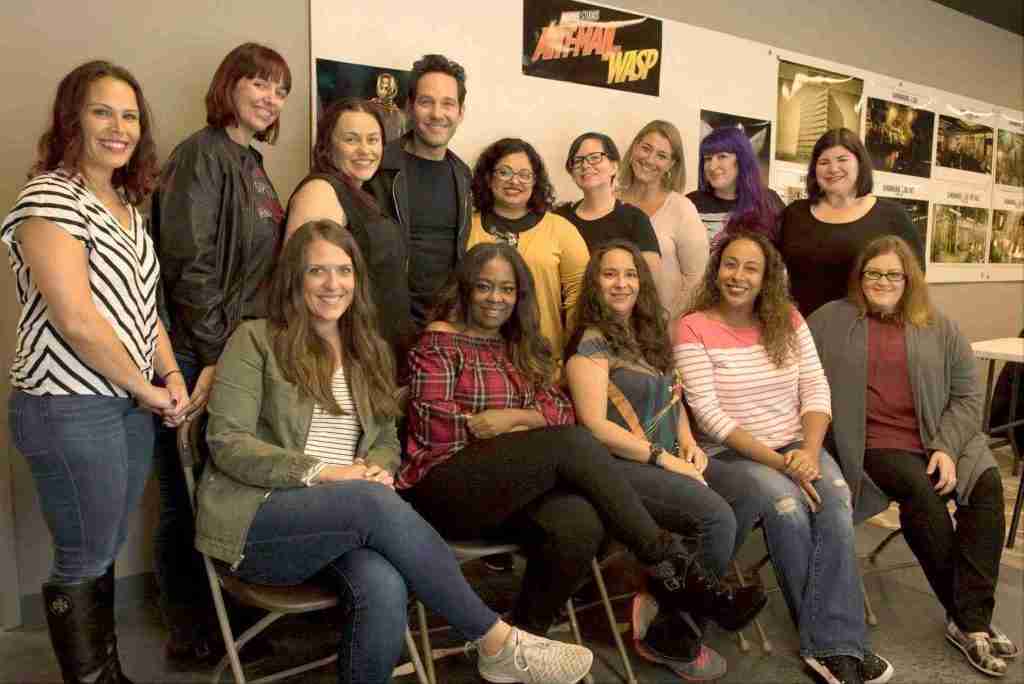 While on set set of Marvel’s Antman And The Wasp last year, I along with 12 other elite bloggers sat down with Paul Rudd for an exclusive interview!

This is not the first time Paul Rudd and I have cross paths and now that I am thinking about it, it is not even the second time.  Marvel’s Antman was released 3 years ago, almost to the day as Antman And The Wasp‘s release date and AsTheBunnyHops Paul Rudd Investigation.  I can remember it like it was yesterday, Paul Rudd sat down for an exclusive interview (with 24 other bloggers but in my mind it was just us), our eyes met and all he saw was hearts.  From me.  Because I was totally googled eyed him.  The evidence is in the picture below. 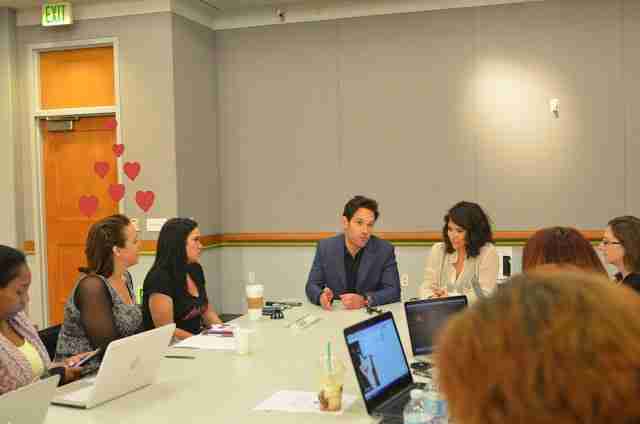 Fun fact: This photo was saved in my album as “Paul Rudd Love”.

Fast forward 3 years and nothing much has changed in Paul Rudd land.  Paul has not aged a bit, as evidence from AsTheBunnyHops Paul Rudd Investigation, he is just as nice and down to earth as the day I met him 3 years ago and he still has those googly eyes for me.  A girl can dream.  Check out the highlights of our interview below! 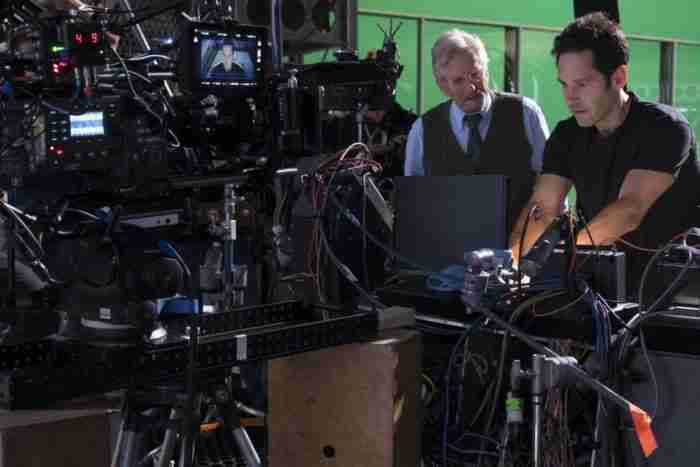 On His Character Evolving

We started this movie and Civil War’s already happened, and as a result, I have been put under house arrest, so I’m just kind of living in my house… And Hank and Hope are on the, kind of the run, because you know, my being there alerted the authorities to their presence.  We’re not really on speaking terms, and I’m also, I want to start this business with Michael Pena’s character, Luis, ex-con security.  I’m on the straight and narrow, just be a father, that’s my main concern. The movie starts with just a couple of days left on my punishment, and I don’t really think that this superhero business is for me, and it just gets in the way of what I want to do.

On His Characters Biggest Challenge

I think Scott is the kind of character that might be at odds with what’s good for people that he, not just his daughter, but other people that he cares about, and doing what’s good, being heroic, and finding his place in the world while simultaneously being a responsible parent.  I think that’s something that a lot of actual parents, whether their job is a superhero or any job, to try and contribute in some way as a person to the good of the world, while simultaneously being there for your family and your kids. It just happens that this is a very specifically strange job.

On His Costume Changes & Wearing It

They made changes. It’s updated a little bit more.  The first Antman, the costume was supposed to look as if it was built in the 80’s, and so it was a little scuffed up, it had some analogue quality to it.  They changed it for Civil War, but now it’s changed again. I think a mix of those two suits, so there are a lot of comparison. We make a lot of comparisons to the first one, but it’s more of an updated version.

I met Dave Batista (Drax From Guardians Of The Galaxy), he’s a big guy, and he was very nice.  I never met him, but he asked me, “How is that suit? It must not be very comfortable.” And I thought, I don’t think I’m going to complain about my suit to you, who clearly has to sit in the makeup chair for hours on end, you know?  And he has a whole process of him getting all that stuff off, so I said well, the suit’s fine. It’s pretty good.