I was flown out to Los Angeles to cover the #RalphBreaksTheInternetEvent, this content was part of the coverage.

The Little Mermaid 30th Anniversary Edition is out on digital download today. Check out Our Mark Henn interview and DIY Ariel Seashell frame.

While in Los Angeles last year covering the #RalphBreaksTheInternetEvent I had the opportunity to meet Mark Henn, the artist behind the unforgettable Disney Princess Ariel from The Little Mermaid.  Not only did we have a chance to receive a little drawing lesson from Mr. Henn but we also were able to get all the 411 on being a Disney animator.  If that was not awesome enough imagine my surprise last week when I received a special gift in the mail from Mark Henn himself.  This gift was no oridinary gift but an Ariel sketch drawn by Mr. Henn.  When I received said gift I knew exactly what I had to do, I had to craft up a DIY Ariel/Seashell frame!  Check it out plus a bit from his interview. 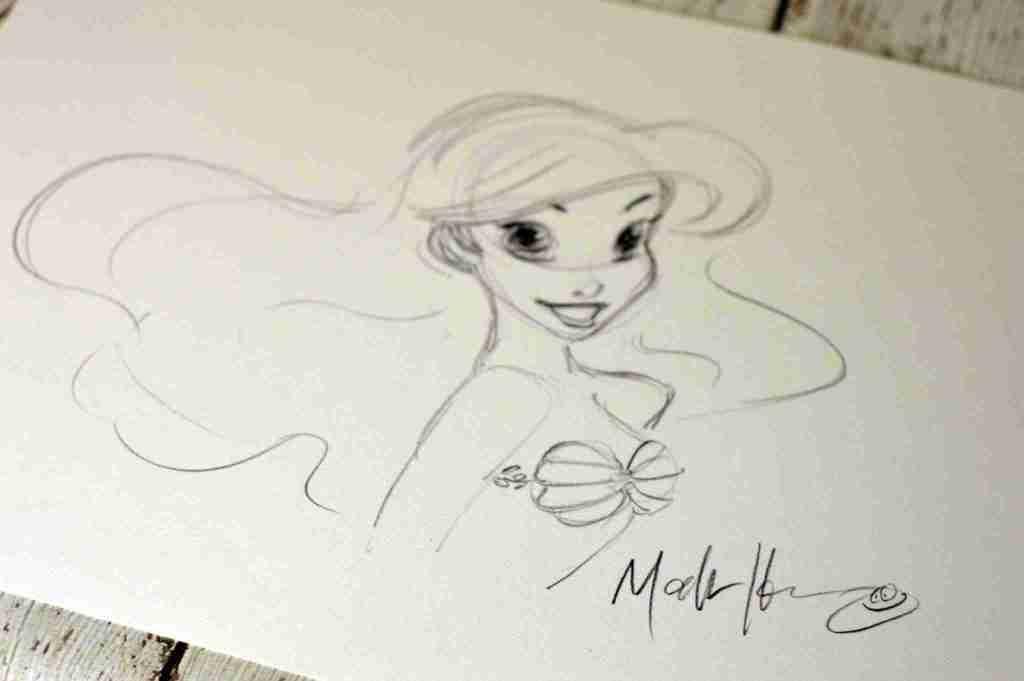 Mark Henn discusses the most difficult part in animating Ariel:  Getting her hair right was one of the trickier aspects. You could’ve easily gotten loss in endless movement. We tried to simplify the hair design and handle it in a way that made it as easy as possible. 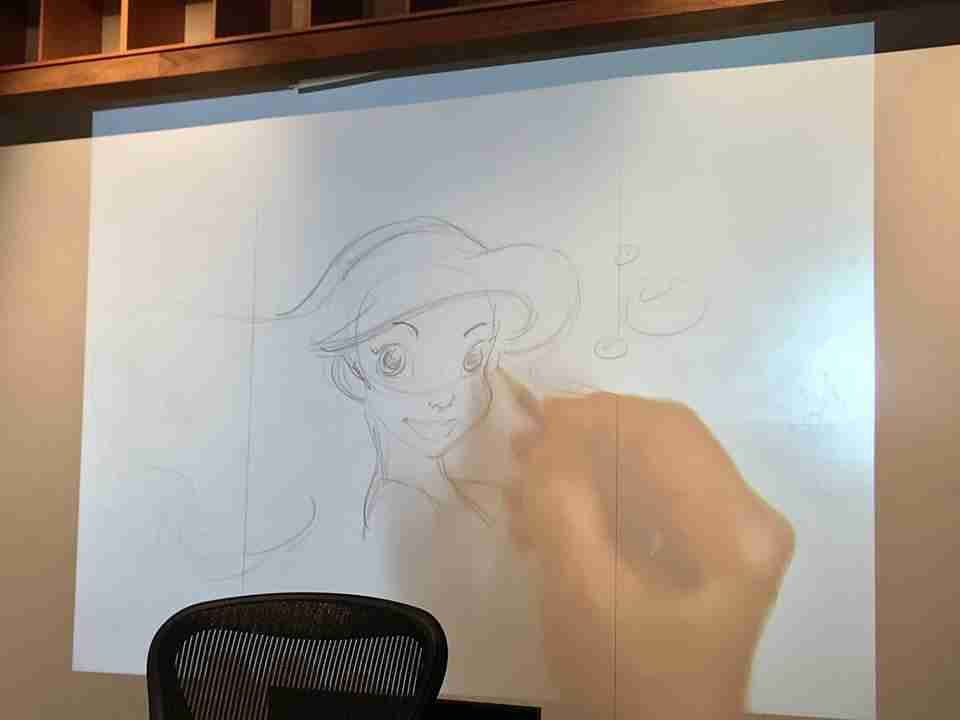 Mark Henn gives the 411 on Ariel’s top: Originally it was just the seashells were stuck on. We ended up putting the seaweed strap on there.

Mark Henn’s favorite character to draw from The Little Mermaid: Sebastian was a lot of fun. He’s the only other character I got to animate in the movie. 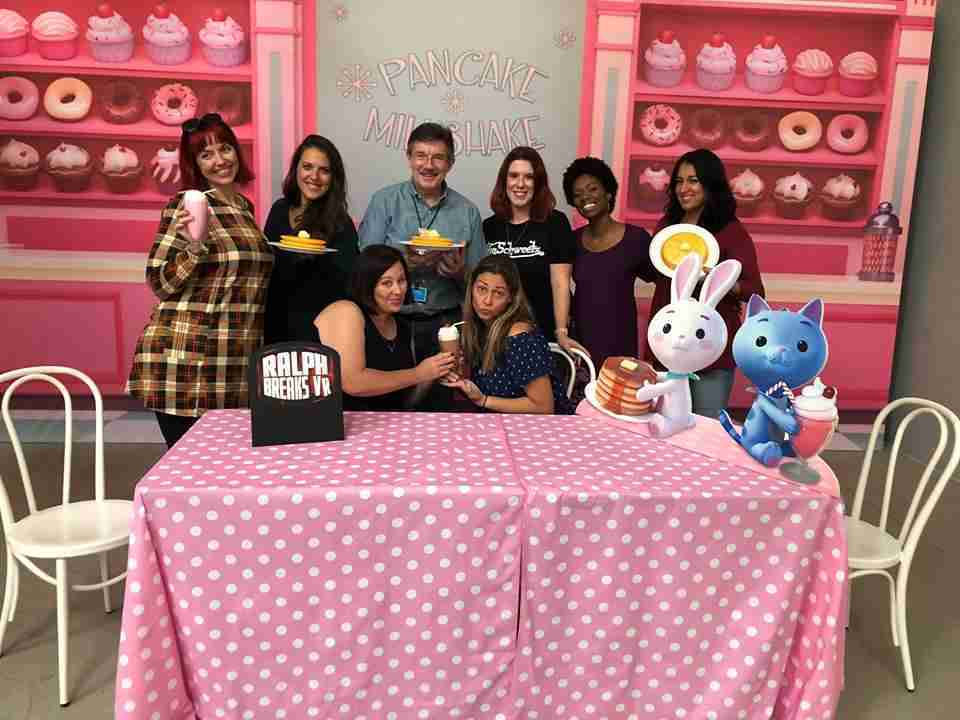 It was such a pleasure meeting Mr. Henn, he is a class act with tons and tons and tons of talent.  Now to give my hand at a little creativity, I am sure it will not even come close to the awesomeness that is Mark Henn but check out my custom DIY Ariel/Seashell frame! 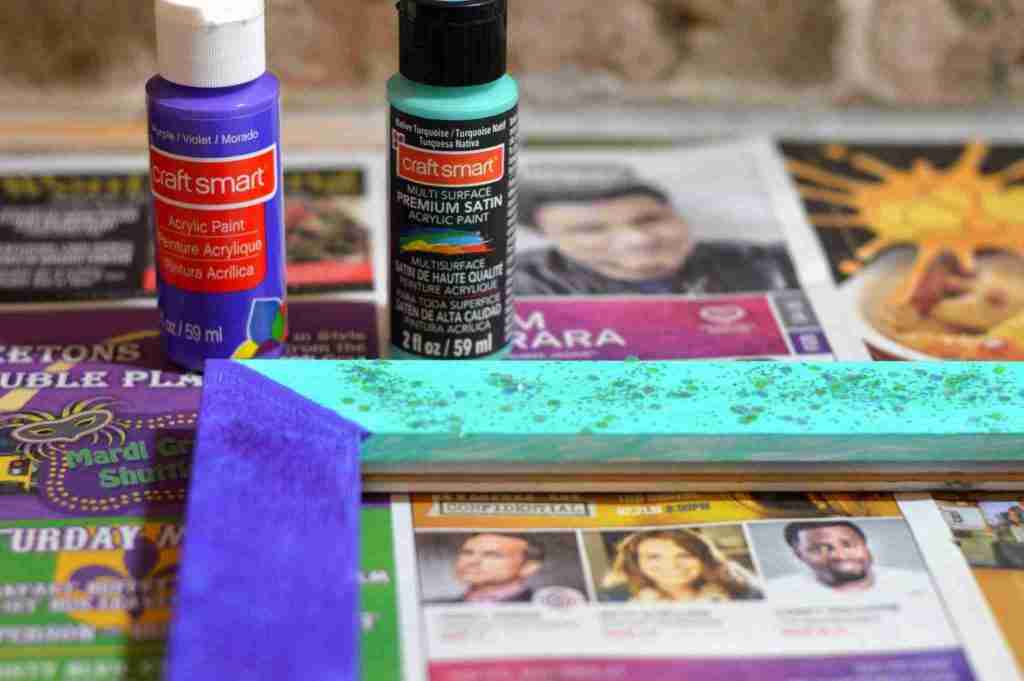 Step 1: Pick out frame, preferably wood or white.  I could only find a dark brown frame so I had to spray paint the based coat with white and then I chose some CraftArt colors that would match Ariels attire.  I went with a purple (of course) and a seafoamish green.  I only gave the frame one coat of color because I liked the streakish look with color and the white base. 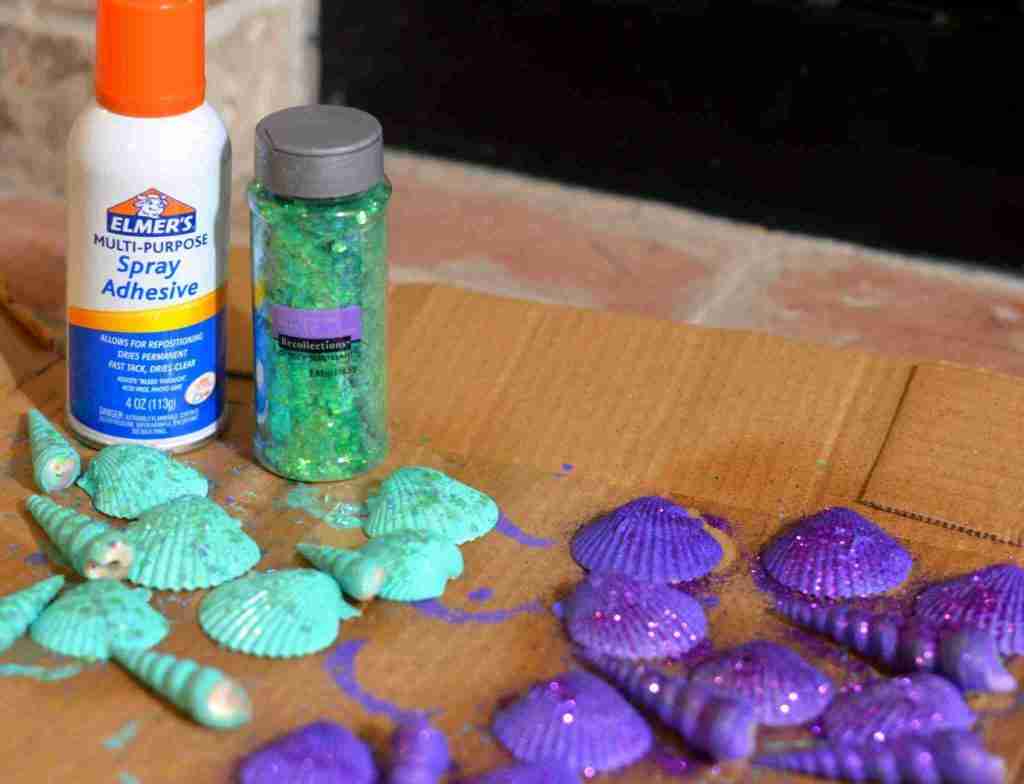 Step 2: I also painted seashells with the same colors as the frame.  I then sprayed both frame and seashells with a multi-purpose adhesive and sprinkled green and purple glitter to accompany colors. 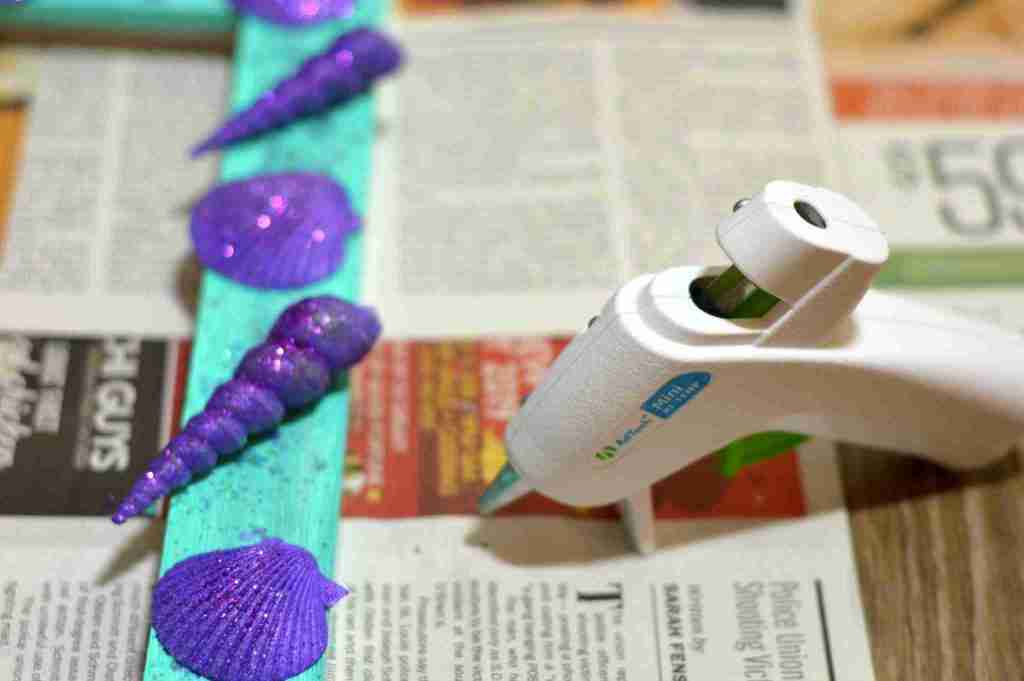 Step 3: After glue and paint dried, I hot glued shells to the frame.  I was a little nervous about how well this would stick but surprisingly the shells stuck VERY well! 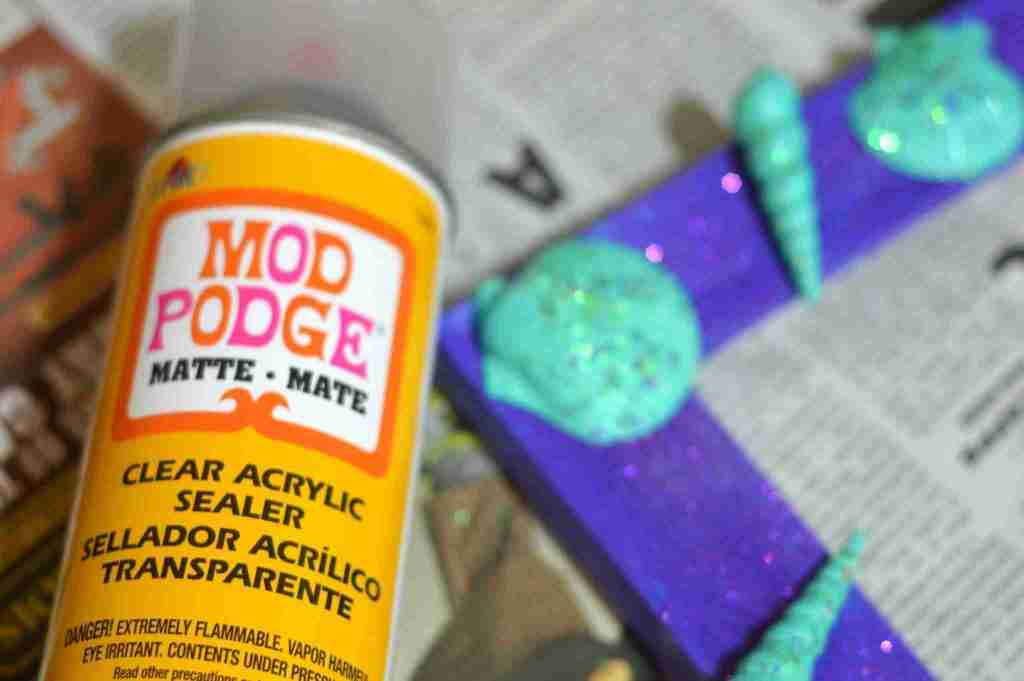 Step 4: I sealed my frame using MOD PODGE clear acrylic sealer.  I sprayed on a light mist over the entire frame and let dry for 15 minutes.  I repeated this step 4 times. 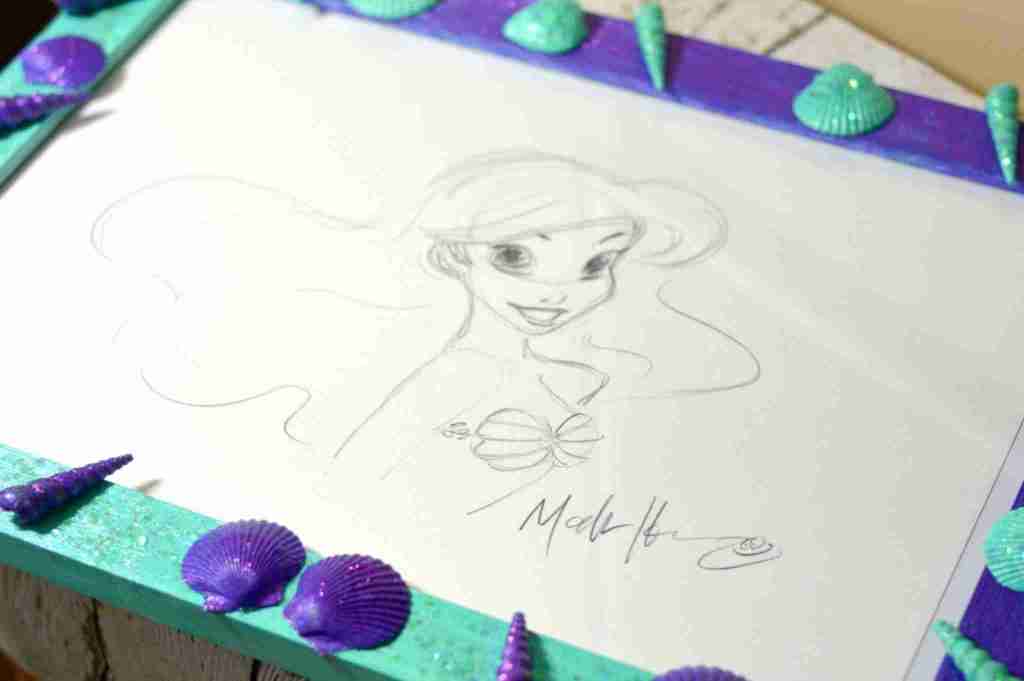 Disclaimer: You will want to use the adhesive spray and the acrylic spray outside in a ventilated area because these sprays will give off some fumes!  After drying overnight, my frame was ready for my work of art and to be hung with pride on my wall!

The Little Mermaid Anniversary Edition is released on Blu-ray February 26th, but available on digital TODAY.