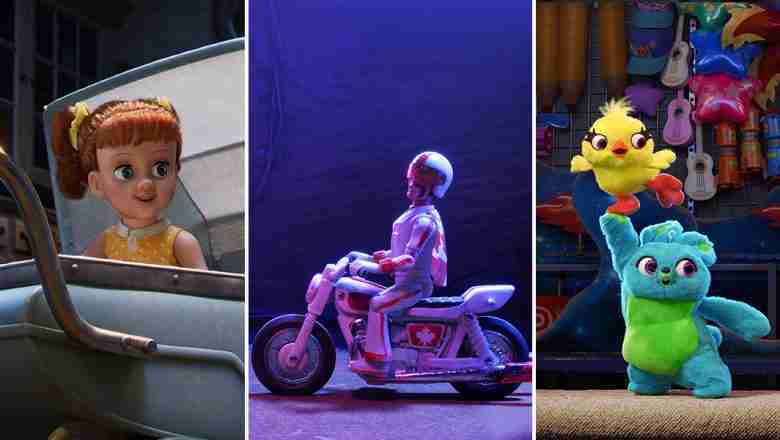 With every new Toy Story movie, we are introduced to new characters which warm our hearts.  Toy Story 4 is no exception with the introduction to many new characters, including plushes and trash!

Not only are we reunited with old characters in Toy Story 4, such as an independent Bo Peep, we are also introduced to many new characters in which kids and adults alike will fall in love with!  From plushes to Canadian stunt men, let us get to know them and find out why they are important to the Toy Story 4 film.

Woody and Forky first meet Gabby Gabby and her creepy ventriloquist dummies, known as Benson, in the Antique shop where Gabby Gabby waits to be “someones special play pal.”  The only problem is, Gabby Gabby was a defective toy right out of the box, her voice box never worked and hence, she was never wanted.  On meeting Woody Gabby Gabby spots his working “voice box” and has her eye on it ever since, hoping that a working voice box would one day make her a wanted toy for a kid to bring home.  Gabby Gabby is voiced by Christina Hendricks, who is also known for her role in Mad Men.

Forky (voiced by Tony Hale) has become a favorite toy to not only Bonnie but to many fans.  Although Forky thinks of himself as “trash”, he is a major character in Toy Stoy 4 and much of his antics lead to the adventures and journey the film will take you on.  You can find out all the facts about Forky in a previous post, even the making of him!

Keanu Reeves is having quite the year, as I like to call it we are all having a Keanussance, and his addition to the Toy Story 4 family with the new character Duke Caboom is everything!  Duke Caboom is a toy based on a Canadian stuntman which promises kids he could jump a ramp through a ring of fire.  After Rajon sees the toy commercial on tv, he receives Duke as a gift but becomes uninterested when he can not perform the promised jump.  Eventually Duke Caboom finds himself in the Antique shop as an unwanted toy who is ready to prove himself as the stuntman he is despite being a bit of a “cry baby.” 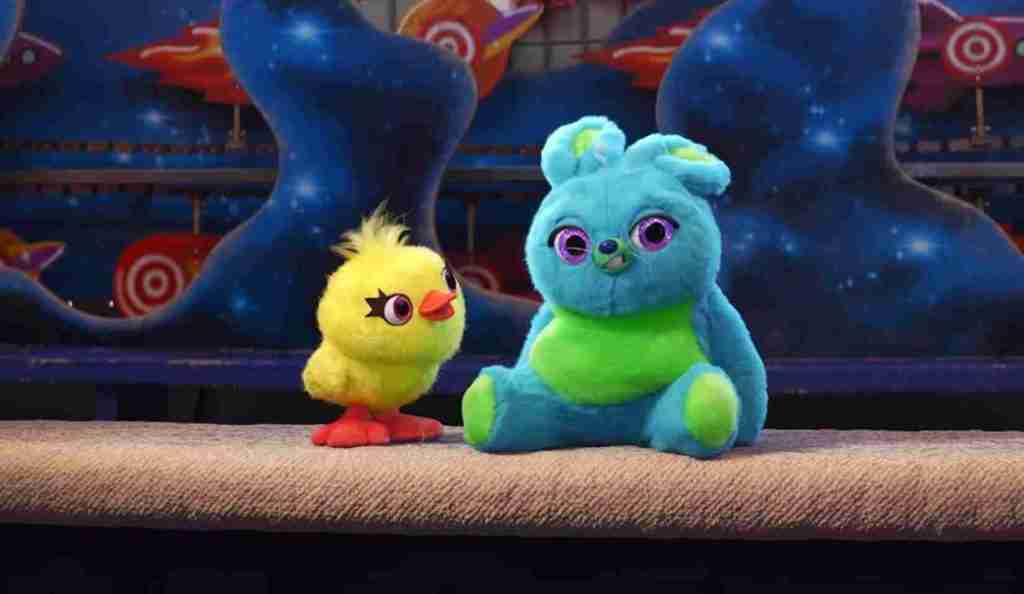 Ducky and Bunny (voiced by Keegan Michael-Key And Jordan Peele) are carnival toy prizes who have been strapped to a game for a very long time.  The duo brings hilarity to the film and also a new phrase you will come to know as “the Plush Rush.”

Giggle McDimples is a pocket-sized police officer playmate and best friend to Bo Peep ever since they both met at the Antique shop.  Giggle McDimples is a feisty but loyal friend who always has a word of advice for Bo and even tags along on adventures back to the Antique shop against her better judgement.  She is a small character that makes a big impression, literally and figuratively.

We also see some new toy cameos in Bonnies closet which needs a shout out because of the legends they are named after and voiced by.  Melephant Brooks (Mel Brooks), Chairol Burnett (Carol Burnett), Carl Reineroceros (Carl Reiner), and Bitey White (Betty White), are toys which have been closeted but represent Bonnies older “baby” toys. Woody meets them as he has also been closeted and they help him realize he is not a “favorite” toy anymore. 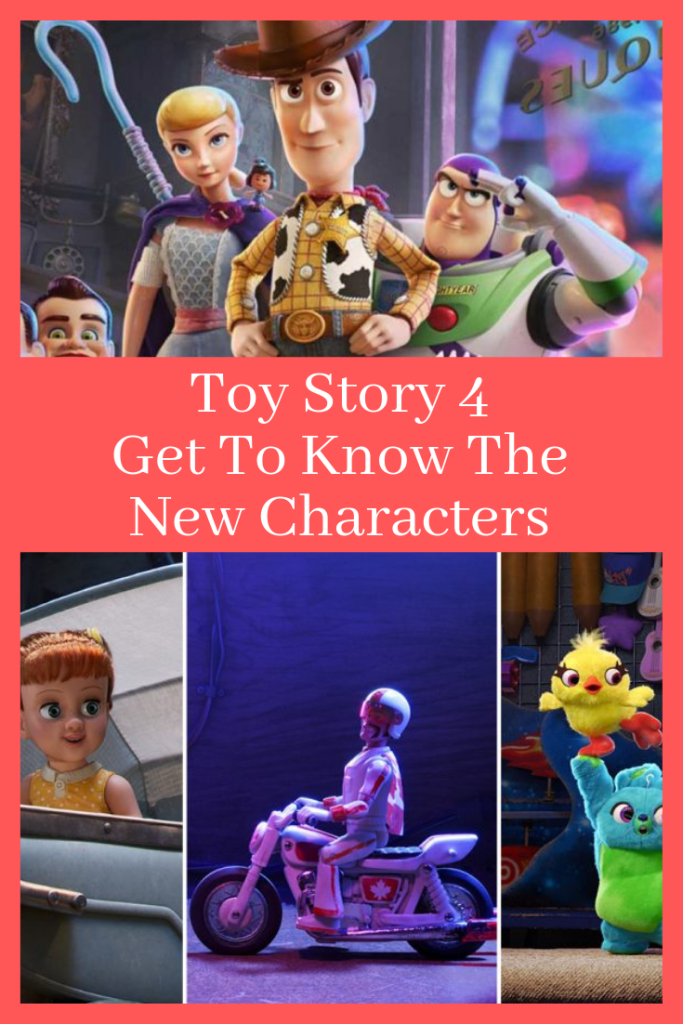