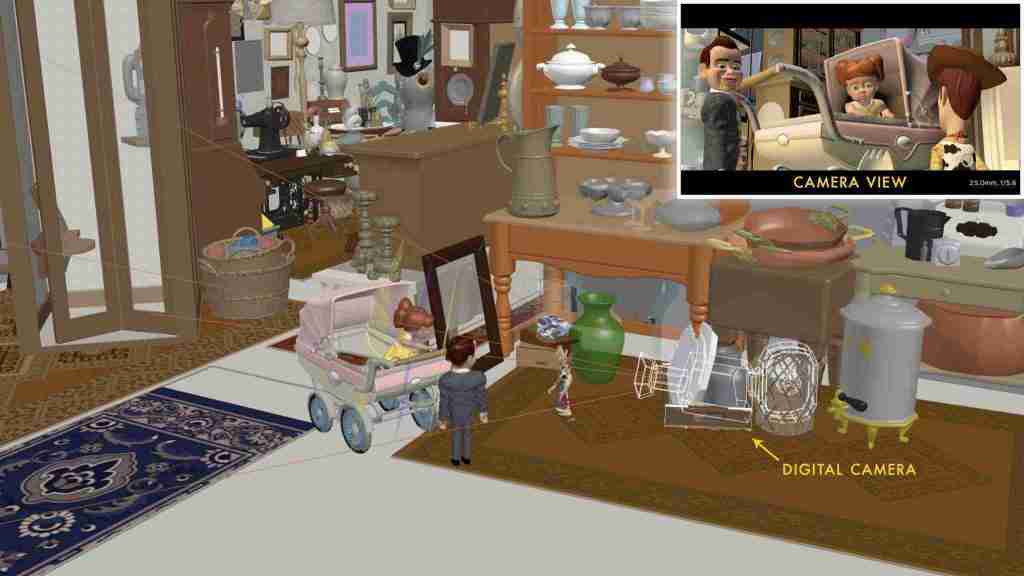 The Antique Shop in Disney Pixar’s Toy Story 4 contains Easter Eggs from every Pixar movie!  Check out the details and some of the Easter Eggs.

If you are a Disney Pixar movie fan who enjoys looking for hidden Mickeys, Easter Eggs and hidden references in their movies, then you are going to love Toy Story 4 and particularly the Antique shop in the film.  A few months back, I visited the Pixar campus and learned all the intricate details that went into one of the most difficult sets in Toy Story 4, the Antique shop.  One of the reasons the Antique shop was one of the most difficult sets to antimate is due to the amount of items located within it.  This also leads to a perfect opportunity for animators to place all the Easter Eggs within it!  In fact Director Josh Cooley stated at the Toy Story 4 press junket in Orlando last week, “If you pause any frame in the story (Toy Story 4) you’ll see something in the background.  From every movie Pixar’s ever done, there’s something in the antique store.”

With 10,000 items to find and shop for, after awhile they became “lazy” as Josh Cooley says and went with items they already were familar with, ie Easter Eggs from other Pixar films!  Let’s take a look into some of the Easter Eggs we already know are within the Antique Shop!

In the Toy Story 4 trailer is where we first spot Tinny from Pixar’s 1988 animated film Tin Toy.  Tinny is not only seen as an Easter Egg in the film but it was also added to the new Toy Story 4 Mattel seven-inch line of figures.  You will also want to keep an eye out for:

A painting of the Up dogs playing poker

Carl and Ellie’s house from Up

Bing Bong’s rocket from Inside Out

A record of “Remember Me” from Coco playing on a gramophone

A pinball machine from the aquarium from Finding Nemo

A scream canister from Monsters Inc

While the Antique store contains Easter Eggs from every Pixar movie, it also contains other fun little mentions.  Such as the Oakland A’s legend Henderson in bobblehead form seen above.  And even the Antique store address is the same street number address of Pixar.  Pixar also has been known to throw in some Easter Eggs from upcoming films, which the next slated Pixar movie to be released is Onward.  However, when asked about that the only clue we received is it is NOT in the antique store. 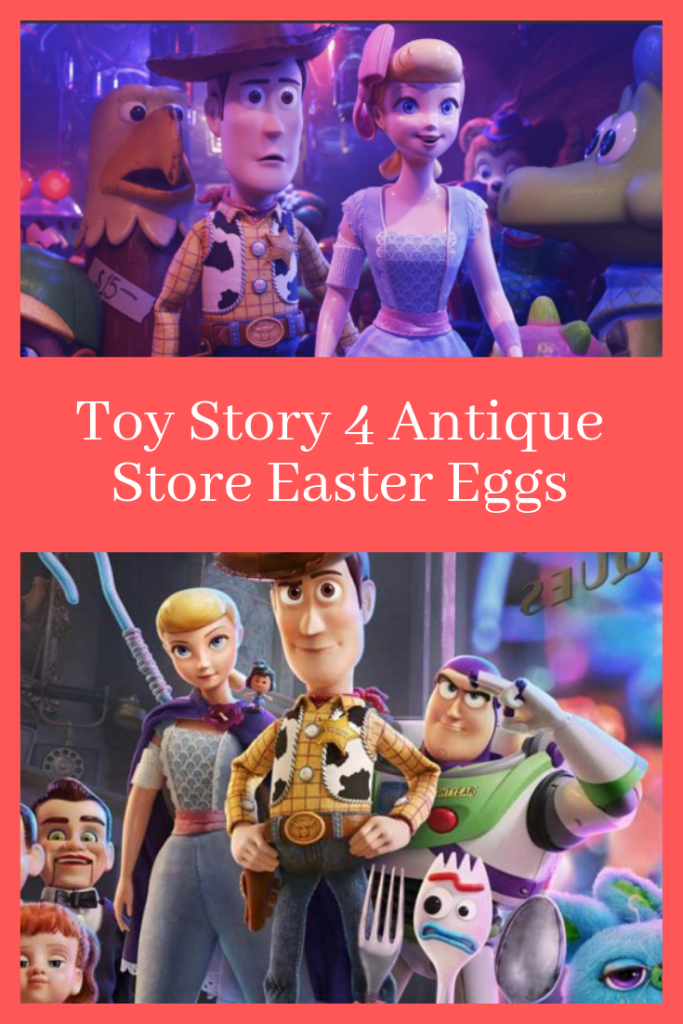 I had no idea! Awesome review.