The Lion King 2019 “live action” comes to theaters July 18th.  I attended a press screening yesterday and have a movie review for you!

I am a fan of live action remakes and you can add The Lion King to that list!  But can we take a step back for a minute and talk about this “live action” in The Lion King.  A live action remake is literally when you have real LIFE people, or in this case animals.  The Lion King 2019 remake was lacking all of the above, it was a CGI fun fest or as a friend of mine likes to say “CGI animals on botox.”  And despite all the criticism you may have heard about it, I will put in my two cents and tell you I REALLY ENJOYED IT!  Check out my video review below.

Let’s talk about the casting of The Lion King for a minute, I felt like the casting was done well.  We have James Earl Jones as Mufasa, I mean I could not think of a better actor for that part if I tried.  We have Donald Glover as Simba, I thought he really brought Simba to life and felt natural in the role.  We have Billy Eichner and Seth Rogan as Timon and Pumbaa, let me tell you they stole the show! And we have my girl Beyonce as Nala, whom I thought was incredible for a strong Queen to be.  I did have one problem which I mentioned in my video review, the songs.  Even though we have the Queen B herself Beyonce singing these classic tunes, I was not impressed.  As a duet, her and Donald Glover simply did not mesh well and while he was trying to rise to her level, she had to take it down a few notches to match him.  It just did not work for me.  This was particularly evident in “Can You Feel The Love Tonight”, it had me missing the original Elton John rendition. 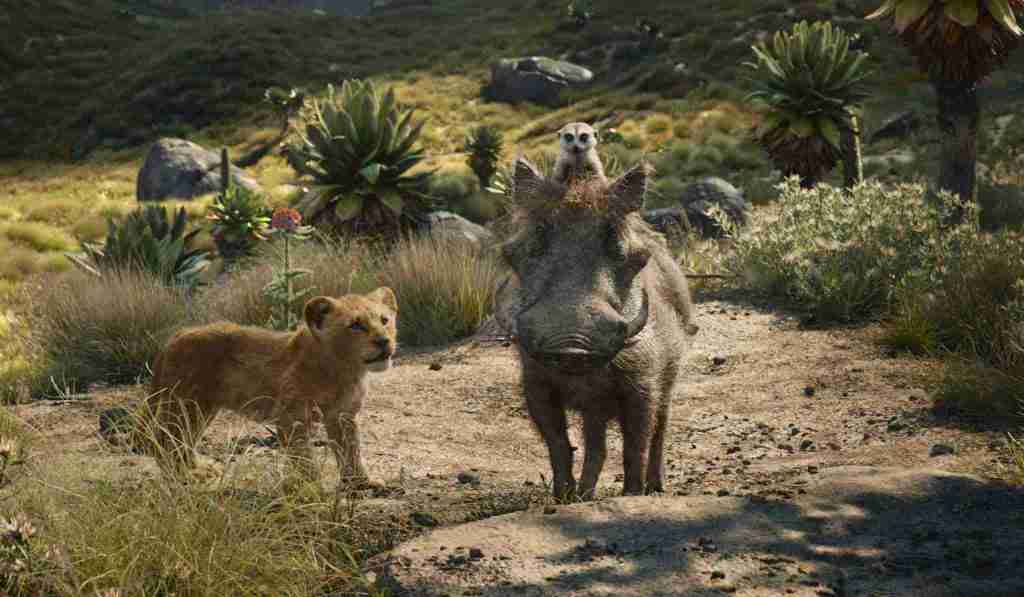 No matter if you love or hate The Lion King remake, there is one thing every single critic has agreed on.  This movie is beautiful, simply beautiful!  It was like watching a work of art come to life on a big screen.  I mean we have all seen the trailer and how beautiful the Pride Lands and Pride Rock look but there was still so much more.  I could not take my eyes off the screen!

The Lion King Timon and Pumba

As I said before, Timon and Pumbaa stole the show!  Yes, we get a little “Hakuna Mata” and a few other musical renditions from the two.  The duo made the original story and I had no doubt they would bring it in this remake.  Oh they brought it and had the audience cracking up with every line.  Can we talk about Pumbaa gas problem for a minute?  I mean, I can not rresist a good fart joke, or even a fart song.

Overall Thoughts on The Lion King

As I said earlier, I really enjoyed the movie.  You can not really complain about the plot itself, Disney really stuck to the original story we know and love from the animated version.  It was visually stunning, I loved the cast, I thought the CGI was incredible and the animals were totally believable and it was just FUN!  It was not perfect, as I have stated before I had my problems with the songs but this did not ruin the movie for me.  I took my 11 year old daughter with me to the screening and as soon as it was over she asked if we will be seeing it again.  I mean, that is a winner in my book! 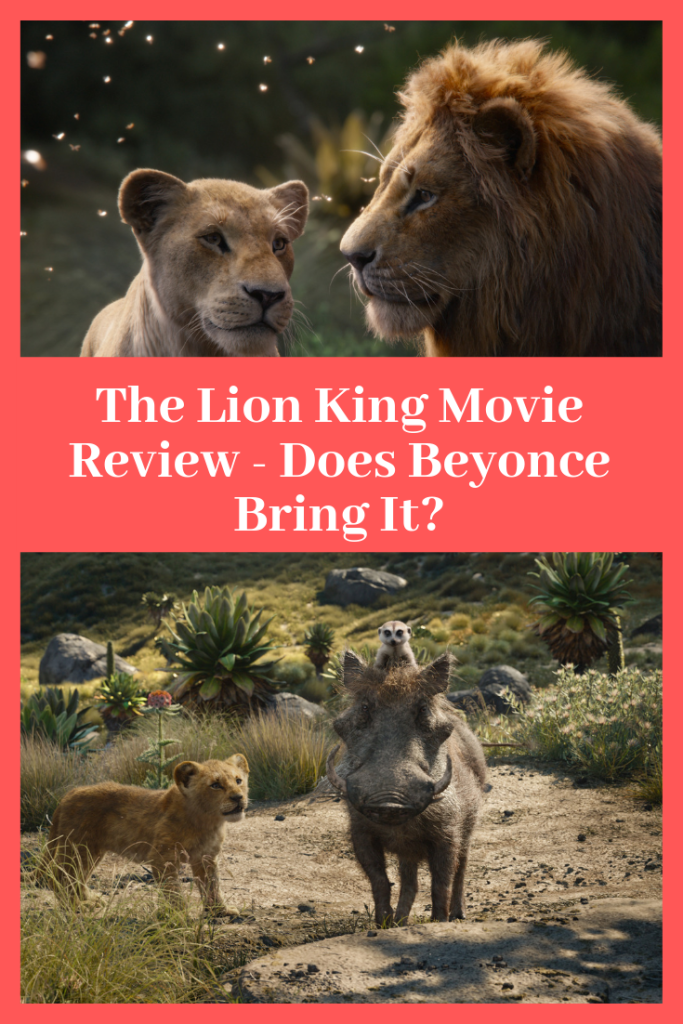