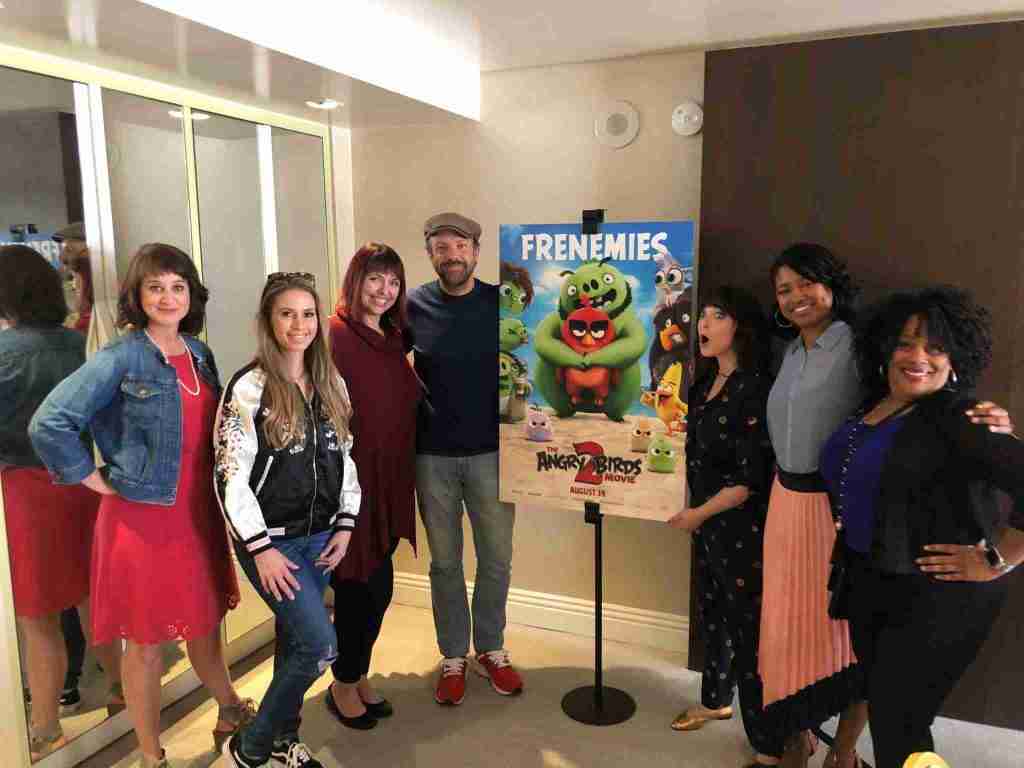 Last May I attended The Angry Birds Movie 2 in Los Angeles where I interviewed Jason Sudeikis (voice of Red Bird) and Rachel Bloom (voice of Silver – Chucks sister).  Both Rachel and Jason were laid back, friendly and the conversation flowed as if it were friends getting together over a cup of coffee.  While Jason is a vetern bird, having reprised his voice role as Red, Rachel is a newcomer to the group voicing the highly intelligent bird named Silver.  Check out my trailer reaction to the film.

Both Rachel Bloom and Jason Sudeikis have a background in improv, which was an assest in this film.  However, they did point out that some of their favorite lines were not always used.  Like when Rachel dropped one for her character Silver, “Chuck, I am not a kid anymore.  I have breasts.  And by that I mean, I’m a bird.”  And while you may agree that this line was dropped for a reason, the film is filled with funny lines and quips which is totally adult humor and may go over a childs head.  Jason pointed out similar lines from the first movie, “Drop your nuts and move your butts.” which did make it into the film but was nixed when they also wanted to market the doll to say the same. 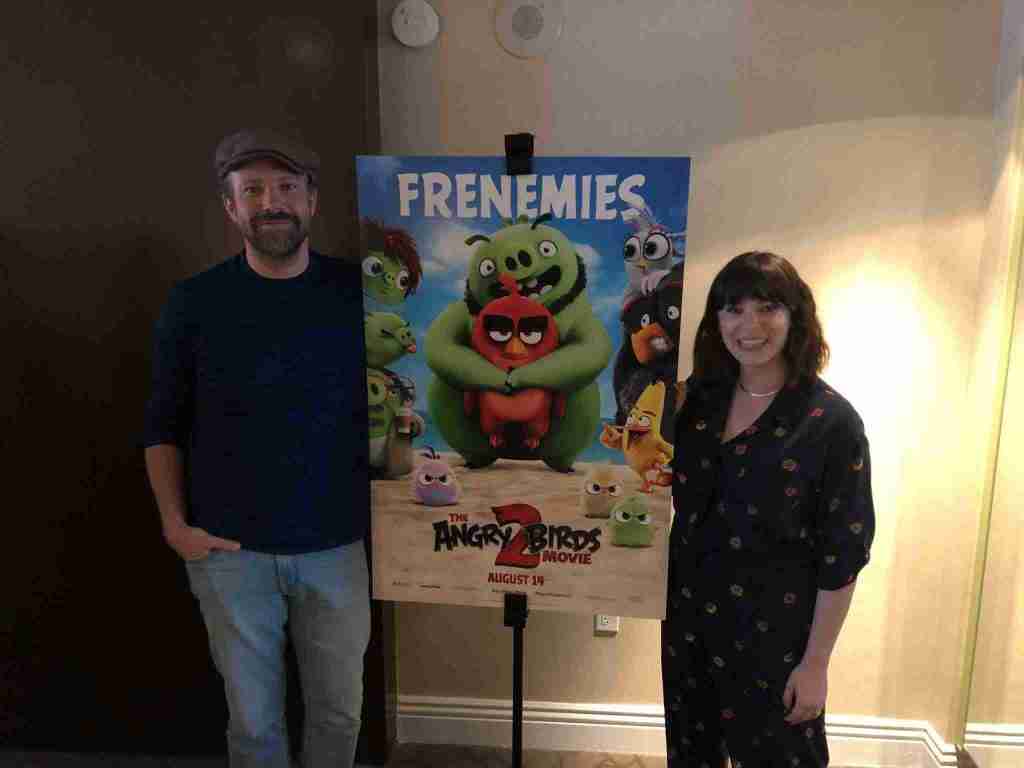 So where did both Rachel and Jason learn these skills of improv?  Both credit starting out at a very young age.  Jason stated, “I was always aroud funny people.  In 6th grade we got a video camera and we would make skits.”  However, acting was in Rachel’s genes, “My grandpa was an amateur stand up comic and encouraged me to do theater.  He started making me sing from a young age and my mom video taped every second of my childhood.  When I was 30 she tranferred them to DVD and gave them to me, 72 dvds!”

Of course we had to ask Rachel about her character Silver, Chucks sister who is an incredibly fast thinker (as Producer John Cohen stated).  Silver is in the STEM field and has become a stand out role model for young boys and girls in the film.  Rachel stated, “As a little girl, you look for any girl characters and when I was growing up, they were few and far between.  The idea that there are little girls that would see this film and think ‘Oh I could be an engineer and I could be really good at math and science.’ is aspiring and so awesome.  Because we need more women in STEM fields and we need them not to be afraid to go into these fields.”

The Angry Birds Movie 2 is NOW in theaters!