Dora And The Lost City Of Gold Movie Review

Dora And The Lost City Of Gold comes to theaters across the nation on Friday, August 9th.  The live action film is based off the widely loved cartoon Dora The Explorer.  The film totally plays homage to the cartoon, with Dora having that high pitched overly friendly tone and even talking to the camera a couple of times to repeat “delicioso” in Spanish.  Dora (Isabela Moner) has grown up in the jungle with her only friends being her pet monkey Boots and exploring parents (Eva Longoria & Michael Pena).  When Dora goes on an extra dangerous exploration and comes across clues to the whereabouts to the “Lost City Of Gold”, her parents decide this exploration is too dangerous for her and sends her off to the big city while they follow the clues.

Dora stays with her family in California, which includes the cousin we all know and love Diego (played by Jeff Wahlberg, nephew of Mark Wahlberg).  Diego left the jungle when he was younger remembers much about it, including his and Dora’s adventures.  However, the big city and especially High School has jaded him and when he finds Dora much like he remembers her with her back pack full of surprises and skip to her step, he tries to stay clear in fear of being made fun of.  Dora does not let the teasing of High School students stop her positiveness now her awesome dance moves, and just sets up to “be who she is” even if that brings the wrath of mean teenagers. 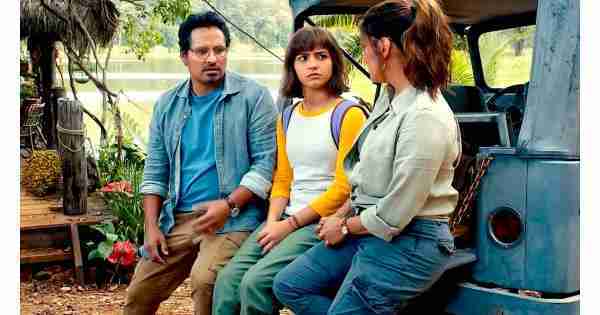 On a school field trip, Dora is kidnapped along with her cousin Diego and two classmates, and brought to the jungle where her parents were searching for the Lost City of Gold.  Dora is in her element and guides her classmates through the jungle on a mission to find her parents and bring them home safely.

These days it is hard to find a film that is wholesome and friendly for all ages of kids.  This live action Dora movie is much like the cartoon and keeps it super family friendly.  That means no bad words, no adult situations, the worst you will get in this film is some fart and poop jokes and maybe even a song for each.  I love the fact that the film stayed true to the wholesome feel.  There are a few scary situations but none which would freighten young ones, think of Raiders of the Lost Arc adventures when “jungle puzzles” are solved and if they are solved wrong, you might be met with spikes to ones death.  But rest assured, it is all kept light hearted and tehre are no grumesome scenes to worry about. 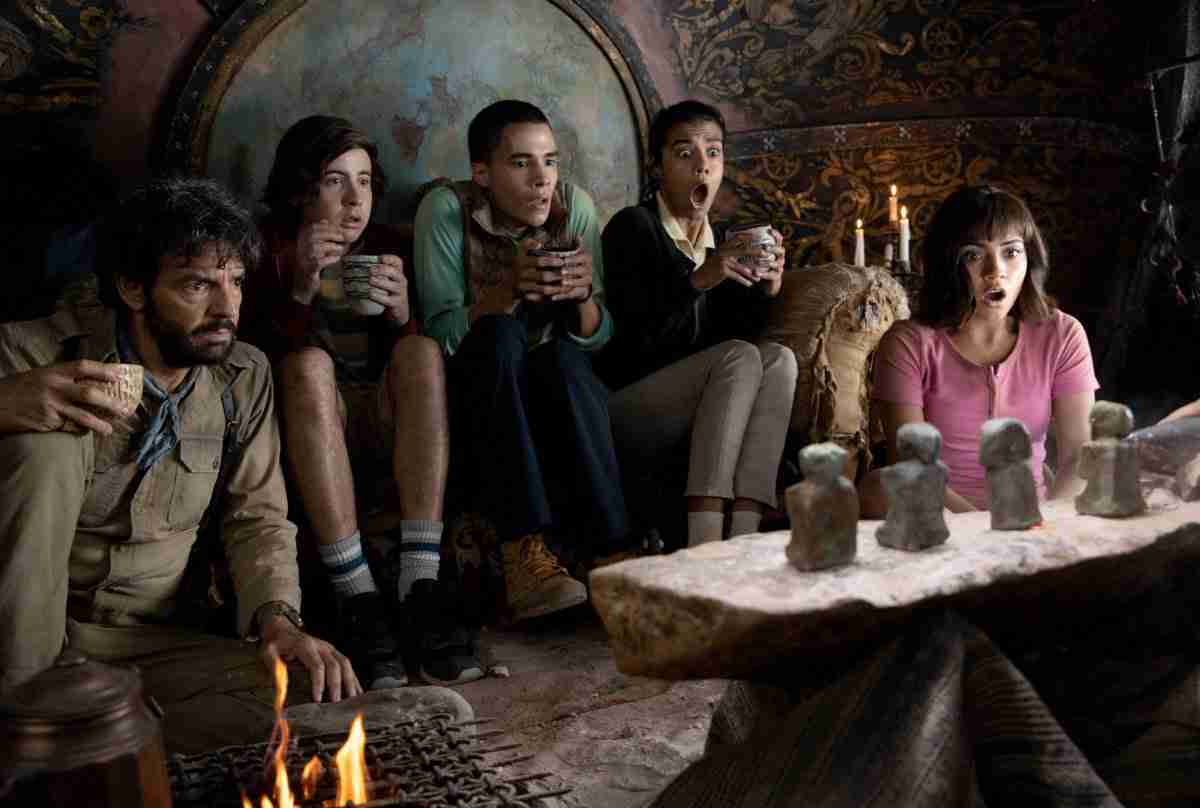 All and all, I really thought I was not going to enjoy the movie.  My kids loved the cartoon but when Dora came on the TV, my ear buds would go in.  Doras chipper voice and corny songs never appealed to me.  So, why did I love this movie so much?  I thought the way the movie portrayed the Dora character living in the jaded “real world” was clever and gave many opportunities to make fun of itself.  Yes, they kept the corniness but the cornier it got, the funnier the movie was.  And of course, the message of being oneself and true friendships resonated throughout the film.  Yes, I thought it was full of cheese and cornier than ever but I also thought it was totally adorable and I will watch this one again! 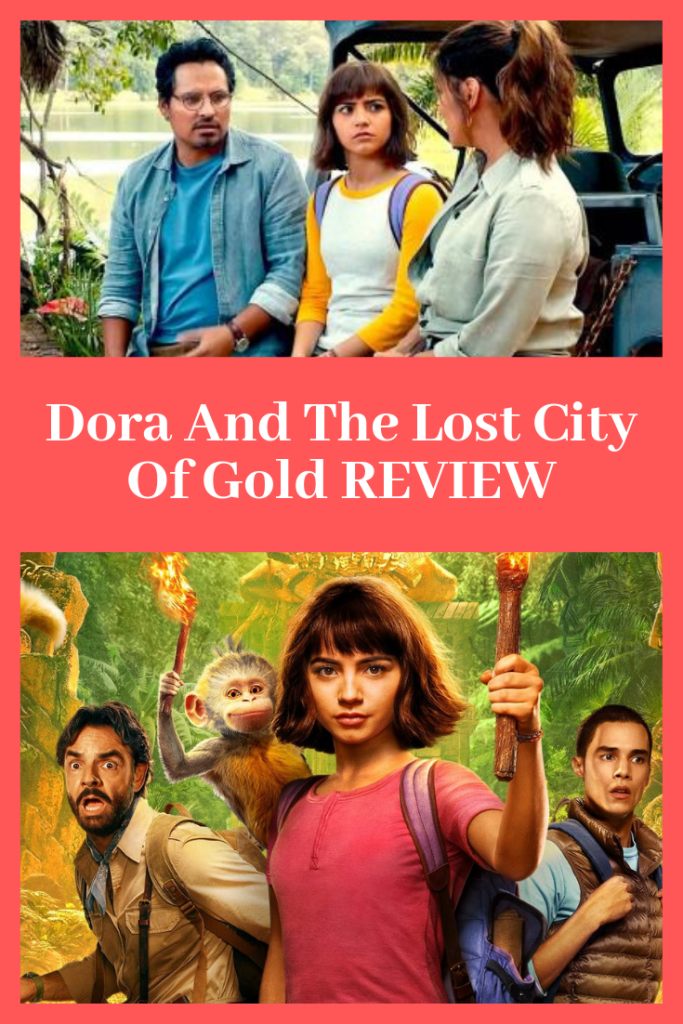