During the Disney+ panel at the D23 Expo, Marvel Studios released more details on the upcoming series WandaVision.  Paul Bettany returns as Vision and Elizabeth Olsen as Wanda Maximoff, they play two super-powered beings living their ideal suburban lives.  Attendees got a sneak peek of a “strange clip” flashing back and forth from Vision & Wanda living a normal suburban life to scenes from the Dick Van Dyke Show.  The series, which hasn’t begun shooting yet, was described as a funny classic sitcom with Marvel Cinematic Universe mixed in. 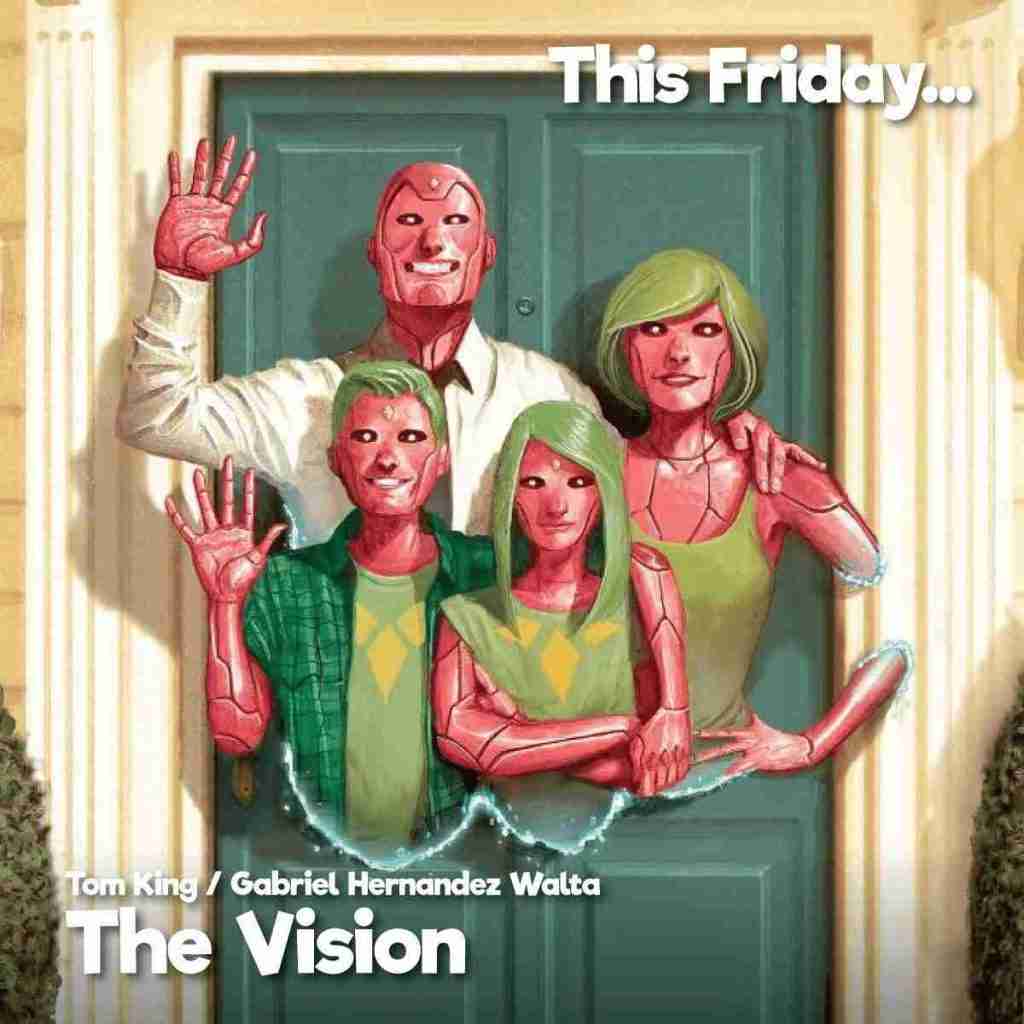 Disney’s WandaVision Based Off The Tom King Comics The Vision?

The WandaVision series sounds slightly based off of the Tom King comics The Vision, one of the most celebrated comic books of the century.  In The Vision, Vision wants to be human, live a “normal” life and wants a family.  So he heads back to the beginning, to the laboratory where Ultron created him as a weapon.  There he rebels against his given destiny and creates a normal life, which include a wife and kids. He makes them in his image, with his powers and his great need to be ordinary. The story is one of togetherness and tragedy, one that also leads to a devastating confrontation with Earth’s Mightiest Heroes.

The fact that The Vision comic book series includes other “heroes” and Kevin Feige announced that Kat Dennings and Randall Park will reprise their roles from “Thor” and “Ant-Man and The Wasp,” leads one to further speculate that the new series is indeed based off the comic. “WandaVision” premieres on Disney+ in 2021.