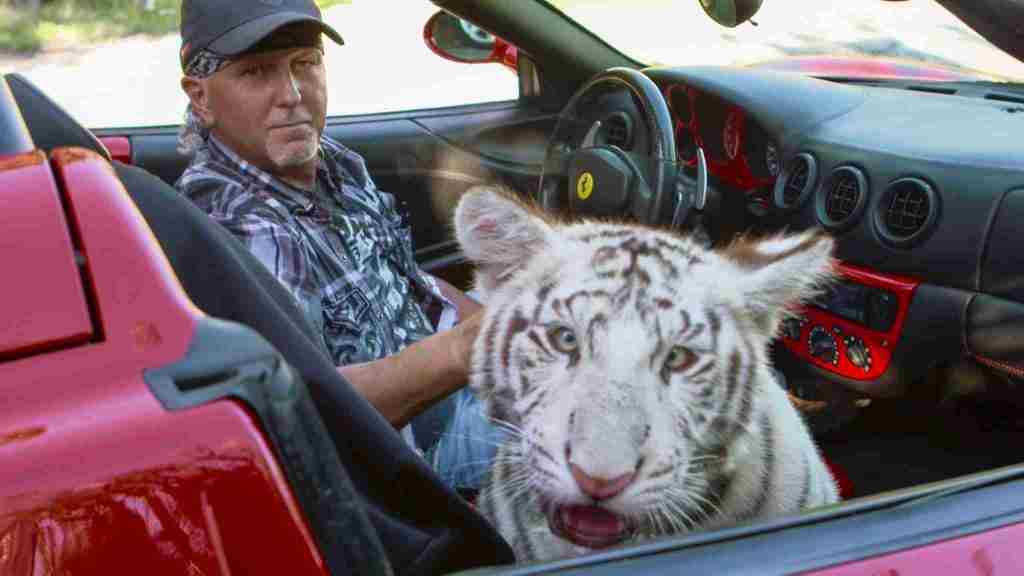 If you haven’t heard of Netflix’s Tiger King, then you must be hiding in a hole because it is the most talked about show there is!  Even Donald Trump was asked about Joe Exotic recently in one of his press conferences.  The show is so popular, that Netflix released a Tiger King After The Show special with Joel McHale hosting.  McHale interviews Erik Crowie, Joshua Dual, John Reinke, Saff, Rick Kirkham and Jeff lowe in the special and we get a more indepth look at Joe Exotic.  Check out some of the most revealing Tiger King After The Show quotes!

Tiger King After The Show Quotes

Did you wash your glorious hair today? –Joel McHale

Those cats trust me til the end. –Erik Cowie

The nanny is excellent. –Jeff Lowe

I think they tried to sensationalized it the story a little bit to give it a villain. And the villain is right here. –Jeff Lowe

He’s the sweetest hitman you ever want to hire. –Jeff Lowe on Alan

Joe was his own worst enemy. –Jeff Lowe

There is no question in my mind that she did it. –Jeff Lowe on Carole Killing her Husband

You are a star, not me. –John Reinke

Animals don’t give you any crap. –John Reinke

I’m sure I’m going to go back to court because of this. It’s not over. –John Reinke

I’m the happiest I’ve ever been in a long time. –John Reinke

Everything I sacrificed was for the animals. –Saff

Joe always had a way of explaining his actions. –Saff

I think justice was served, but I still don’t want to see that man die in prison. –Saff on Joe

He was batshit crazy. –Joshua Dual 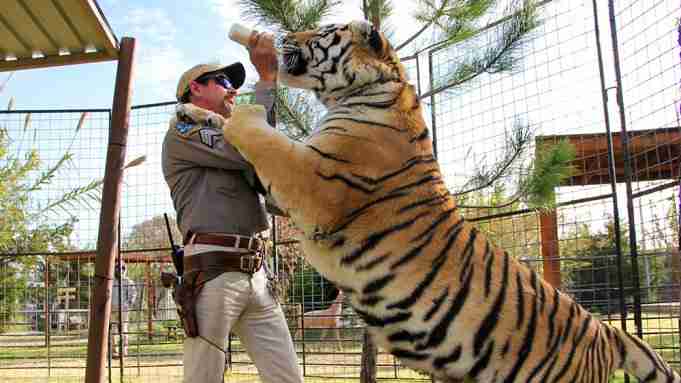 He was telling me about his gun, he said you know a Rugar won’t fire without a clip. –Joshua Dual

I was looking at him in the eyes when he did it, I could see the surprise and fear in his eyes. –Joshua Dual

He is loving every minute of it. –Joshua Dual On Joe

I don’t know anything about that. –John Finlay

That is not him singing. –John Finlay On Joe Singing

I was portrayed as a drugges out Hillbilly. –John Finlay

When my daughter was born I decided to never touch another drug again. –John Finlay

Nothing compares to this series. –Rick Kirkham

About 3 months in, I began to see him do things to animals that I knew was wrong. –Rick Kirkham

I saw him shoot two tigers. One because he was pissed off at a tiger. –Rick Kirkham

Joe was terrified of big cats, he was scared to death of lions and tigers. –Rick Kirkham

He asked me to kill Carole one time. –Rick Kirkham

I too was sucked in to the surreal world of Joe Exotic. –Rick Kirkham

I still have nightmares. –Rick Kirkham 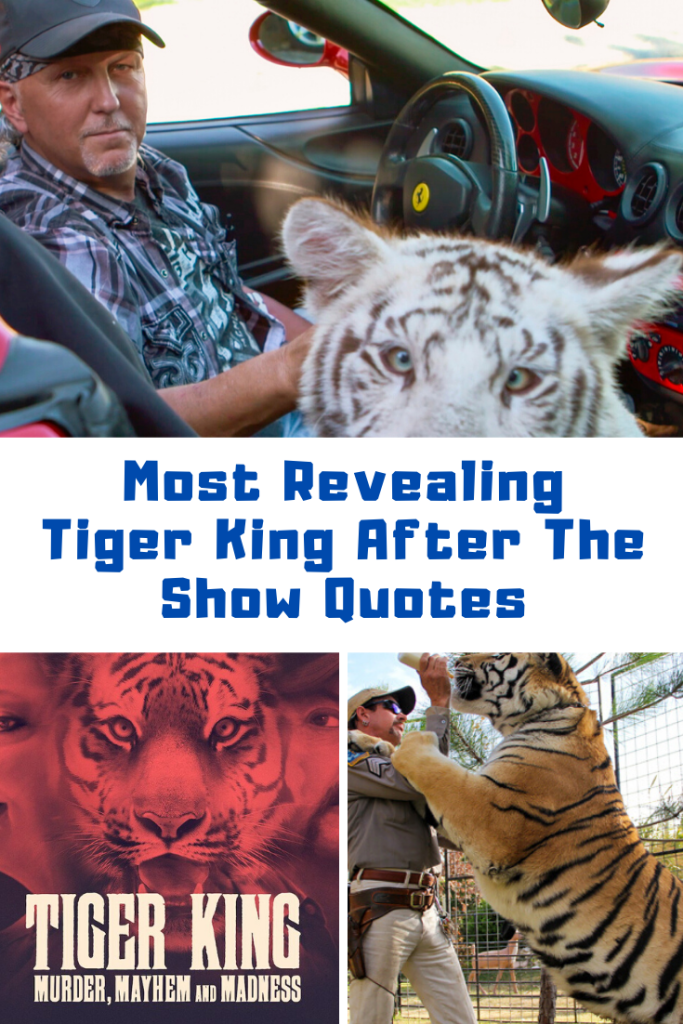