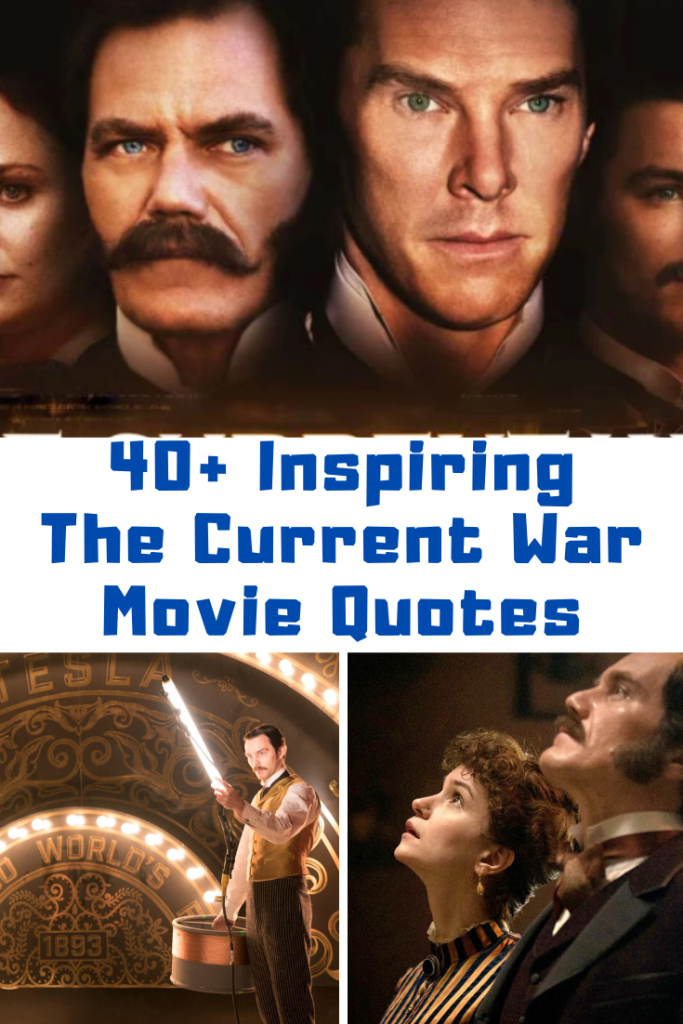 On a whim, I recently rented the movie The Current War, starring Benedict Cumberbatch.  It is the story of Thomas Edison and the race to light up the world in home across the United States.  I was shocked by just how much I LOVED the movie.  In fact, I liked it so much I had the kids watch it for a little lesson in History.  I am not sure how closely the movie tells of the exact History but it did introduce some prominent figures that have enhacned technology through the years.  I am jotted down some inspiring quotes from the film.  So check out this list of some of the most inspiring The Current War movie quotes!

I hope you brought your checkbooks. –Thomas Edison

One device I will never build is that which takes the life of another man. It is barbaric. –Thomas Edison

Let me make you so rich, you will look back at this moment and wonder “Why was I so disgustingly poor?” –Thomas Edison

He engineers his own reality and he looks for needles in a haystack. –Franklin Pope

He could be the richest man on Earth but he doesn’t give a damn about money. –Franklin Pope

How about I don’t give you what you want but you give me everything I want? –Thomas Edison 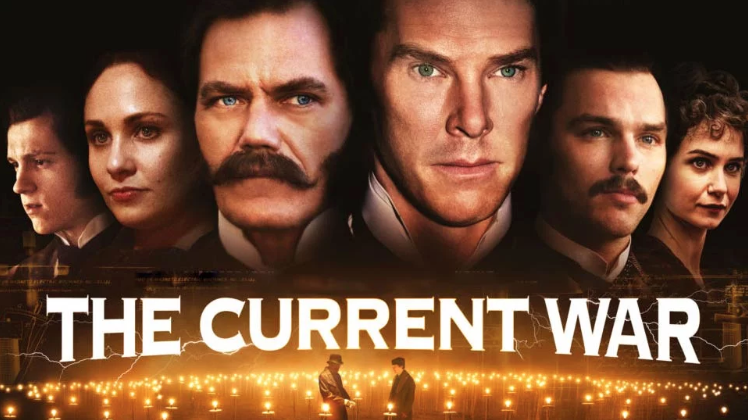 Look I’ve got to be honest, this might not work. –Thomas Edison

If you are going to rip off Edison, rip him off right. –Franklin Pope

I don’t think it can be done, because he would’ve already done it. –Franklin Pope

My Paris office thinks you are the only man to rival me. –Thomas Edison

I’ve tried to find a way to stop his brain but it just runs and runs. –Mary Edison

He was a dashing inventor and I worked for him. –Mary Edison

I love you more than anybody has ever loved anyone before. –Thomas Edison

Which Hiram stole from me. –Thomas Edison

This technology is within your grasp. –Nikola Tesla

I won’t use this brain to invent anything that will hurt people. –Thomas Edison

What your wife needs, no man can build. –Dr. Grandoff

I will make ours so cheap, only the rich will burn candles. –Thomas Edison

I build miracles and you continue to give me as much damn money as I want. –Thomas Edison

His death was so calm, you could call it poetic. –Robert Lane

It’s currency. And that’s the only motor I am interested in. –Warden Durston

I can take a beating but I have no patience for shoddy craftmanship. –George Westinghouse

If you prefer to leave a legacy, you leave the world better than you have found it. –George Westinghouse

There is one thing that always beats justice, fame. –Reporter

The fair must be alternating, it must be my motor. –Nikola Tesla

Niagra is the proof one day we may detach power from profit. –Nikola Tesla 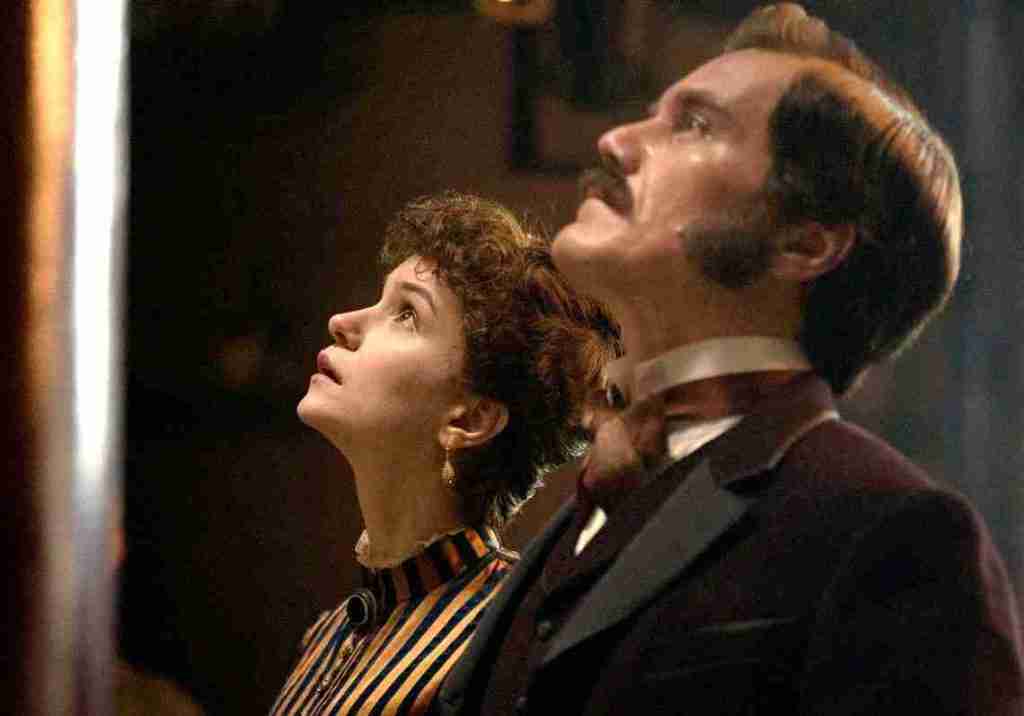 I stole the letters linking Edison to the death chair. –George Westinghouse

Edison Electric, it has to be. Edison and electricity are synonymous, Morgan. –Thomas Edison

On the contract, it just says General Electric but I’ll think of something. I can be creative, too. –J.P. Morgan

He said they’d keep your name attached as long as you didn’t pursue action or speak negatively to the press about the merger. –Samuel Insull

You’re me but a human being. –Thomas Edison

So your only real job is to look dreamers in the eye and promise them magic. –Thomas Edison

Was it true you were born during a lightning storm? –George Westinghouse  It is true. –Nikola Tesla

They designed the cylinder so the hammer doesn’t have to sit in an empty chamber. The problem is, despite all the advantage of the Remington, it doesn’t fix the fact that you just dampened your gunpowder. –Soldier Westinghouse

This is what is going to do for the eye, what the phonograph did for the ear. –Edison

I believe I am going to a better place. –William Kemmler

We live in a higher civilization from this day. –Mayor Creiger

Atleast they will never use it again to kill someone. –Thomas Edison 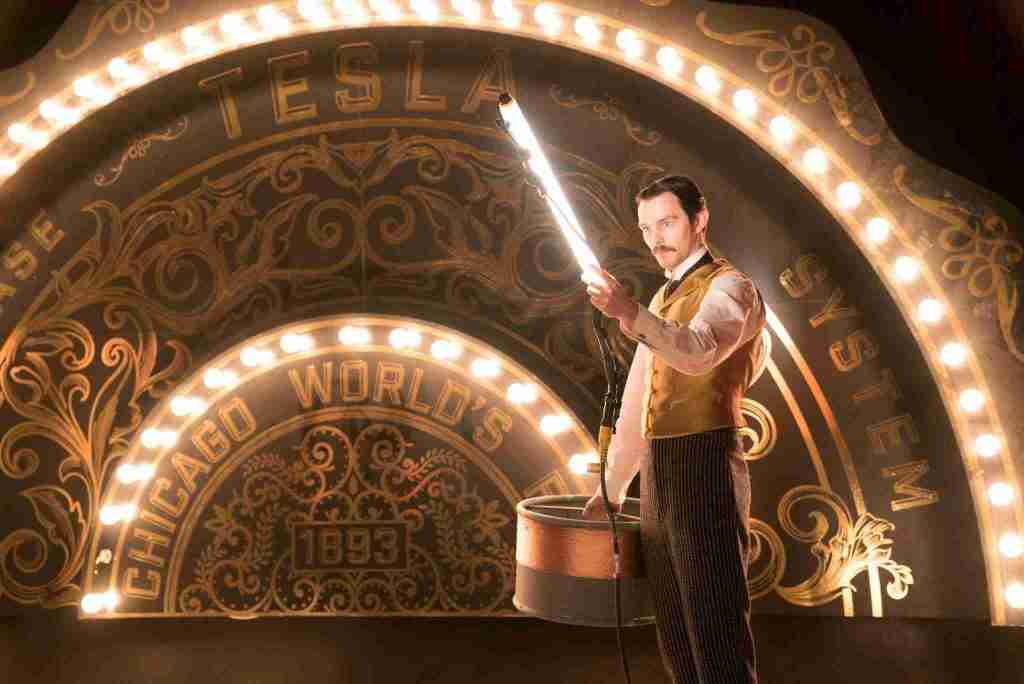 You know, I think the solution is to divide the cost of the fence. Or you could not build a fence at all. Your garden would be twice as big. –George Westinghouse

Our ideas. They are what we leave behind. –Nikola Tesla