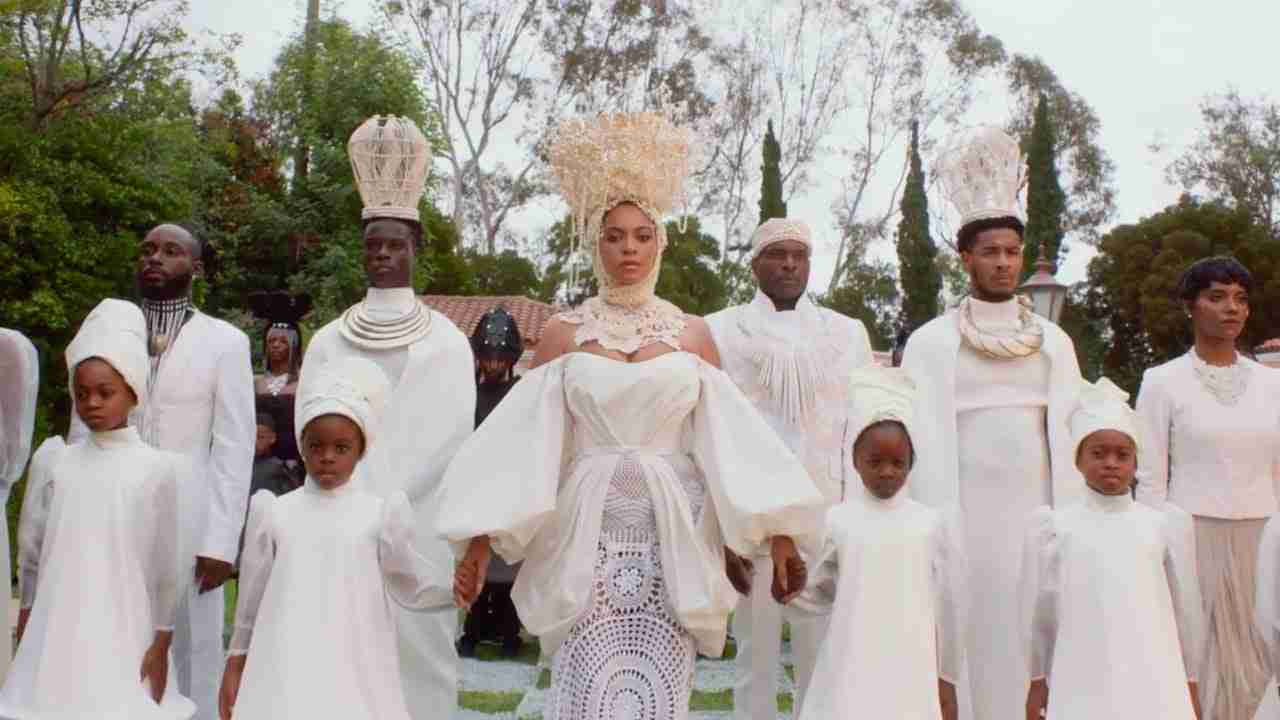 Black Is King is a visually stunning, music brought to life, masterpiece. Beyonce gives “The Gift” of showcasing talented artists from around the world while guiding viewers on a spiritual journey through music and imagery. 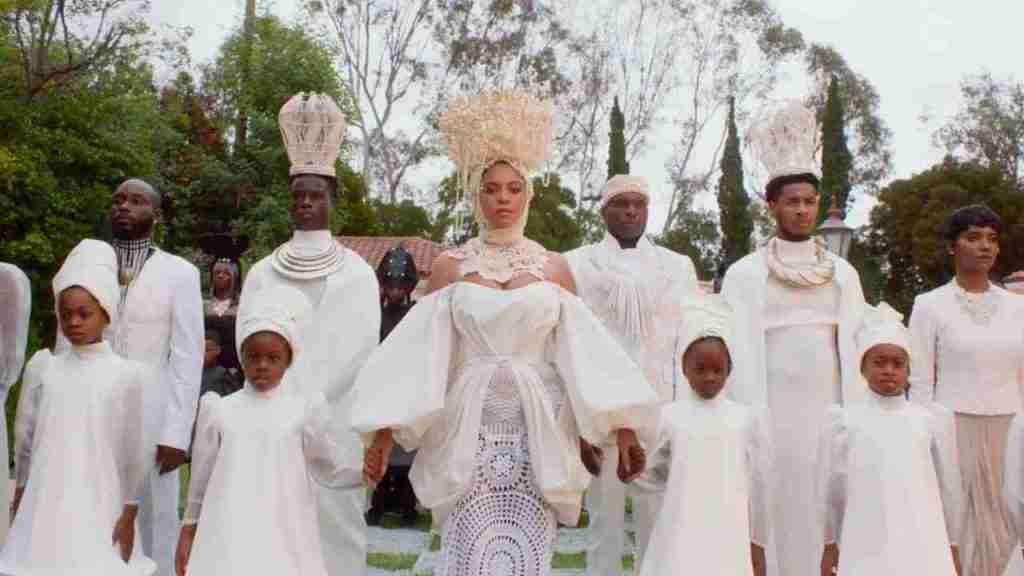 Beyonce wrote, executive produced and directed Black Is King, which is now streaming on Disney+.  She describes the film as “a love letter to Africa” and it showcases untapped artist from around the world.  The film is a companion piece to her album recorded last year The Gift and it incorporates music with the African spirituality that was stripped away from the ancient people before religions were formed. With appearances from Jay-Z, Blue Ivy, Kelly Rowland, Lupita Nyong’o and even model Naomi Campbell, Black Is King shines light on the beauty of blankness.

Check out my favorite Black Is King quotes.

Why White People Need To Watch Black Is King

For years white people have “stolen” black culture and made it their own.  Yeah I said, but am I wrong?  Some will say it is cultural appreciation when we see white artists, like Elvis Presley, copying the styles of their black counterparts. Or when we see a Kardashian wear cornrows in her hair, we admire and appreciate the beautiful fashion statement, but I digress.  Is it cultural apprepriation or appropriation?  You see, we as white people can’t claim we are appreciating black culture when we call Elvis Presley the King of Rock, praising his top chart hit Hound Dog, without also recognizing blues legend Willie Mae “Big Mama” Thornton.  Heck, we even admire the works of Pablo Picasso but do any of us white people actually realize his paintings are simply copies of ancient African art? I bet not. 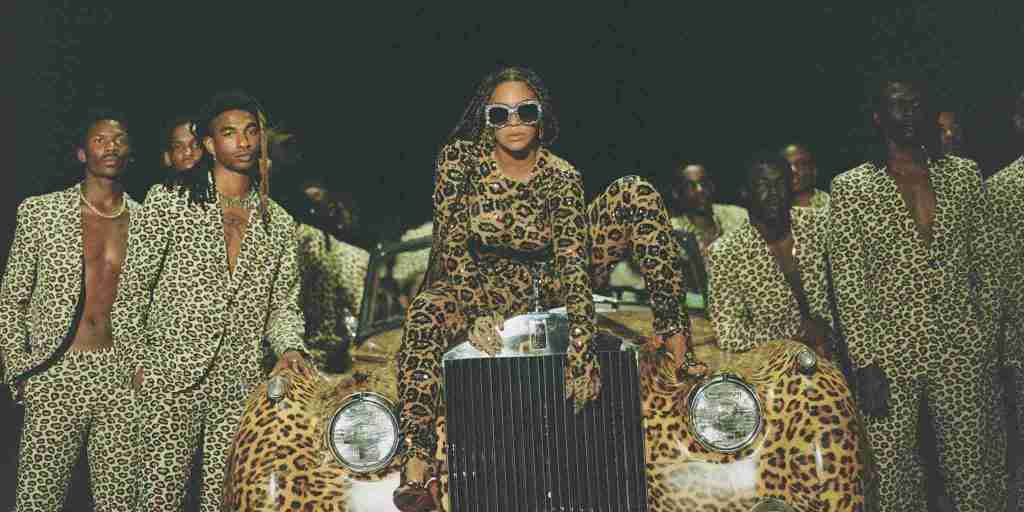 “We were beautiful before they knew what beauty was.”

How can we as white people truly appreciate black culture when we have had white washed history shoved down our throats for years? If anyone can lift our white masks and help us see the beauty that is blackness, it is my girl, the Queen, Beyonce.  In Black Is King, Beyonce takes us on a journey beginning at the very beginning.  She educates us using music and imagery to teach us African Spirituality.  All the references to water and nature comes from ancient beliefs that we are all born spirits from the universe and we are the stars in the sky.

From there we recognize the classic Disney story The Lion King but with a twist of our times.  We watch as Simba’s journey turns into a powerful statement about black identity and pride.  With James Earl Jones as Mufasa declaring, “As King I was most proud of one thing, having you as my son. I never left you and never will. Remember who you are. Remember.”, followed by Beyonce’s flawlessly blending of words, “I see us reflected in the world’s most heavenly things. Black is King. We were beautiful before they knew what beauty was.”

Black Is King is a much needed film that goes beyond standing up for the equal rights of black lives, it is a powerful declaration of black pride and the beauty of blackness. “Let Black be synonymous with glory,” Beyonce declares, as she goes on to say, “You can’t wear a crown with your head down.”  And with that, let us white folks sit up, listen, and appreciate The Gifts our black brothers and sisters have bestowed upon us. 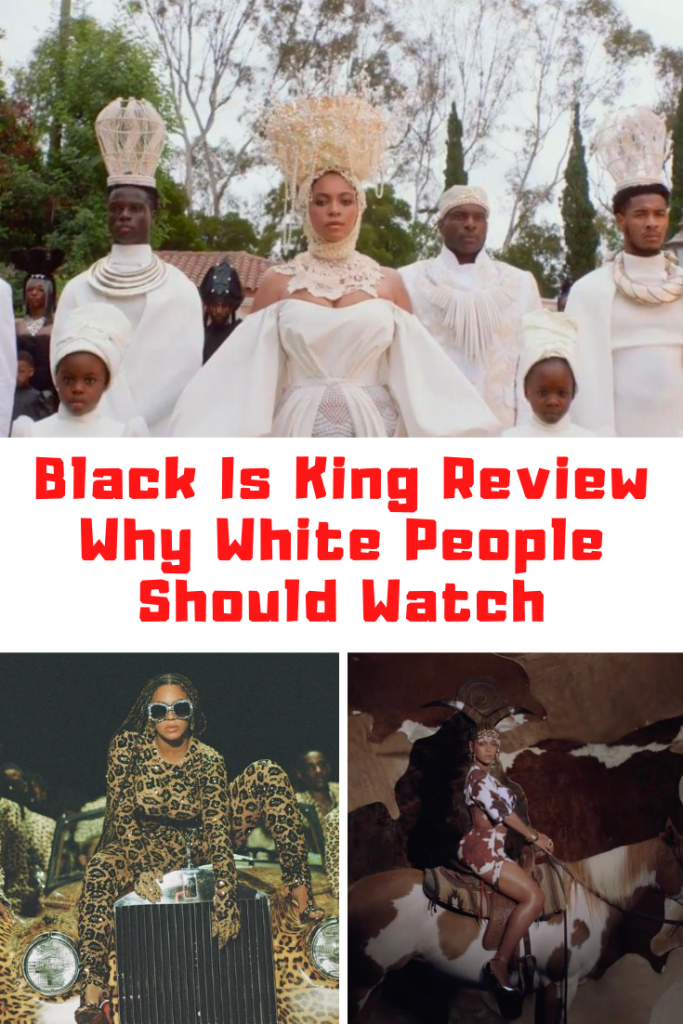 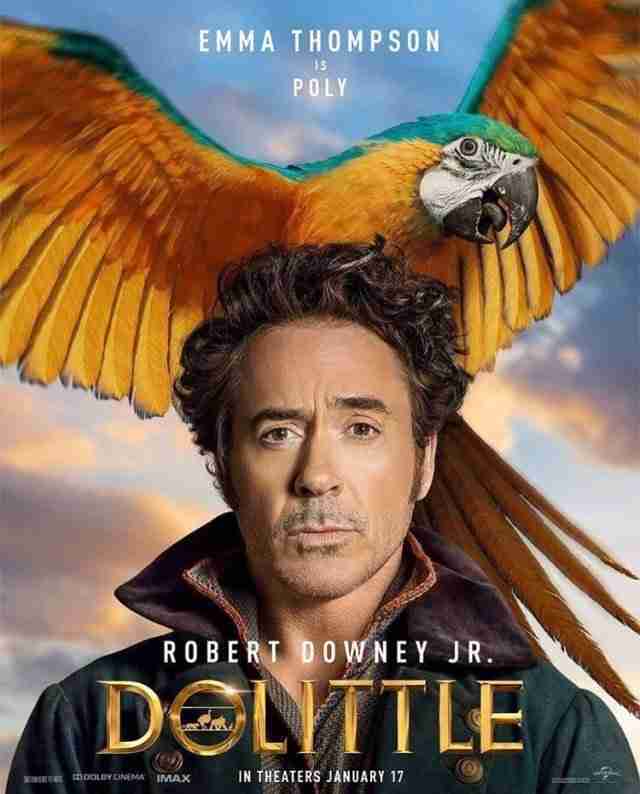 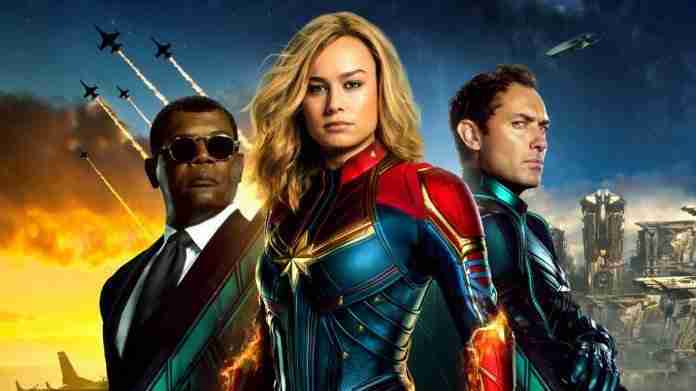