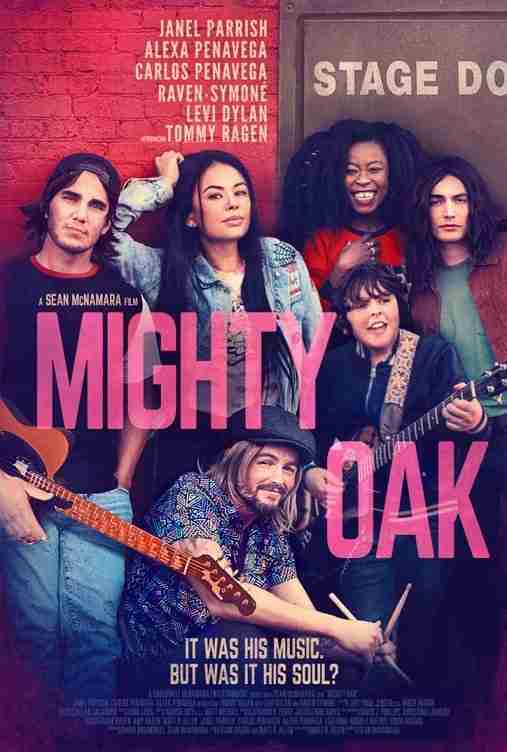 Mighty Oak is a heartfelt story about family, love and loss. Add in some original songs by Tommy Ragen, this is one the entire family can enjoy together.

I get so tired of predictable films, I can not tell you how many times I start watching a movie and have already figured out the plot and the so called “twist” ending.  Mighty Oak is not one of those predictable films, in fact at every turn I was taken aback by just how unpredictable the plot of the story is.  The story is one my entire family enjoyed but it does touch on sensitive topics such as death, drug use and rock and roll.  Maybe the last one isn’t that “sensitive” of a topic but I did enjoy the fun beats throughout.

The story begins with the introduction of the band Army Of Love.  After the sudden and tragic death of lead singer Vaughn (played by Levi Dylan), the band is torn apart physically and emotionally.  Fast forward 10 years later, the band is no longer together, the members who were once close hardly see eachother and Vaughn’s guitar is hung as a memorial at their local hangout. 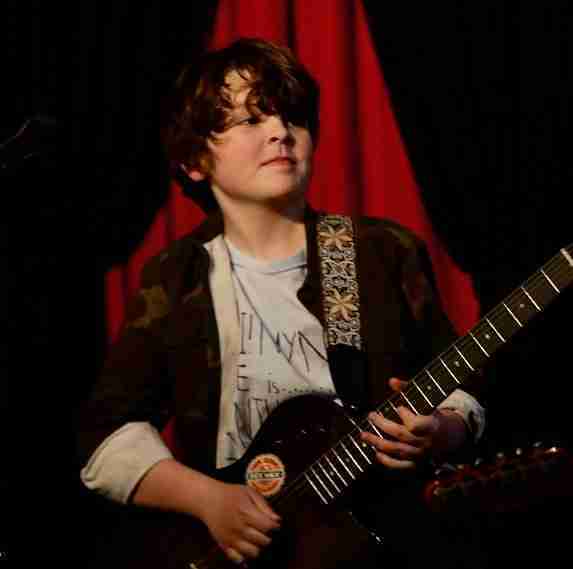 Enter Oak (Tommy Ragen), a 10 year old boy who moved into the neighborhood with a talent for music and a mother who is never around.  He has no money, so he is given Vaughn’s guitar to practive with and the band (sort of) gets back together united in music.  Oak is so good in fact, Vaughn’s sister is convinced that Vaughn has been reincarnated as Oak.

And remember that part about twists and turns?  Well, I do not want to get too indepth on the plot but I will tell you, there are some surprises that will shock you at the end of the movie!  Even if you know they are coming, you will never be able to guess the shocks and surprises in this story! 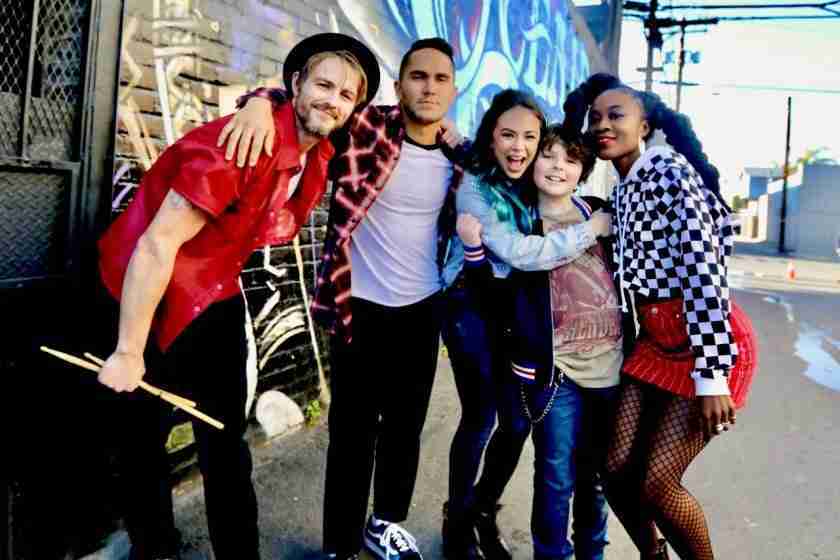 I really enjoyed Mighty Oak, it is a fun heartfelt film that will make you laugh one minute and cry the next.  My favorite was Darby (played by Ben Milliken), he wasn’t in too many scenes but the scenes he was in had me cracking up!  He definitely brought the comic relief.  And I was surprised by just how much I enjoyed the music.  This is a refreshing film that is a little something different to enjoy.  I sure did!