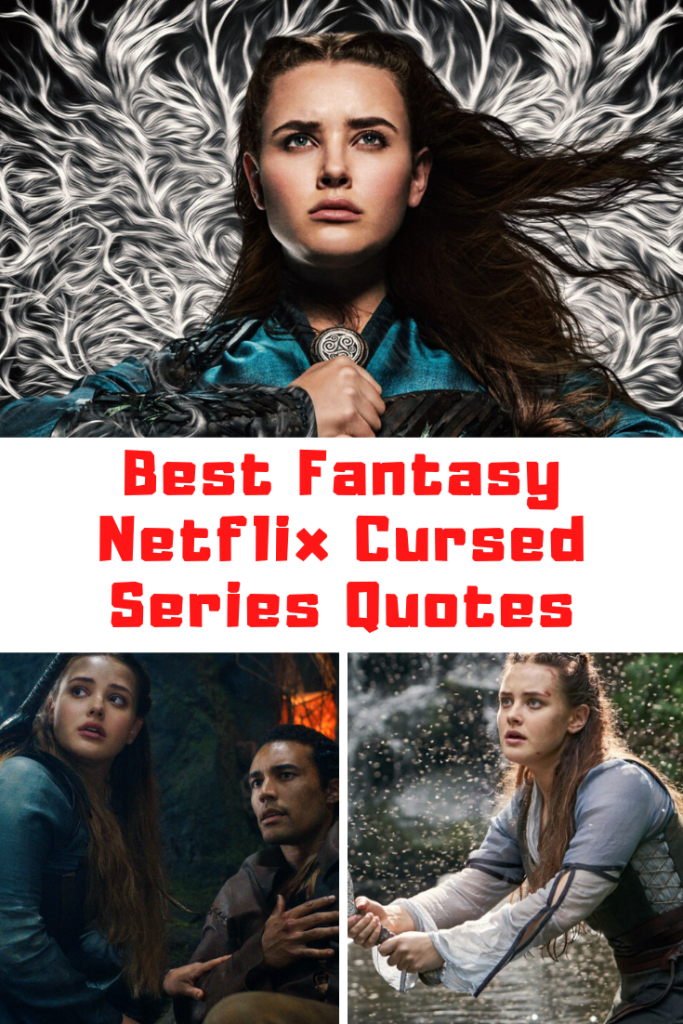 A new Netflix fantasy series has dropped this weekend called Cursed and it will delight those fantasy lovers everywhere!  The series stars Katherine Langford, who will also know from the Netflix series 13 Reasons Why.  As you can imagine, the series brings some awesome quotes and like I always do, I jotted down a bunch of my favorites!  So, check out this list of the best fantasy Netflix Cursed quotes from the new series!

Where to begin? With water? Or with fire?

You are cursed, Nimue. It’s in your blood child.

Never be ashamed of what you are.

Did I raise you to suffer fools or to lead?

The Hidden have chosen. Nimue is the new Summoner.

It isn’t a question of what you want or what I want. The will of the Hidden is clear. The power is a gift and should be used to guide and serve your kind. 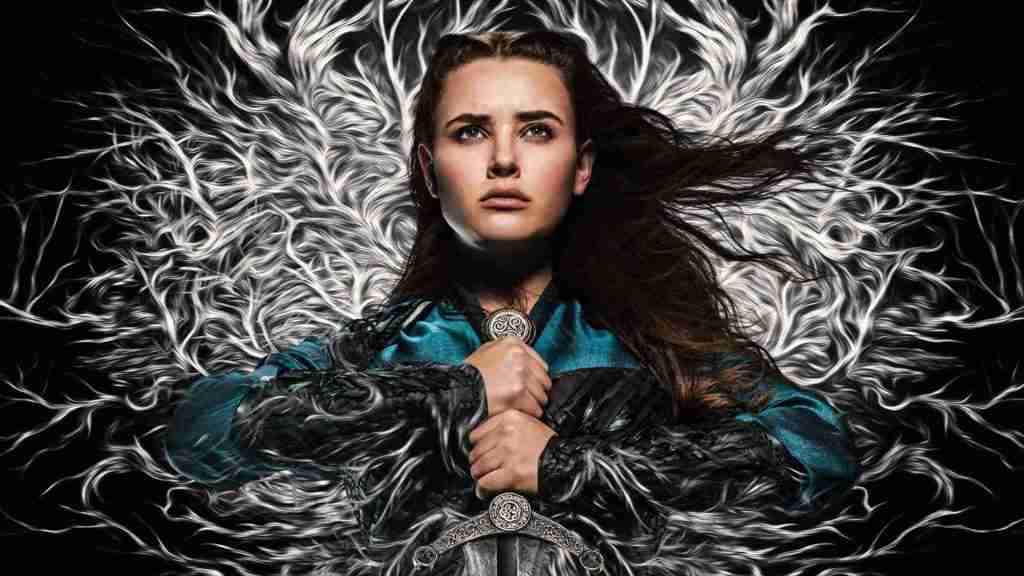 God is love. It is a love that purifies, sanctifies, and unites us. And today, God smiles. Because we’ve done his work today.

The demons wear many faces, they don’t want to be found. Some of their faces are scary ones. Some are shy. And some are very young.

A Carpathian king once sent 400 assassins to claim my head. Dacians. I burned them all in a lightning storm that lasted seven whole days. Tell Lord Gray River I’m insulted by this paltry show of force. Or better yet, I’ll send you back as a mole rats to convey my displeasure.

We should give thanks my brothers, for this opportunity to show our resolve in the face of such treachery.

I love you more than anything.

We do not drink to the rain. We drink it.

That is the rain that fell upon the castle.

Anyone haboring this wolf blood witch, will burn with her.

You are not some fragile maid. You are a warrior and you are strong.

Has the Widow finally come for me? After all this time?

Whosoever wields the Sword of Power shall be the one true king.

The world needs Merlin, not this piteous creature you’ve become.

Sometimes a man needs courage not to kill.

And by the glory of God this land will be cleansed.

I won’t tell anyone. Not because I am afraid of you, because you have done nothing wrong.

I’ve lived too long. Seen nations spark and thrive and fall. Seen great art succumb to the cruelty of time. I’ve known love and tasted its bitter tears time and time again. After a while, you forget what wonder feels like. But this? This can almost taste like wonder if I drink enough.

You must not destroy the sword with the Fey fire.

Your father was an embarassed and a fool. But you are something worse, a criminal without a shred of honor. You and Tor can rot in hell together.

Take me to your king.

Perhaps Uther has finally realized what we have long suspected, that you have lost your magic.

They prefer to be called the Fey.

This is me Arthur. The thief, the liar.

Help me. Give me your power.

Displease me again and my Trinity will assume command of your Red Paladin army. Be advised Father, my Trinity have many Godly virtues. Mercy is not one of them.

My mother was high prietess of our clan. My father was our healer.

If I burn, I will not burn alone.

But Margirite can find anything, even traitors.

The age of Wizards is over, Merlin. 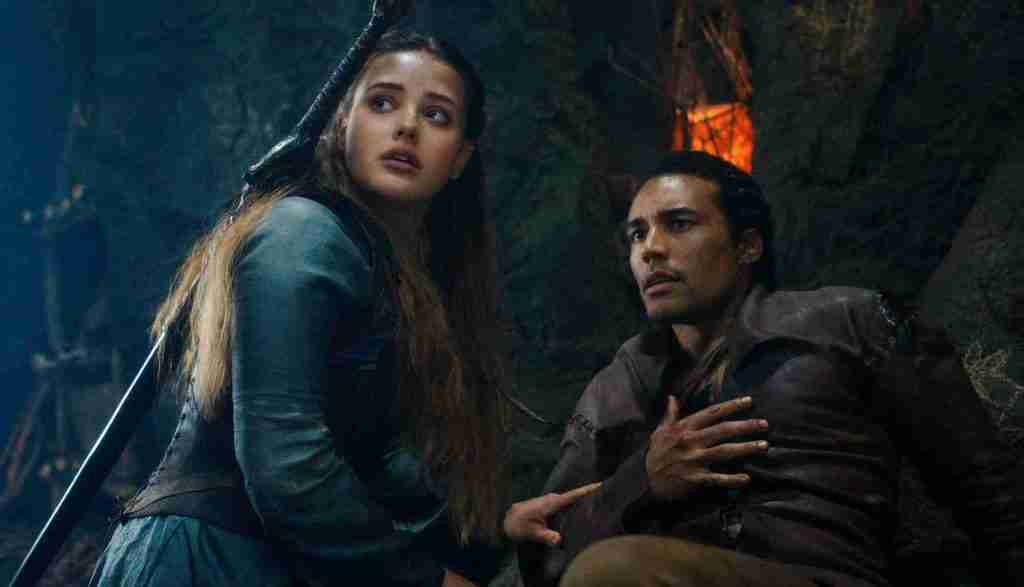 Merlin the magician you are hereby sentenced to die for the crime of treason against our person.

Your honor was never lost Arthur, but if you want to stay, I want you to stay.

The Green Knight saved me.

This is also known as the sword of the first kings. Uther Pendragon will want this sword. And if History is any guide, then he will promise the world and then leave the Fey at the mercy of the Red Paladins.

And you’re the wolf blood witch. Dreaded wielder of the devil tooth.

The Fey have blended into the wood, my son, but even demons must eat. We know they forage off the farms of the Minotaur, so if they will not reveal themselves, then we will starve them out. Burn their fields. Scourge their farms. Until they panic like cattle to the slaughterhouse.

You may die outside if you wish, but not in the house of the Hidden.

She harbored a fugitive? My tidy mother, who never broken a rule. She had secret desires and she acted on them. I could have trusted her to know me so much more than I let her.

I sat in that tree and watched as they tortured my brother to death. Because if I had surrendered, there would be two dead Fey Guard instead of one. They kill prisoners, women, children. A water snake has more soul than a human being. So if you get the chance boy, kill as many as you can.

It was your blade? I thought some enemy buried it in you.

Sword or no sword, those enemies will eventually find you and try to kill you. Do not stand at the nexus of another war over that wretched weapon.

It was the sword that corrupted you. It took you away from your core.

If you love me, let this be the last time I see your face.

That is my true intention if you must know. To melt it in the ancient Fey Fires where it can harm no one ever again.

I’ve been told to say if you wish to seek vengeance on that fallen Shadow Lord, then my lord will fill ten trunks with gems for you.

Not all demons know they are demons. When the Cailleach first met the Celts, maybe she didn’t yet know her true nature.

Every second you hold that sword, the danger to your life increases. Revenge took ownership of me. It will do the same to you. Because you’re my kin. 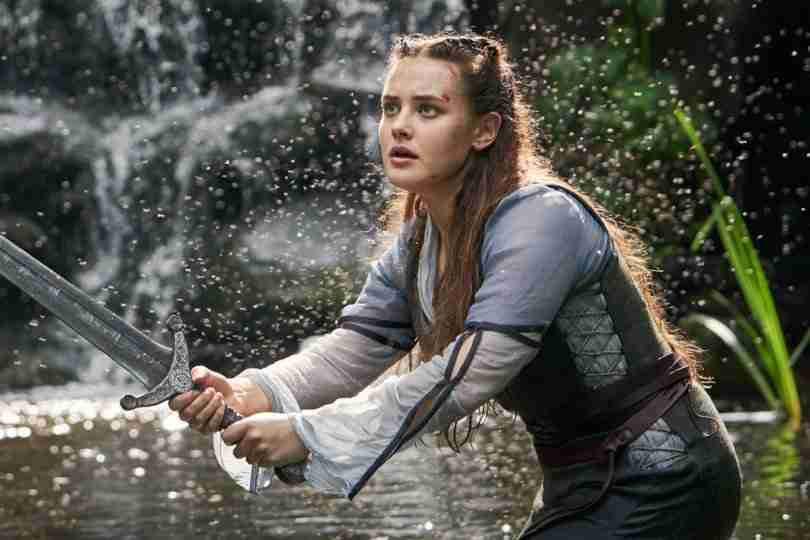 I am not only Merlins daughter, I am my mothers daughter too. Unquestioning. Obedient. My mother thought Merlin should have the sword, and so I ignored my eyes and my guts and just rode off to hand it to him.

My people are not led by kings, they are led by queens.

The place, I feel it studying me, searching for weakness.

I’m the prize that they seek.  The prize distracts them long enough, gives you a minute’s jump on them.

Coins found in pockets can still be spent. But nothing in life is free. I do have a small favor to ask in return.

All we have now is you.

Like you the Red Paladins too everything from me. My mother. Friends. My home. Everything. Everything but this. This is the sword of our people, forged in the Fey fires when our world was young. The kings of men have fought wars to possess it, and the Church sough to destroy it because within its blade lies the collective power of our ancestors.

You are not the true king, I bought you. I claimed you as my own. I placed you on the seat of power.

To beat a devil, you must make a deal with one.

Those who chase the sword are doomed to obsession. But those who are patient, who let the sword come to them, are the ones with the wisdom to wield it.

I am the wolf blood witch and I will slaughter every Red Brother from here to Rome if I must!

To fight is to die.

I’m Eydis, first daughter of Cumber, the one true blood heir to House Pendragon. You asked for our help to kill the Wolf-Blood Witch. My father says “Yes”.

A brave fool but still a fool.

You were demon-born. An abomination in the eyes of God. But I spared you from the fire because you could sense your own kind. I gave you scripture. I gave you discipline. I forged you into one of our sharpest blades. I turned you against your maker. And I laid the first brick on your road to salvation. But I cannot walk the road for you, my son. I cannot save you from the flames. You have to have the will to do what is necessary.

We delay Gods justice no longer. Sword or no sword, tonight we send you back to hell.

I killed her and then I became her. Now I can feel who is about to die. It’s Merlin.

A long time ago my name was Lancelot.

Out of the darkness there always comes a light, blindly in its clarity, searing in its strength, pure as our Lord God is pure. For make no mistake, to smite the Wolf-Blood Witch, God has sent us his own avenging angel. Today, we add to the ranks of the Trinity a new warrior of God. Rise, Sister Iris.