The Secret: Dare To Dream is a cookie-cutter yet heartwarming film, loosely based on the book of the same name. Despite Katie Holme’s lackluster performance, the powerful message saves the day. Check out my movie review. 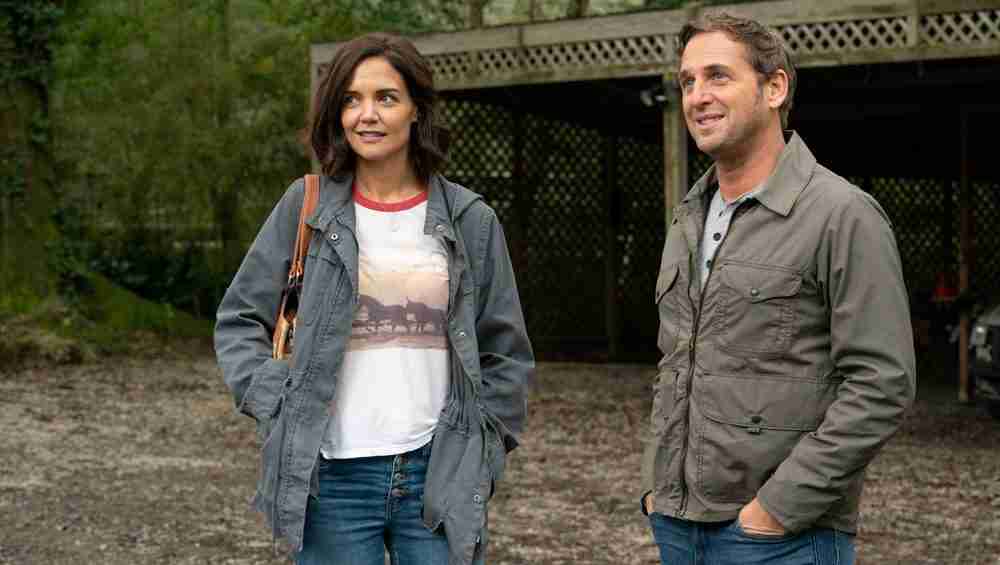 The Secret: Dare To Dream, starring Katie Holmes and Josh Lucas, is loosely based off the book by the same name. The book seems to fall in that romantic “Nicholas Sparks” type of genre of romance and heart-break.  And while this film may not fit the bill perfectly, the title does suggest there is a “secret” to be revealed at some point in the plot.  While the film seems like another “cookie-cutter” romance flick, the concept of “manifesting positive vibes to achieve goals” is a theme I definitely got behind.

Check out these inspirational The Secret Dare To Dream quotes.

Miranda Wells (Katie Holmes) is a young widow with three kids, who is struggling with work-life balance, money problems and oh yeah, a hurricane which destroys her roof.  Enter the stranger with an envelope named Bray Johnson (Josh Lucas), who has traveled many miles to deliver said envelope to Miranda, but instead ends up fixing her roof and befriending her family.

While the contents of the envelope are left up in the air, which is speculated as “the secret”, Bray begins to grow close to both Miranda and her children.  To make the story a true tragic romance, Miranda is also engaged to her boss and restaurateur Tucker (Jerry O’Connell) whom she seems to lack interest in, partly because she seems more interested in the mysterious handyman. 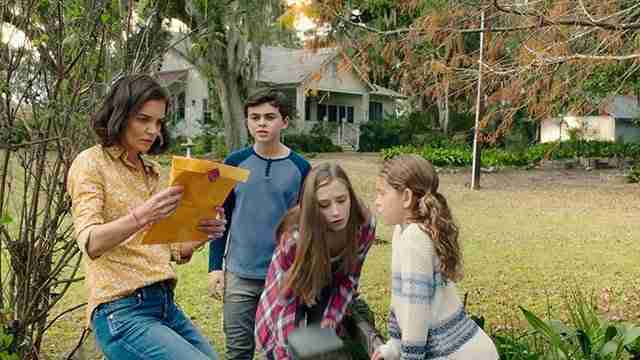 The Message Of The Film

The concepts of “what you think you create” and “what you feel you attract” is a powerful message this film tries to deliver to viewers. While taking shelter in the Weston’s home during the hurricane Bray explains the laws of attraction to the kids, comparing it to magnets. He challenges the kids to manifest a pizza, which wouldn’t you know is soon delivered by Tucker, who ordered it for the family ahead of time.  While the example is a little far-fetched, it is a movie afterall, it proves his point of how the power of the mind can achieve the things you wish for.

Doesn’t it seem like every good romance film involves a love triangle?  With “the secret” in the envelope still looming throughout the movie, the love triangle between Miranda, Tucker and Bray is thrusts upon viewers.  This is where the movie gets iffy for me. As much as Josh Lucas and Jerry O’Connell try to force the chemistry with their co-star, Katie Holmes performance was dull and emotionless.  And instead of rooting for a love connetion between the three, we are left wanting better for both Bray and Tucker.  Sorry not sorry.

For a movie about a secret, which literally has “The Secret” in its title, I think it is no secret this film does not live up to its name.  Yes we eventually learn what the secret envelope is all about, but by the time we do, nobody cares.  In fact, I believe this film should be renamed to “The Message” because it was the message of attracting positive things in your life which struck me.  And while it was hard to get pass Holmes’ lackluster performance, I still believe this movie is worth the watch, especially in a time we need all the positive manifestations we can get. 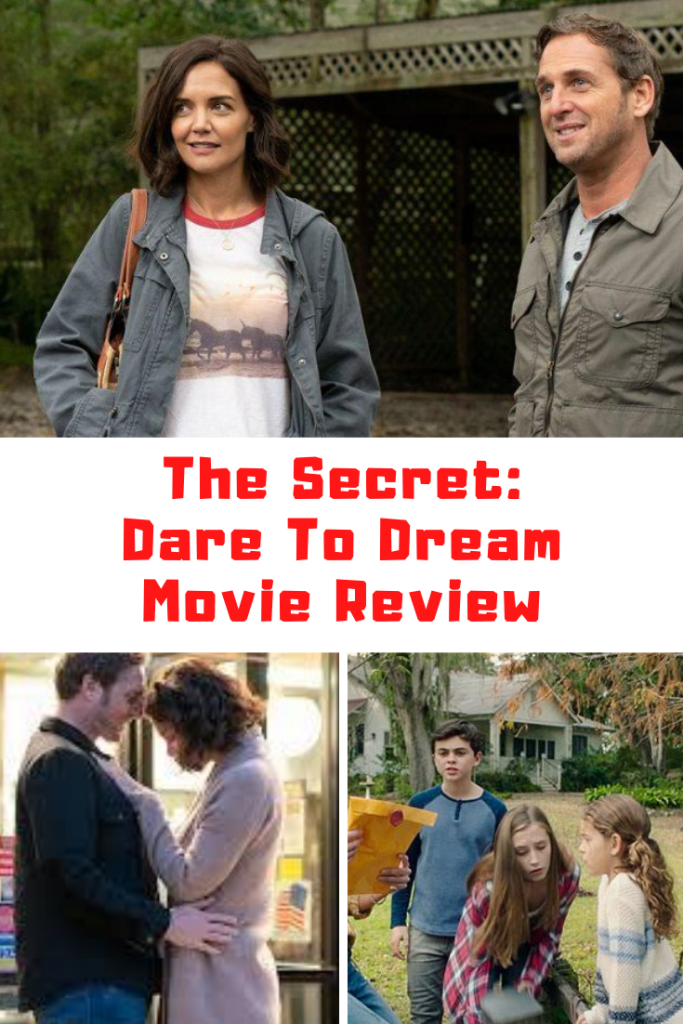